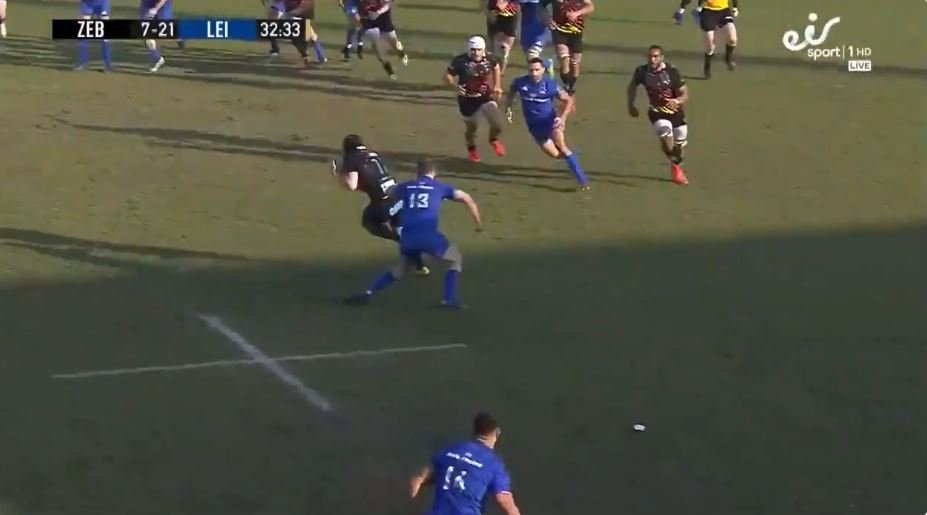 “That’s pretty good wheels from Jamie Elliott, because Adam Byrne is no slouch.”

Elliott, an outside centre by trade signed from Bedford Blues earlier this year.

Grown in the Northampton Saints’ Academy, Elliot made his debut in the Premiership at the age of 18 in November 2011 with the gold, black & green jersey, scoring a try in the win at Sale. In eight seasons at Franklin’s Garden, the centre played 155 official matches with the English club between Premiership, Anglo-Welsh Cup and European Cups.

"That's pretty good wheels from Jamie Elliott, because Adam Byrne is no slouch."

In total, 24 tries were scored by Elliott in the English Premiership in 120 games played. In the 2012/13 season, he was also the top try scorer of the Northampton Saints with 11. The following year Elliott won both the title of England champion and the EPCR Challenge Cup with the Saints. Last summer the player signed with Bedford Blues, his hometown club, taking part in the Championship. In the 2018/19 season, he made 6 appearances with the Blues jersey.

At a youth level, the 26-year-old has was part of the England youth national teams and played an Under 20 Six Nations in 2011, won by England with the grand slam of victories. Internationally, the English centre has also played 24 Heineken Champions Cup matches, reflecting its great experience that he will make it available to the Zebre coaching staff directed by former Ireland scrum-half Michael Bradley.