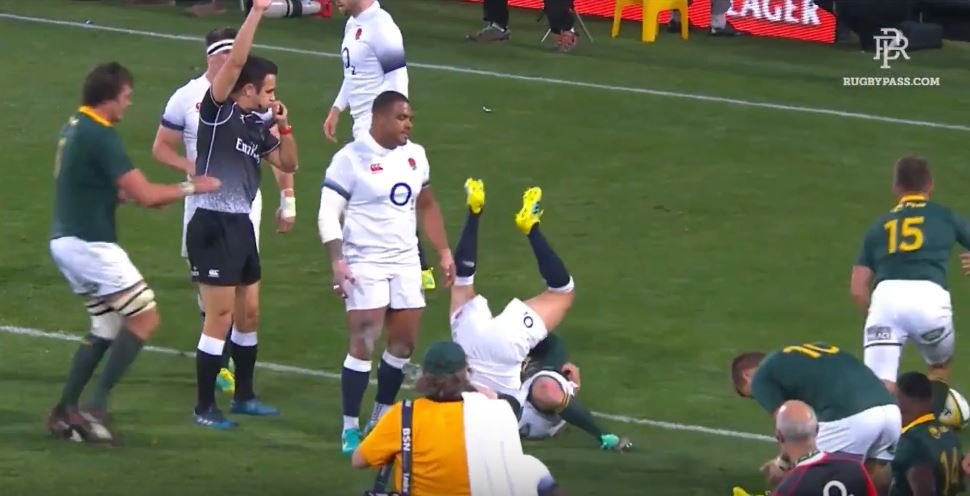 FOOTAGE: The first on pitch HORROR fail of Maro Itoje’s career has happened

It’s maybe the most obviously silly mistake of his career.

Basically what has happened is that Maro Itoje has fallen over. Itjoe was a pillar defender at a ruck and over eager to get to Faf de Klerk, goes to dive over the ruck believing it to be out. It appears to think better of it and holds his hands up as if to say ‘I’m not playing the scrumhalf’ before sort of falling over. Faf pounces and then lets Maro know all about it directly after.