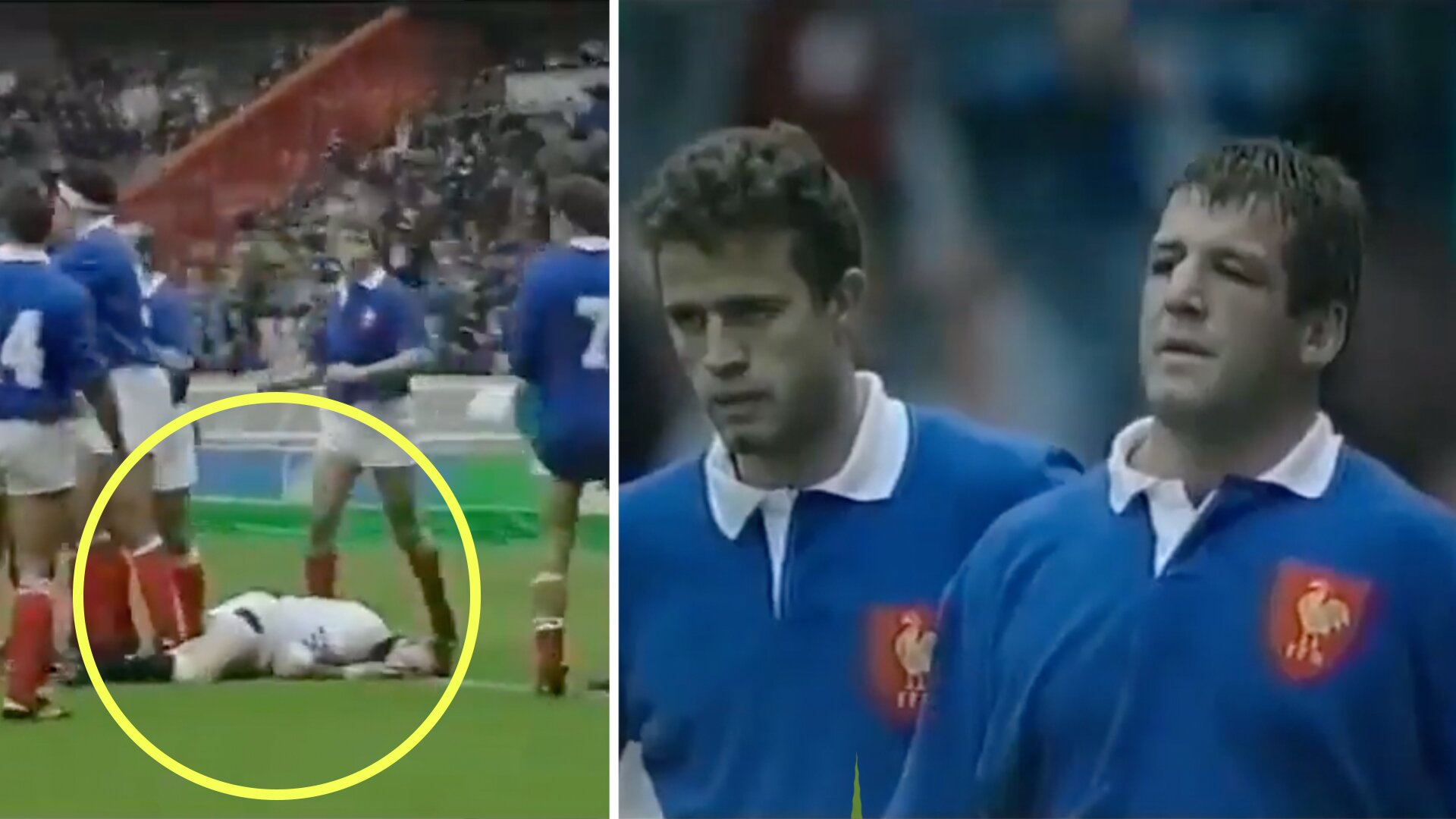 A stunning new video has revealed just how brutal rugby matches used to be in the 1980s. This video comes from a Five Nations clash between France and England in rugby.

Old footage from 1980s five Nations tournament shows how anything went in those matches at the time.

Rugby in the modern era is seen as aggressive and hostile, however it doesn’t hold a torch to the brutality of rugby before the professional era began.

A video maker called ‘Owen Farrell shoulder’ created a video with footage of the rugby matches in the 1980s.

Players such as Brian Moore for England and Serge Blanco for France all featured. The latter,  Blanco, is seen in this video punching an England player right in front of the camera. There were no TMO initials back 80s so the Frenchman got away with it.

We feel this really portrays how rugby has come on leaps and bounds in the last two decades.

Rugby before the professional era was rife with cheating, fighting and all-around dangerous play. Instances of players being raked off the ball and punched were commonplace. Only in the last few years has technology allowed officials to clamp down on this kind of behaviour. Anyone who says the sport of rugby has gone soft, this is the video to show them.  Nobody wants this kind of behaviour in our sport.

Here is footage from the France vs England match in the Five Nations.

France vs England has always been a brutal clash in rugby. Even in the modern era, historic tensions mean that the game is always a tense and tightly fought affair.

France beat the old enemy in this most recent Six Nations tournament, denying them of a grand slam in the competition.