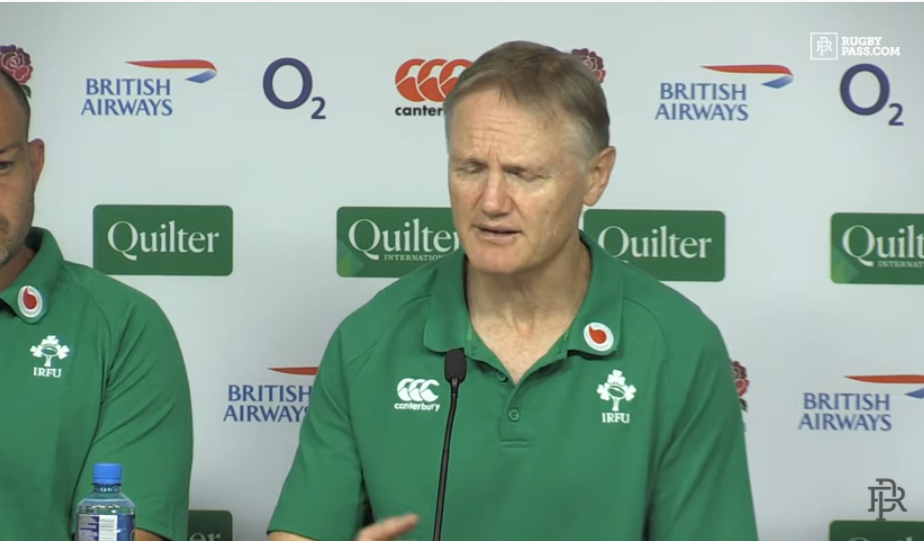 Ireland coach Joe Schmidt and captain Rory Best speak at press conference after their side suffers a 57-15 loss to England.

The Leinster Rugby team, sponsored by Bank of Ireland, to face Canada in the second game of the Bank of Ireland Pre-Season Series has been announced by head coach Leo Cullen.

Leinster’s pre-season schedule kicked off last Saturday at Energia Park against Coventry Rugby with Cullen’s men coming out on top 47-17 against the English Championship side.

In the backs, Jimmy O’Brien has been named at full back with Adam Byrne on the right wing and Barry Daly on the left.

Conor O’Brien and Rory O’Loughlin will once again line up in the centre together.

It’s a first involvement of the pre-season schedule for both half backs as Hugh O’Sullivan and Ciarán Frawley start in the number nine and ten jerseys.

In the pack twin-brothers Ed and Bryan Byrne line up at loose head and hooker with Michael Bent at tight head prop.

Ryan Baird starts in the second row with captain Scott Fardy alongside him.

Max Deegan will start the game from blindside flanker, with Will Connors at openside and finally Caelan Doris at number eight.