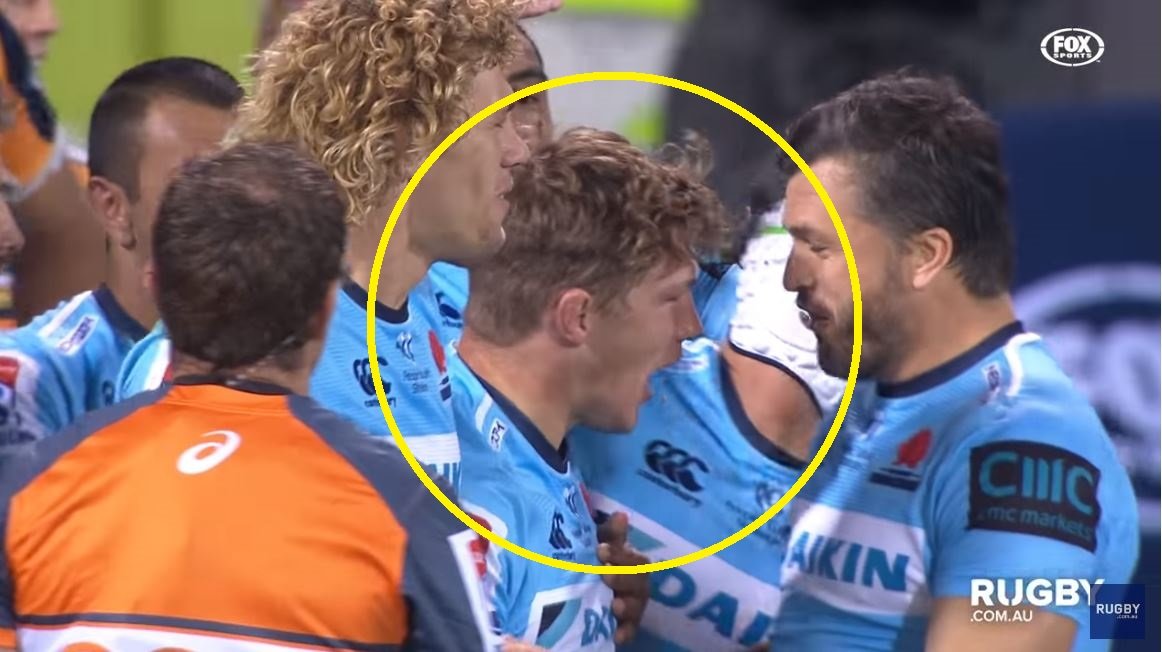 It’s the most skillful trick play going and Michael Hooper got on the end of it.

Waratahs 10 Bernard Foley has to hit the post with the ball, causing it to bounce back into Michael Hooper’s arms. It’s a very hard play to pull off but the Tahs did it.

The Brumbies held on in an epic clash against the Waratahs at GIO Stadium.