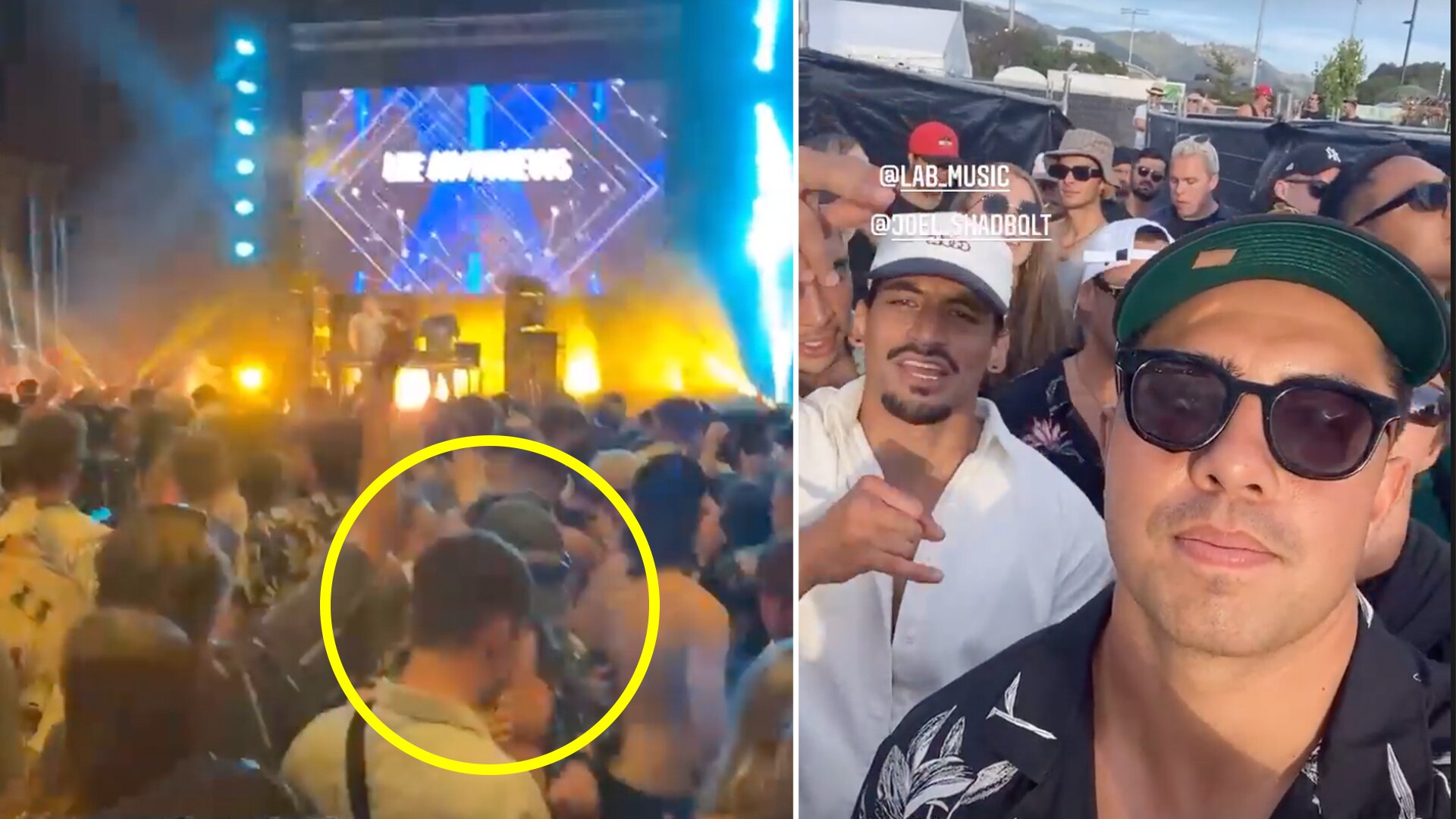 New footage shows several prominent New Zealand rugby players enjoying themselves in at festivals in their home country which currently looks like it is completely back to normal.

While the majority of the Western World bunkers down for more lockdowns, the footage reveals just how far away the rest of the world is with catching up with the New Zealand.

All Black centre Anton Lienert-Brown could be seen at a festival on his social media, partying with other Highlanders players in a world far removed from the one that many rugby fans will now know in Europe and South Africa.

The 25-year-old Highlanders player is one of the first names on the teamsheet for the men in black in 2020, and he looks like he will be enjoying a welcome break from the sport.

Someone recorded the Instagram story on the All Black star as he partied in New Zealand this weekend.

While SA and UK suffer with COV, this is what All Black rugby players are enjoying in New Zealand! pic.twitter.com/cw2B0CuTvE

South Africa and England are currently in the depths of a second wave in their countries as Coronavirus takes hold. New Zealand currently has 5 active cases…

There have recently been calls for the Lions to tour New Zealand this year instead of South Africa because of the current situation that they are in.

Super Rugby Aotearoa is set to begin again in late February as the country comes out of a long virus free summer. We will be covering all of it from there.