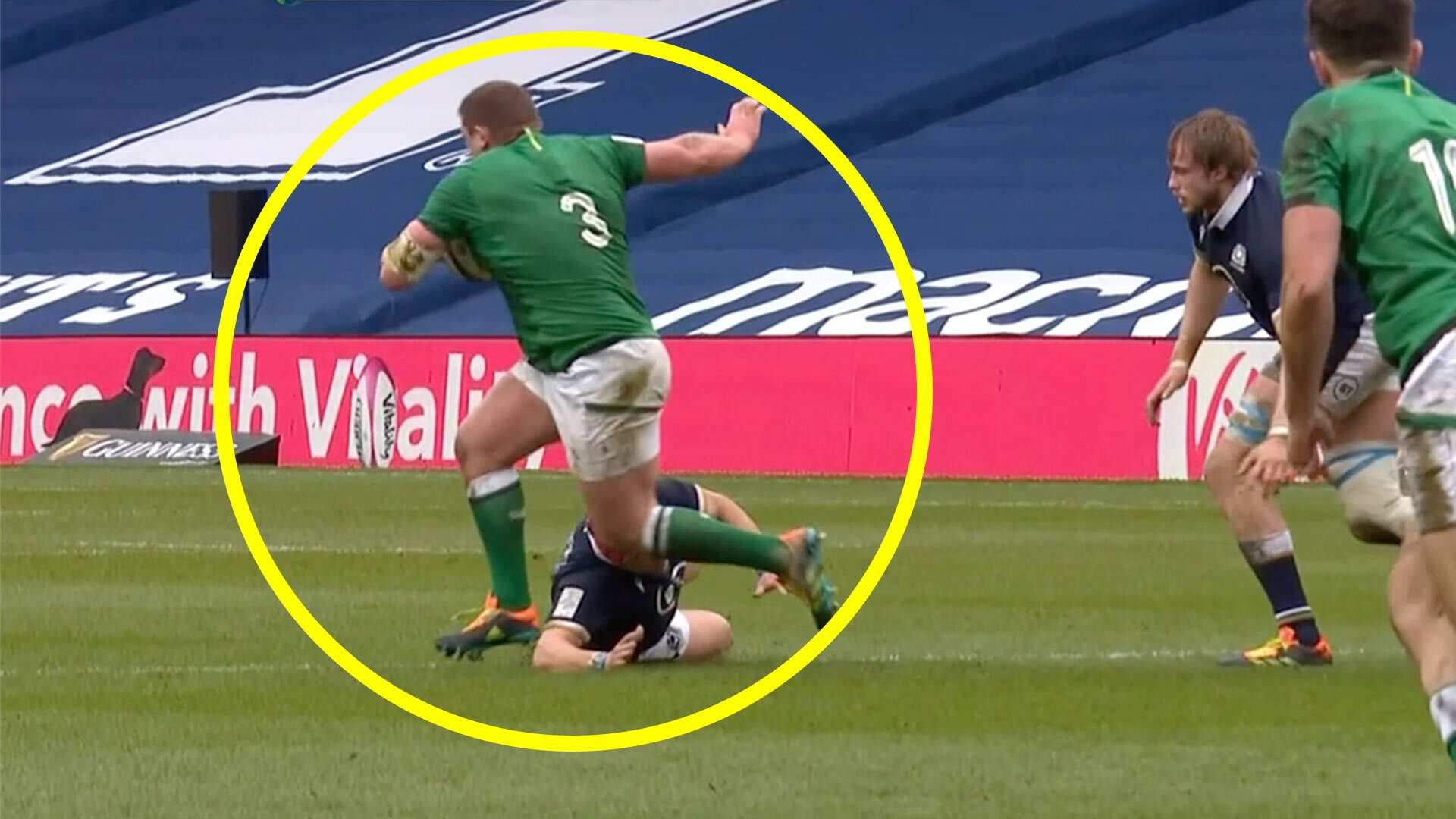 Footage showing Ireland prop Tadhg Furlong sidestepping an opponent for Scotland appears to have broken large swathes of the internet.

Scotland are playing against Ireland in the Six Nations today in a game which is neck and neck throughout. At the break, there was only 1 point separating both of the teams.

Footage showing the sizeable Ireland prop sidestepping a player has shocked and amazed many rugby fans.

Props in rugby are not normally known for being the most nimble players in rugby, and Furlong himself is known for his power and size, not his nimble feet.

Ireland started well in this game, in a match which many considered them underdogs.

He seems to have bucked this trend today however as he show superb footwork to hoodwink a Scottish player in the 26th minute of the game.

Rugby fans and players have reacted with amazement to the incredible step.

Oh my Furlong. Is there a finer sight in this sport than a tight-head prop dancing around like a ballerina rhino

Furlong is considered by many to be one of the best props in the world, using his strong scrummaging technique alongside his stepping to make him truly one of the best rugby players on the planet.

This footwork from him will surely imspire much of the front row union in the Rugby World.

It does not matter what size you are.

You can step-anyone if you put your heart into it, just don’t snap your own ankles in the process!

Another angle for people who just can’t get enough of this sidestep for the big prop!