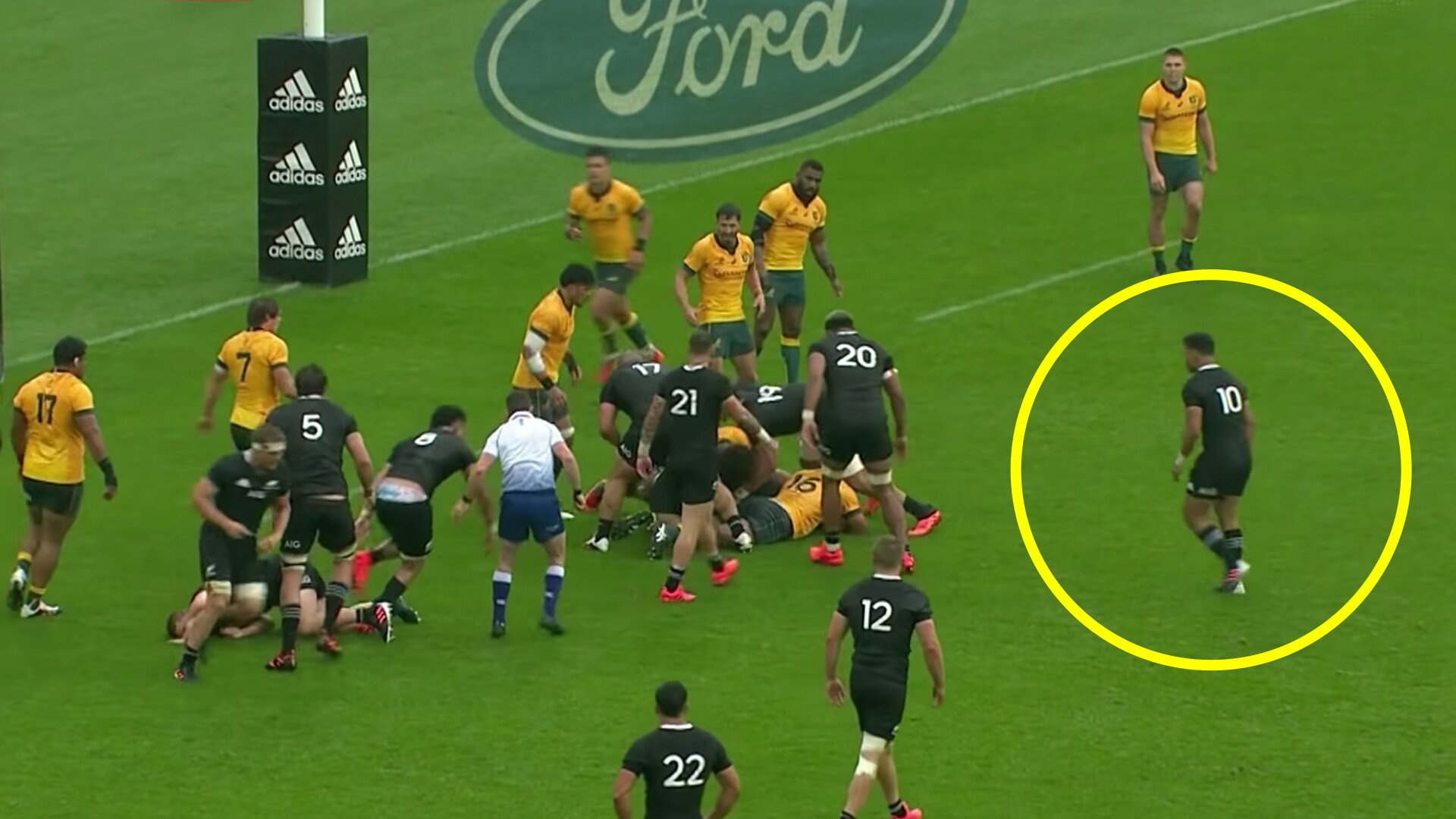 We don’t know what to say about this, well we do. What the FARK happened last weekend. New footage proves Richie Mo’unga deliberately hid away from the winning drop kick chance which would have won them this year’s first Bledisloe Cup match.

Rugby fans around the world were left perplexed when the All Blacks refused to go for a drop kick in the game when they were drawing 16-16.

My 3 year old just asked ‘where the fuck was the drop goal???’

Un fucken believable, so many drop goal opportunities and we took none of them. Mindboggling.

Many rugby fans would have been looking to one of their best players, Richie Mo’unga and wondering why he didn’t go for the drop goal at the most pivotal moment in the match.

From looking at footage of the match, you can see that he is in almost the perfect position for a drop goal to win the game, even in wet conditions.

You can see he is clearly in almost the perfect spot here. All he has to do is take a few steps back. But then, it looks like he suddenly COMPLETELY bottles his star moment and he begins walking towards the breakdown. There is no need for him to join the breakdown. His walk is deliberate and slow.

Looking back on the footage, we were shocked to see that the fly-half chose the bottler’s way out. We expected better than this from a Kiwi rugby team, who in recent months had gone up in our estimations.

You can see he decided to join the ruck rather than take the kick. Many of the good people at Rugby Onslaught may wonder, why we are ‘going after’ Richie Mo’unga for this bottle job moment. Let me put this to you. If Sexton, Farrell, Pollard had done this, would you not say anything about it.

Check out this moment when he chose to hide away from the kick.