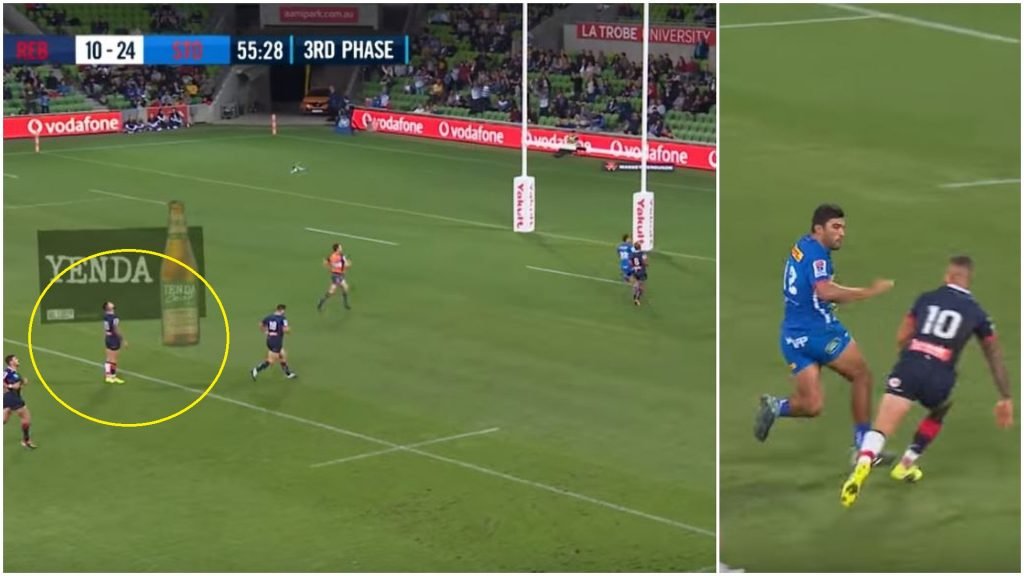 Quade Cooper been on fire this season but it seems to have come to an end with a flaky showing against the Stormers.

One of the biggest criticism of his game is that he is liable to such collapses in big matches and it seems his critics got what they were looking for as the Rebels went down to the touring Stormers.

Cooper first misses a one on one tackle and then fumbles badly.