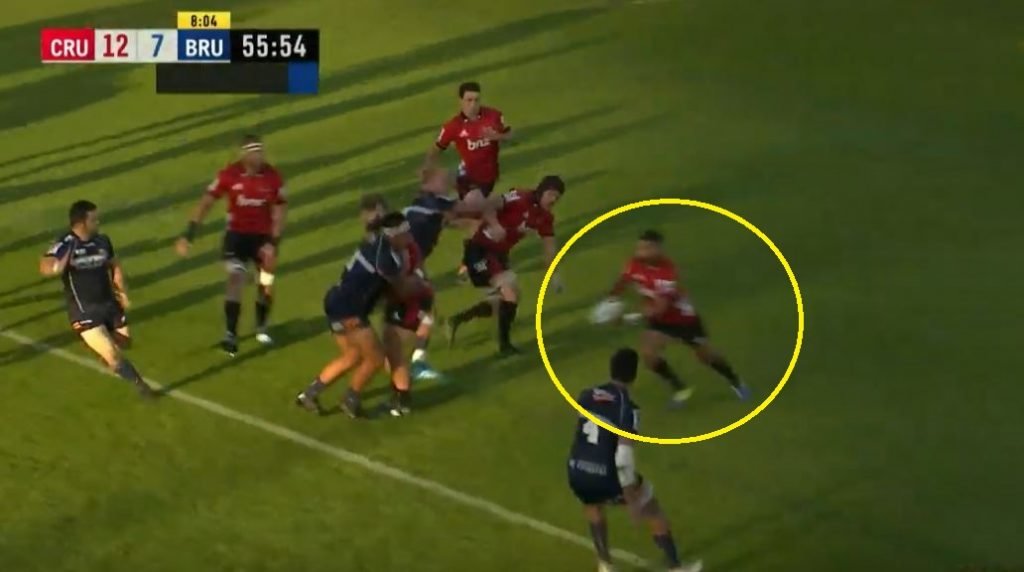 Much has been made of BB’s speed in recent years but actually, it’s now clear that Mo’unga is also super fast.

A second-half blitz from the Crusaders has seen them come away with the bonus point victory over the Brumbies.