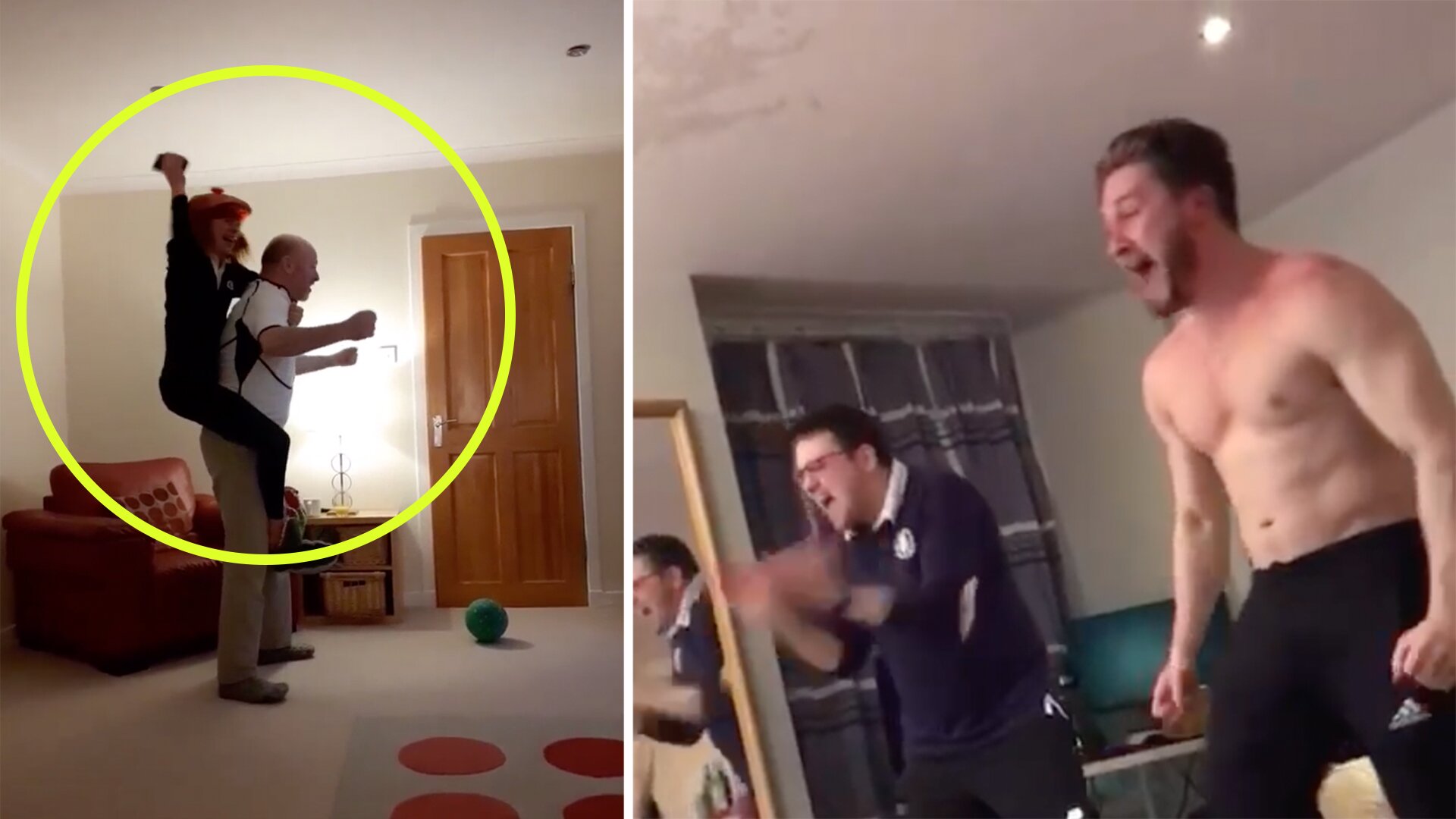 Footage showing Scotland rugby fans celebrating their historic victory over England is going viral on social media for all the right reasons.

Scotland defeated England in the Guinness Six Nations this weekend in and 11-6 game. The win was the first victory for the men in blue in over 38 years at Twickenham,

Footage has emerged this morning show dozens of videos of different Scottish fans celebrating their historic victory over their oldest enemies.

As you can expect, the Scottish fans were over the moon with this shock win. It creates some truly unique viewing as they celebrate like never they never have before.

England rugby went into this match as firm favourites, it made the Scotland win all the sweeter for their fans who had been been written off this week in the media by Eddie Jones.

One of the videos shows a Scottish fan celebrating with a member of his family this is probably the first time that he has seen his sides win at Twitter since he was a little boy.

My mum just fired this on the family group chat. Old man, formerly on the @Scotlandteam backroom staff, losing his absolute mind and ragdolling the youngest Lyall about 😂 On yersel Dougie lad pic.twitter.com/tYPIvn8dXl

This was not a unique case, there were cases all over Scotland of hyped fans sharing the moment they had been waiting for, for decades!

I watched it with two English men who had been chatting bollocks all week about how they were going to beat us and constantly call Scotland a “tier two nation”. Too sweet doesn’t describe it. pic.twitter.com/lCWkCzdBI5

Thousand of rugby fans have been involved and the moments have been going viral online!

@SquidgeRugby Me in confusion as Mish gets that last turnover.

Mad seeing my first ever win at Twickenham. pic.twitter.com/0fMznLuQJ8

You’ve seen nothing yet pic.twitter.com/mU1oXNL3Ts

Our personal favourite has to be this clip, showing a BTEC Stuart Hogg lookalike revealing his sizeable frame in celebration of the historic win.

Here’s my pals from uni pic.twitter.com/xGrPEsuut8