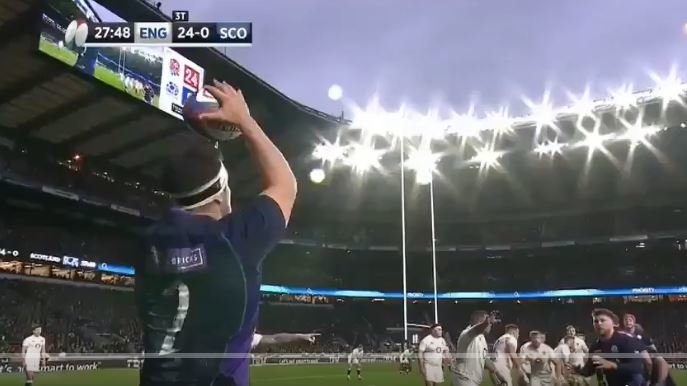 FOOTAGE: The blatant red card hit that Manu Tuilagi got away with against Scotland

It’s as clear as day.

Off a lineout in England’s 22 Manu Tuilagi charges up and nearly takes the head off Scotland centre Sam Johnson. It was off the ball and as a result was completely missed by both linesmen and the ref.

He’s very lucky. It was high, with power and late. It would have been a straight red

Something tells me Sam Johnson might have felt that… pic.twitter.com/zMe1rOrEV8