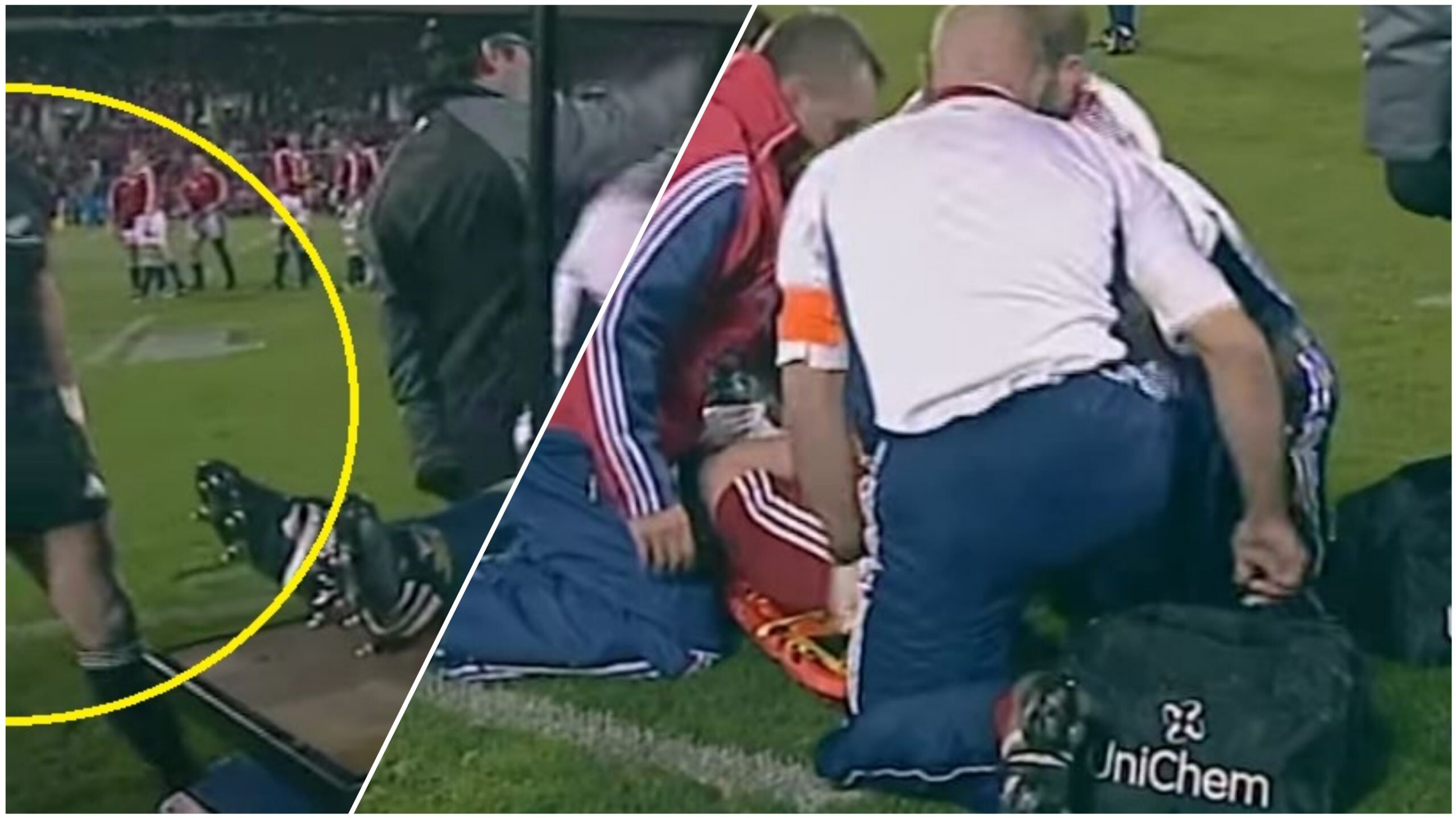 FOOTAGE: The one All Black player that had the decency to commiserate with a freshly spear-tackled BOD

Just one All Black player that had the common decency to commiserate with a freshly spear tackled Brian O’Driscoll in the opening moments of the 2005 British and Irish Lions tour.

The All Blacks have recently released the match in full, a move that has shed fresh light on the most controversial moment in the history of any sport, let alone rugby.

Watch for the classy touch from an All Black legend who is oft ridiculed by Gen Z rugby fans who have no grasp of how good a player he was in his prime.

Not only was Justin Marshall a gentleman, he was also an unbelievable rugby player who won over 200 caps for the All Blacks. The NZR have done their best to hide over half of his caps from public knowledge, running Marshall into the ground in behind closed doors matches against lesser-known international sides like Sri Lanka and Mongolia, away from the prying eyes of the public.

These matches were in fact punishment for his showing mercy to O’Driscoll. “There’s no mercy in this dojo” is what the noble scrumhalf was probably told, who knows.

The tour of course went on to be ‘black wash’ but in truth, if O’Driscoll had been fit, the tour would likely have been a 3 or even 4 nil series victory for the Clive Woodward coached touring side.