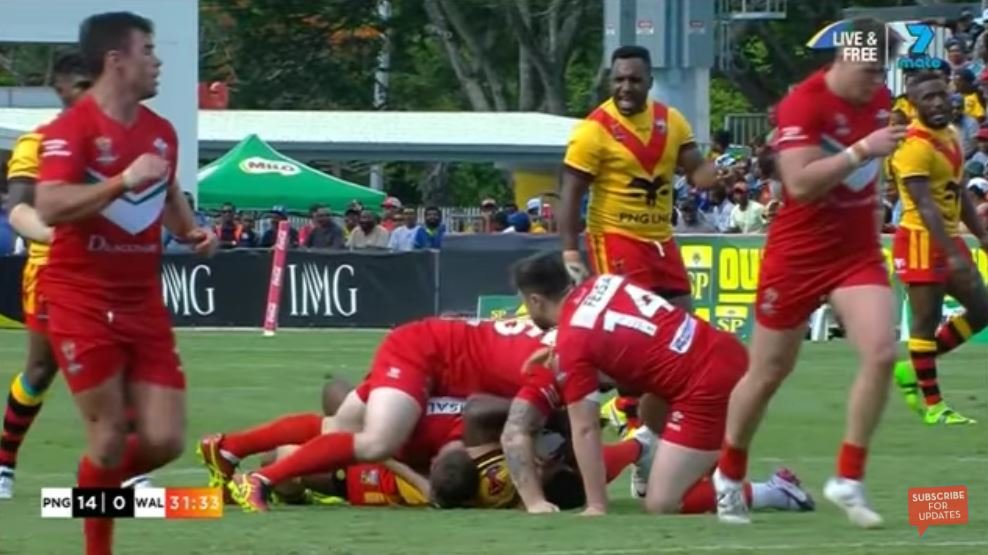 League savages haven’t taken 24 hours to bring their game into disrepute, with an instance of biting already maring their quaint little ‘World Cup’ over in the Australia.

The match between Wales and PNG, Welsh player Ben Evan snitched on a PNG player who apparently bit him, albeit after Evans appears to put his hand in his mouth.