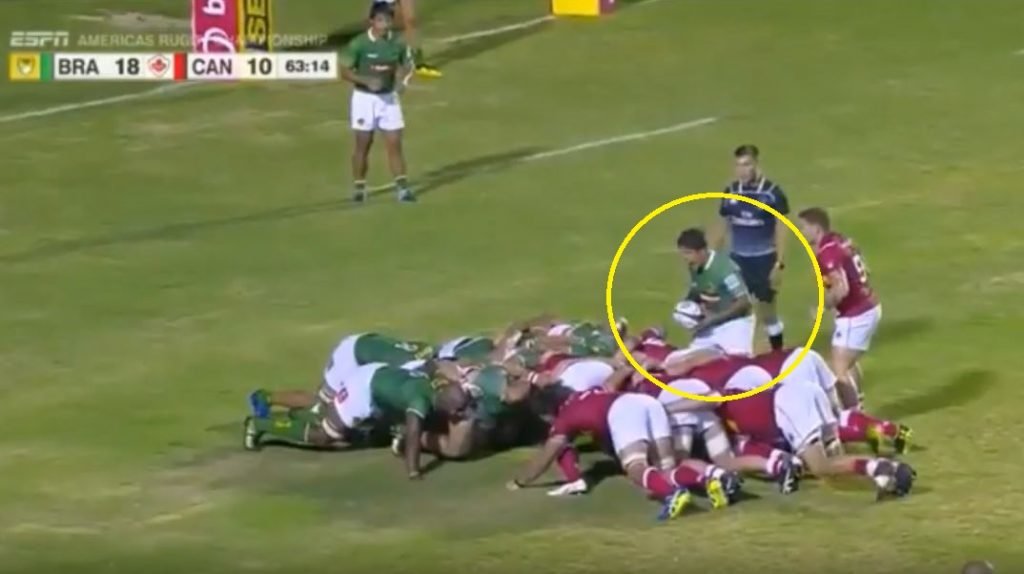 FOOTAGE: What this Brazilian 9 does before every scrum put in is quite bizarre

Brazil beat Canada over the weekend in big shock and their scrumhalf Lucas Duque put in a standout performance in more ways than one at the at Estádio Martins Pereira in São José dos Campos.

Duque appears to roar every time he puts the ball in the scrum. Like properly roar.

Brazil made headlines with a first victory over Canada in the second round of the Americas Rugby Championship to close in on a men’s World Rugby rankings high.

Looking to claim a second North American scalp, having defeated USA a few years ago, Brazil’s dominant scrum was a major factor in an 18-10 win in São Paulo, propelling them to 24th, just two places off a new rankings high.