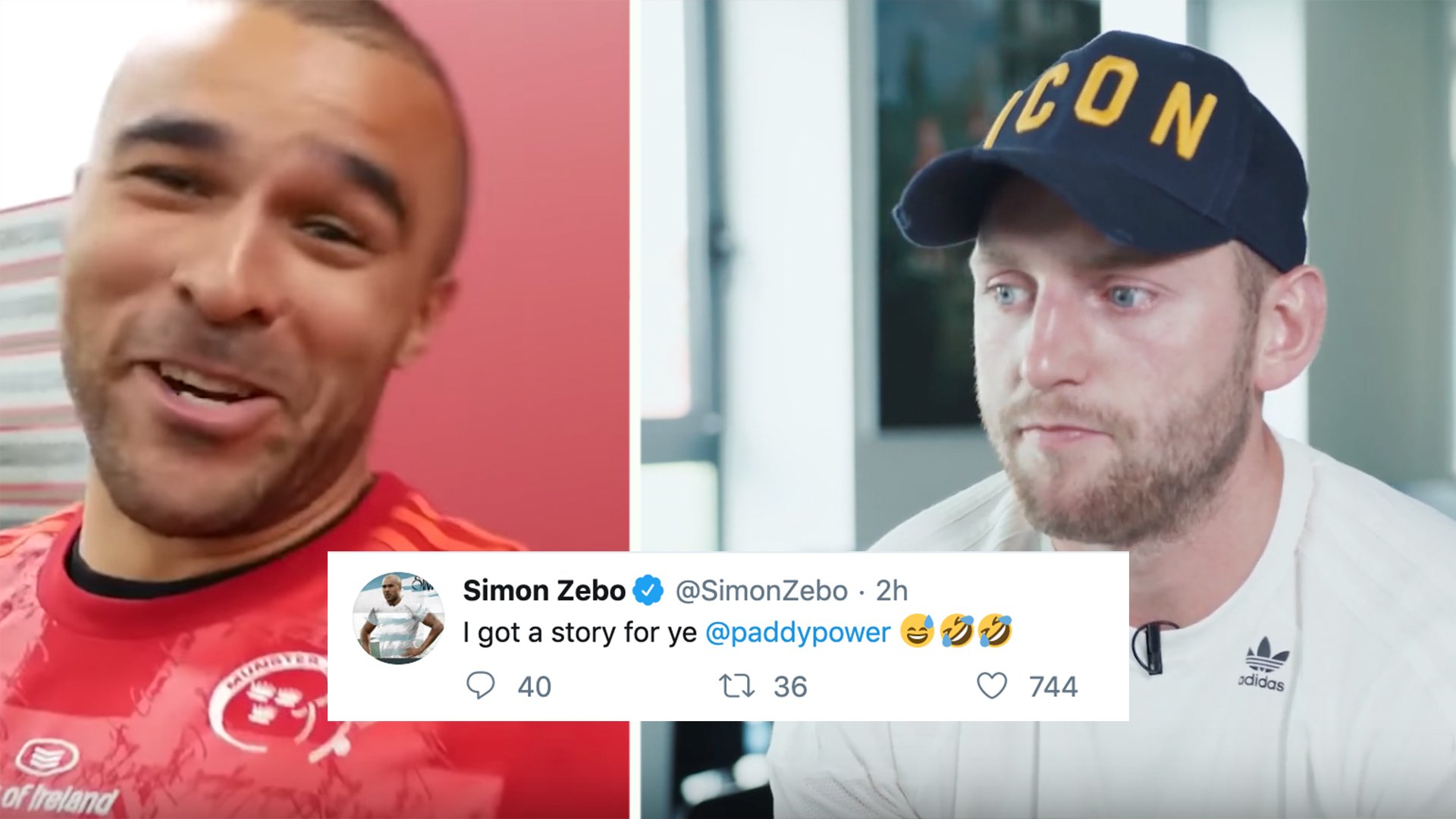 Scottish Rugby today announced that Finn Russell would not be available to play for Scotland in the Six Nations opener after “a breach of team protocol”.

Here was the statement that the SRU released today…

STATEMENT | Scotland team spokesperson: “Stand-off Finn Russell will play no further part in preparations for Scotland’s Six Nations opener against Ireland, having been disciplined for a breach of team protocol during the week’s camp in Edinburgh. He has returned to his club."

Nobody knows exactly why the mercurial 10 has been left out of the Six Nations team, and speculation is certainly rife online.

His Racing 92 teammate Simon Zebo, who is a known joker has been sending the Internet alight with his monumental s**t stirring.

The second that the announcement was made, the former Munster winger instantly went on the banter bus, posting a collection of tweets.

Below is the first tweet that he published straight after the announcement that Russell was booted from the Scotland squad. Fans under the tweet were begging for Simon to ‘spill the beans’ on what was going on.

The Racing 92 flyer then went on to tag betting company Paddy Power in a tweet, saying that he had a story for them. Could this mean that Zebo knows the scoop, or is he stirring the pot further?

Zebo is a very good friend of Russell since they became teammates at Parisian club Racing 92.

Zebo’s followers online were quick to ask the Irishman if he knew why Russell has been kicked out of the Scotland team. The Internet needs to know!

Zebo then went to post this on his Instagram story, we honestly have no idea what he means by this, it’s either incredible banter or something entirely different.

We will be interested to see the full reason as to why Russell has been left out of the Scotland team which will play Ireland on the first weekend of the Six Nations. Internet