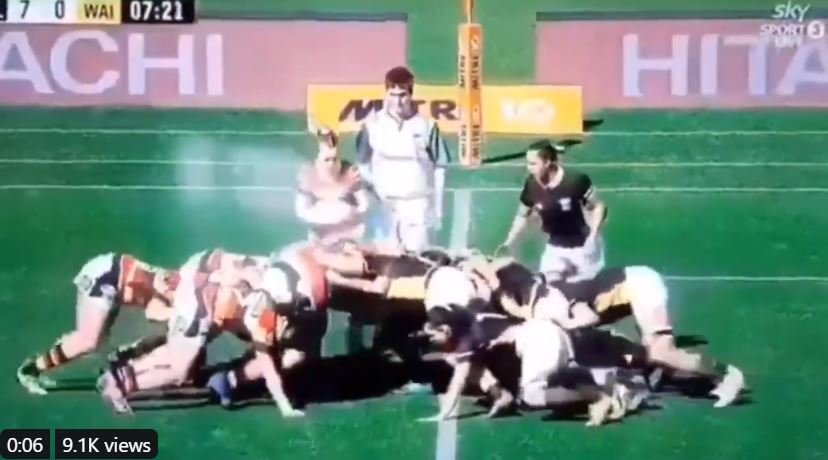 Glasgow Warriors player/coach Petrus du Plessis has highlighted the importance of scrum technique on Twitter with a video from the Farah Palmer Cup.

The former Gallagher Premiership and Champions Cup winner du Plessis is currently the scrum coach with Glasgow, and stressed that “Scrum technique is more important than brute strength,” paying particular attention to the binding at the scrum.

It is clear from this video that the loosehead is effectively binding on her opponent’s shorts come the end of the scrum, and is able to maul her opponent. Conversely the tighthead has a fairly weak bind on the shoulder.

As World Rugby persistently try to make scrummaging safer, this will not be pleasant viewing, as a situation like this could end in a catastrophic injury. This posed a legitimate threat to the whole body from ankles to the neck.

The truth is that the very nature of scrums carry a degree of danger, but there are simple measures that can make it a lot safer.

The Springboks received high praise from Rassie Erasmus, South Africa’s director of rugby, for their physicality after bulldozing to a seven-tries-to-nil, 49-3, victory over Italy to move closer to a Rugby World Cup play-off berth.

Erasmus admitted the performance was far from perfect, but its red-hot core of sustained power and aggression delighted the coaching team.

“We felt in the previous five or six Tests this year it hadn’t been really consistent but I think in this Test match our physicality – which is one of our strengths – was there consistently throughout the game and I am really proud about that,” said Erasmus.