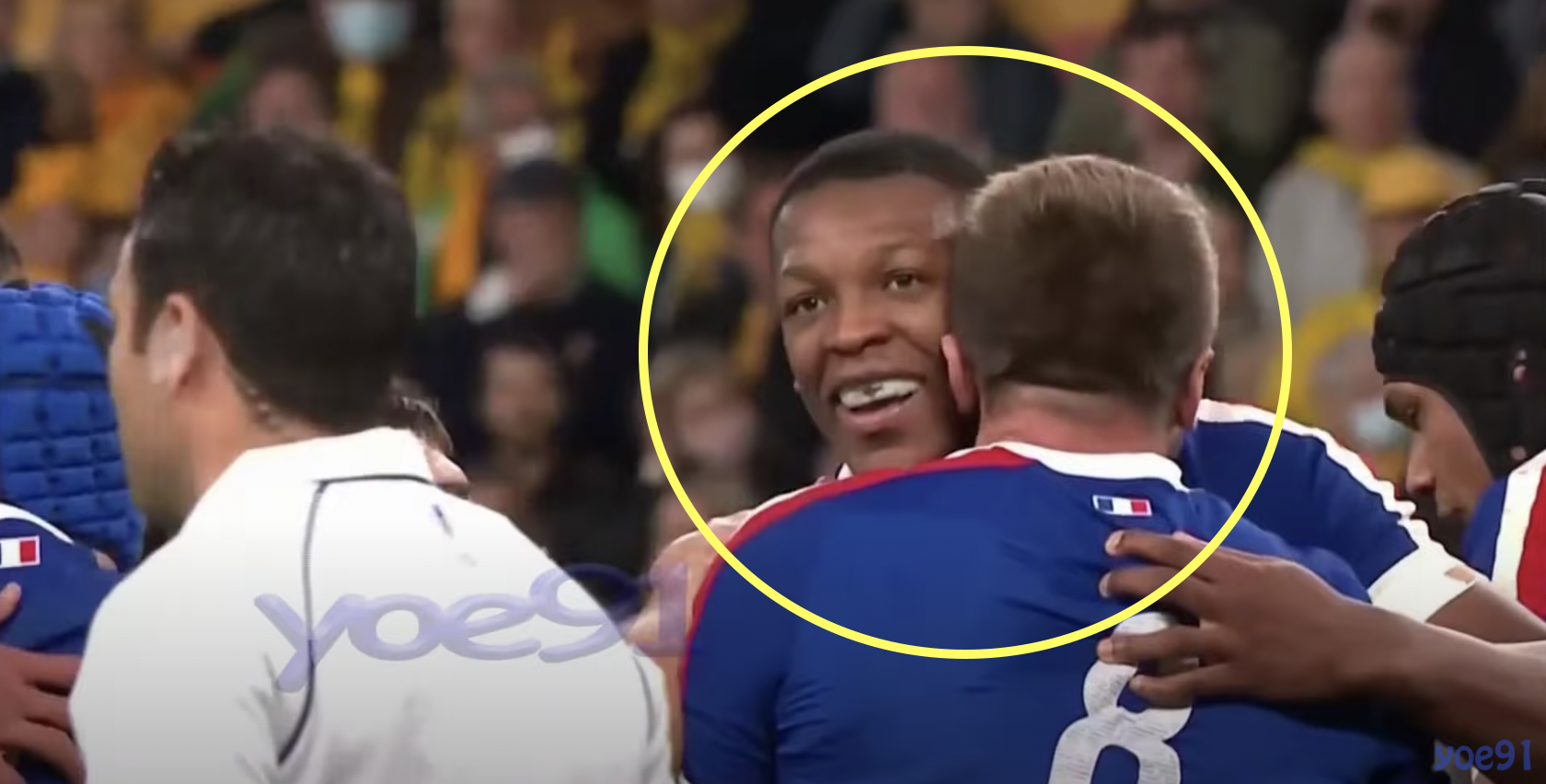 Two teams were created by World Rugby, one from the Northern Hemisphere and one from the Southern, with six players from France making the northern team. One member of the French contingent, flanker Cameron Woki, made a huge statement this year with his performances against Australia. In what was a depleted French outfit, the 22-year-old shone, and will now be very close to Fabien Glathie’s ideal starting XV.

The All Blacks and Australia have six players apiece in the southern team, with an additional two from South Africa and one from Argentina. Fresh from scoring two tries against Argentina in Brisbane on Saturday, the All Blacks’ 21-year-old lock Tupou Vaa’i makes the team.

Three Irishman and three Englishman make the northern team, with a single representative from Wales, Scotland and the United States. The northern team also has two representatives from this year’s British & Irish Lions tour, Louis Rees-Zammit and Tom Curry, with the latter starting all three Tests against the Springboks.

Most of these are already established internationals, while some are still making a name for themselves, but all are expected to be stars on the game in a few years’ time. 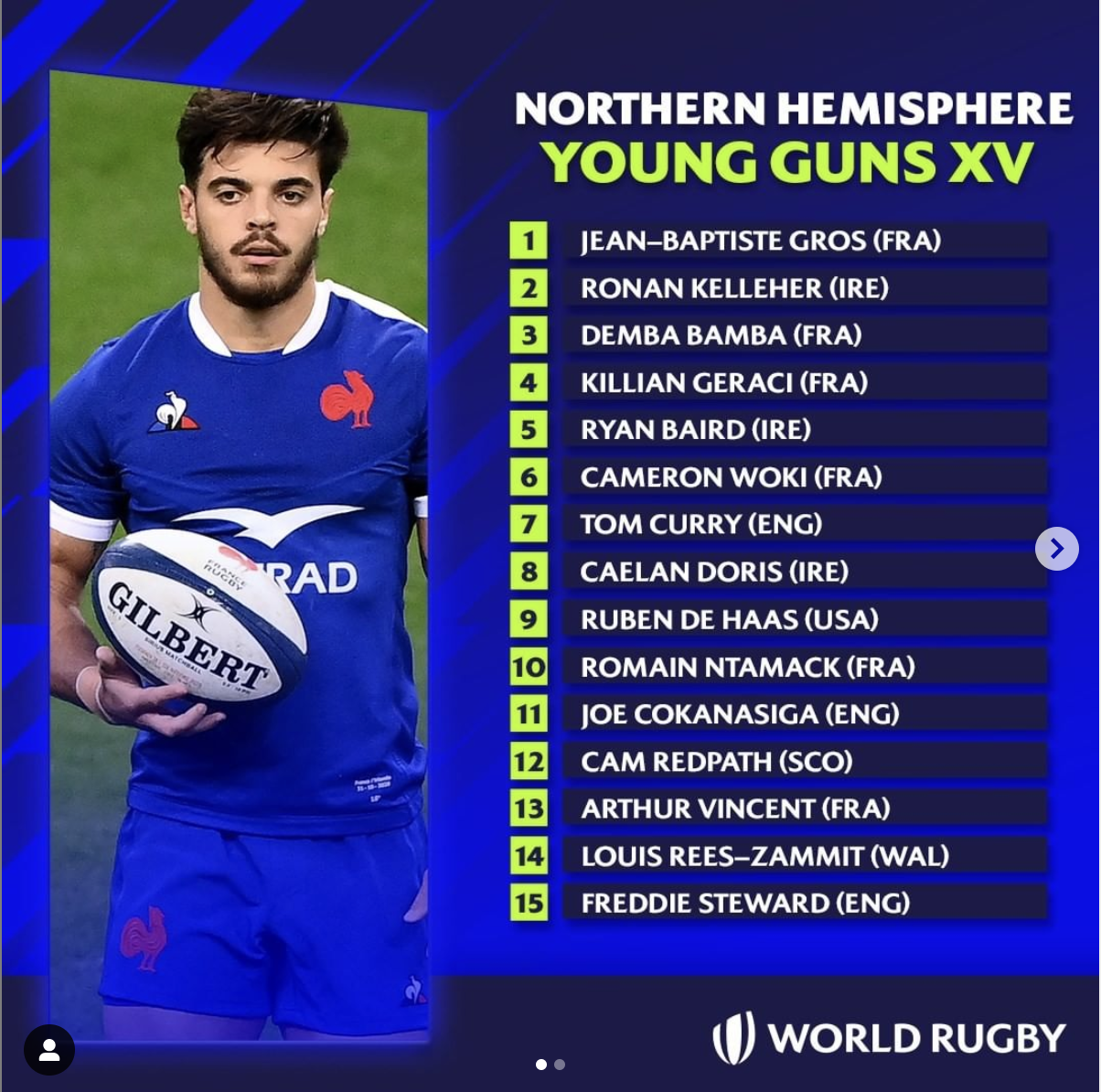 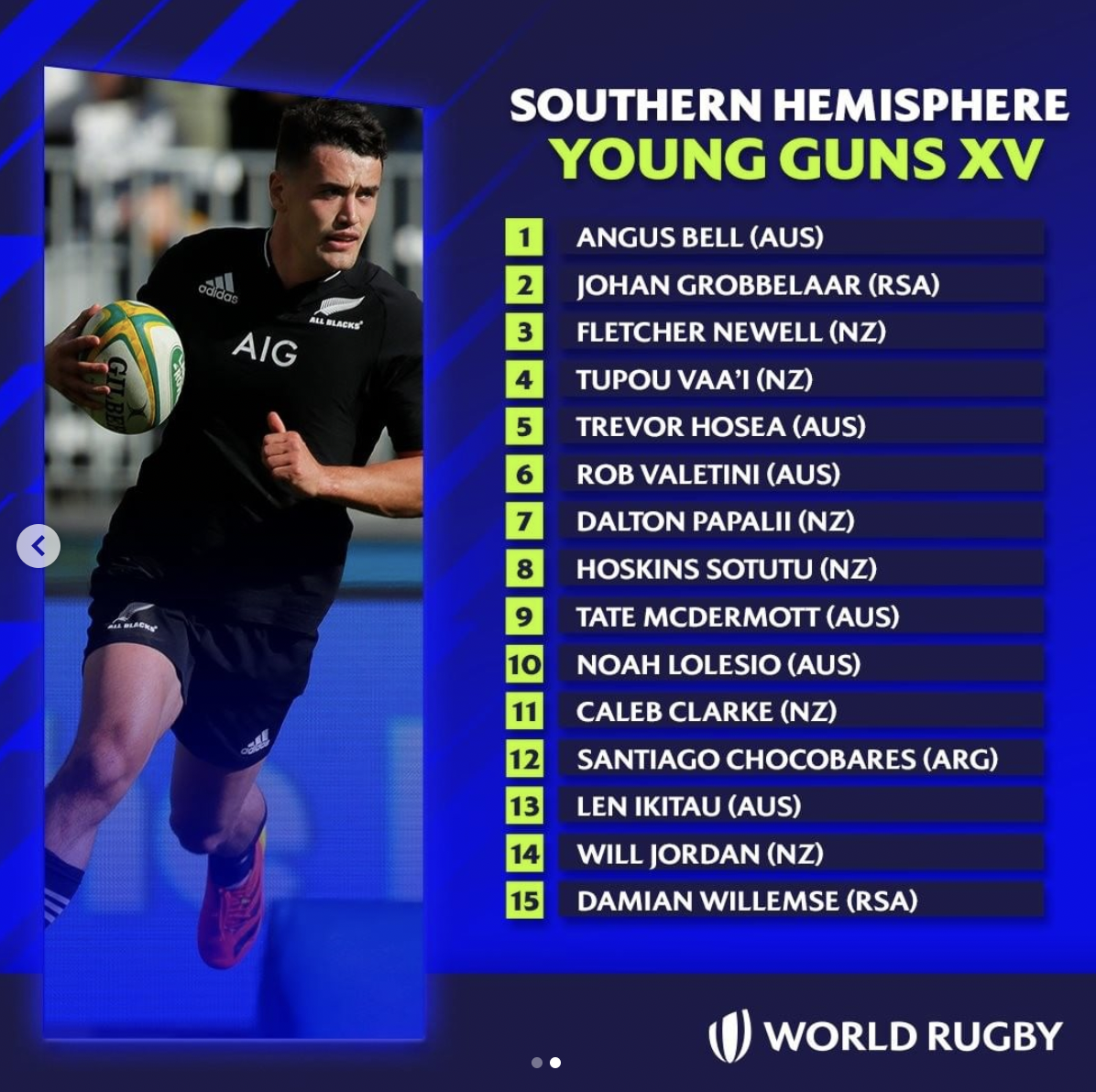