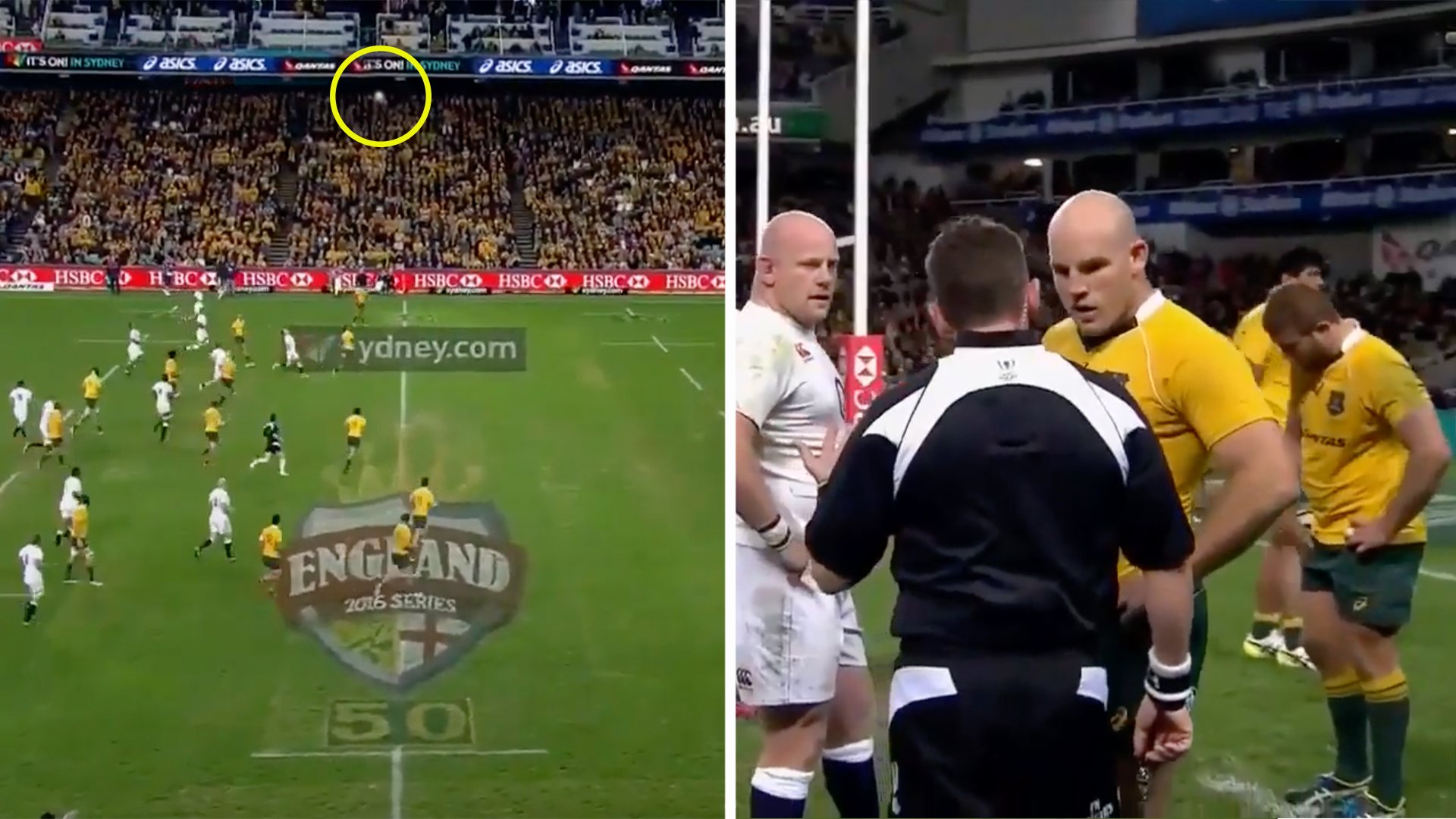 England had never won a tour down under against the Ozzies with this being a huge test in particular for coach Eddie Jones who was looking to back up his Grand Slam triumph with success against his native Australia.

The visitors had already wrapped up the series win with two dramatic victories over their rivals in the three-match tour.

This has to go down as one of the most enthralling end to end tests we’ve seen in the last decade with England taking a 7 point lead early on only for the hosts to equalise almost immediately.

The old foes continued to trade scores in what was a tense affair with players from either side using any opportunity possible to sledge their opposite man.

The Wallabies held a slender one-point lead as the teams began the second half with the scores stood at 18-17.

This video shows where the controversial turning point came.

England fly-half George Ford hoisted up a high ball destined to land deep in Australian territory for his wing-backs to chase only for the ball to bounce off a camera rail high up in the air.

The ball landed cleanly into the clutches of Courtney Lawes handing possession back to England up the field.

Amidst the confusion scrum-half Ben Youngs booted the ball down into the Australian corner giving his side a great attacking platform with a lineout five metres from the Wallaby whitewash.

England won the scrum off of a mistake at the lineout and Billy Vunipola touched down handing England the lead in what was an incredibly close test match.

England went on to win the match and complete a series whitewash.

Referee Nigel Owens explained to Wallaby captain Steven Moore that the ball bouncing off the camera cable offered no clear advantage to either side so the play could go on, we’ll let you decide if that was a fair call or not.