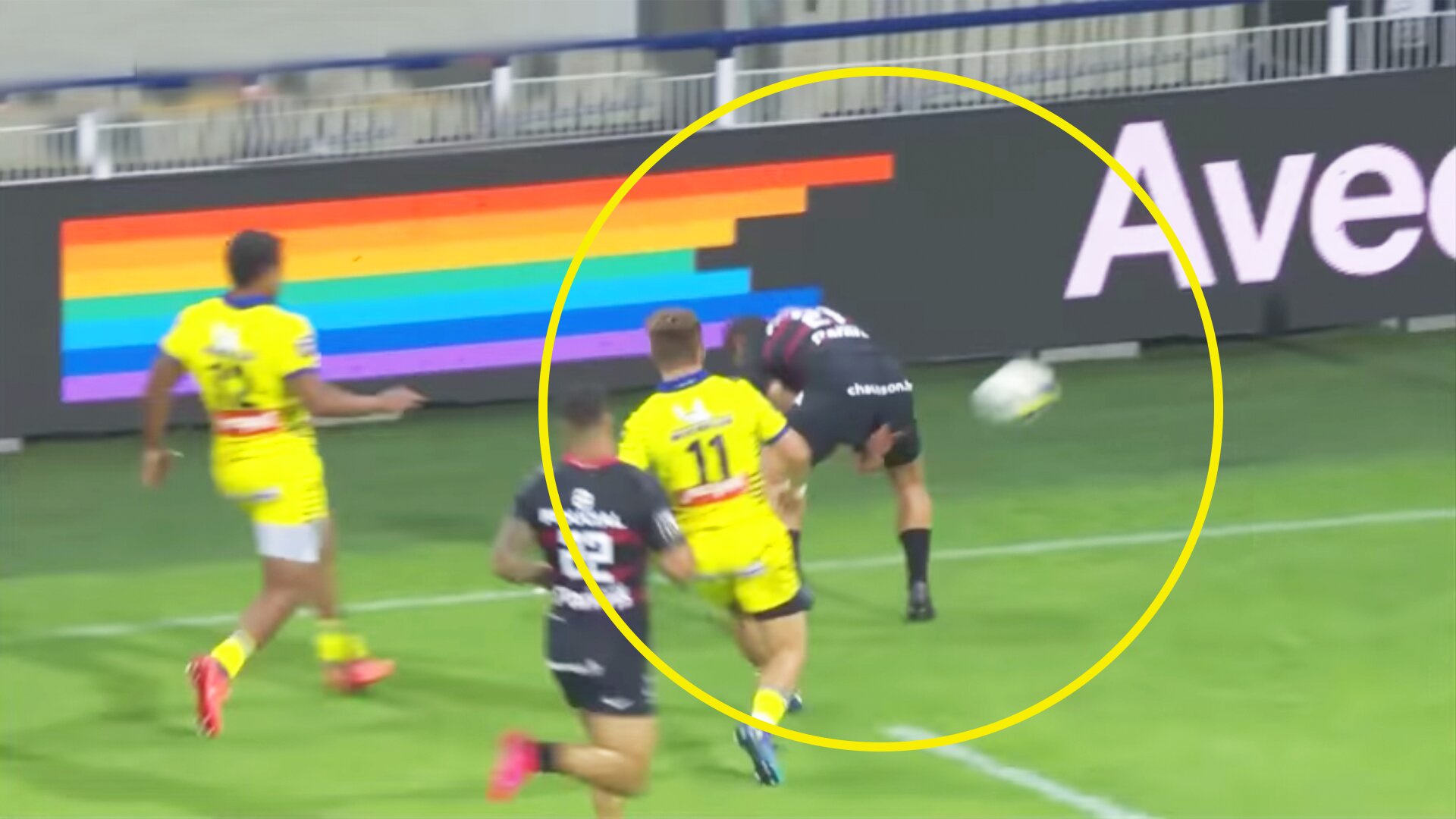 Fans in France are already calling this the pass of the season after this spectacular moment from this weekend’s Top 14 clash between Clermont and Toulouse.

The video of this sensational pass has gone viral on social media this weekend with rugby fans stunned by the sheer audacity of Toulouse full-back, Thomas Ramos, to do this right on his own try line.

The moment came in the 66th minute of play with the scores standing at 26-25 to the hosts Clermont. Toulouse only had 13 men on the field after losing two men to red cards.

We see as Camille Lopez makes a half break before booting the ball long for the corner for Thomas Ramos to pursue as he’s hounded down by a number of Clermont chasers.

What follows is being deemed as the best pass of the season by some. I can’t speak French but it sounded like the commentator almost had a coronary on witnessing this moment of sheer magic.

We watch as Toulouse go on to run the length of the field with French scrum-half Antoine Dupont finishing off to score and swing the lead back in the visitors favour.

You’re going to want to see this.

How can you not love Thomas Ramos’ approach to the game?

Beyond his incredible between the legs pass, Sofiane Guitoune’s hands to put away Lebel are sensational

And was there ever any doubt Dupont would finish from there?#ASMST

This really was a thing of beauty. With the international team flying high in this year’s Six Nations – can we safely say that French flair is back?

Sale Sharks have confirmed that the club has reached an agreement with Rob Webber which will see the club’s former hooker make an emphatic return to professional rugby. 34-year old Rob will re-join the Sharks at their new training base in Carrington on a short-term contract until the end of the 19/20 season.

Webber, who won 16 caps for England, has made over 300 professional appearances for Wasps, Bath and latterly Sale Sharks moves back into Steve Diamonds squad to bolster the Sharks’ front row options as the club looks to challenge for its first Gallagher Premiership title since 2006.

Commenting on the announcement, Sale Sharks Director of Rugby Steve Diamond said: “We have brought Rob back in as a precautionary measure, Webs was outstanding for us over four seasons and understands how we play to a tee. As we approach the business end of the season, we don’t want to get caught out with a lack of options in our pack and Rob will bring a huge amount of experience with him, along with fantastic support and guidance to He will Akker van der Merwe, Curtis Langdon and Ewan Ashman. We are certainly looking forward to welcoming the old boy back!”