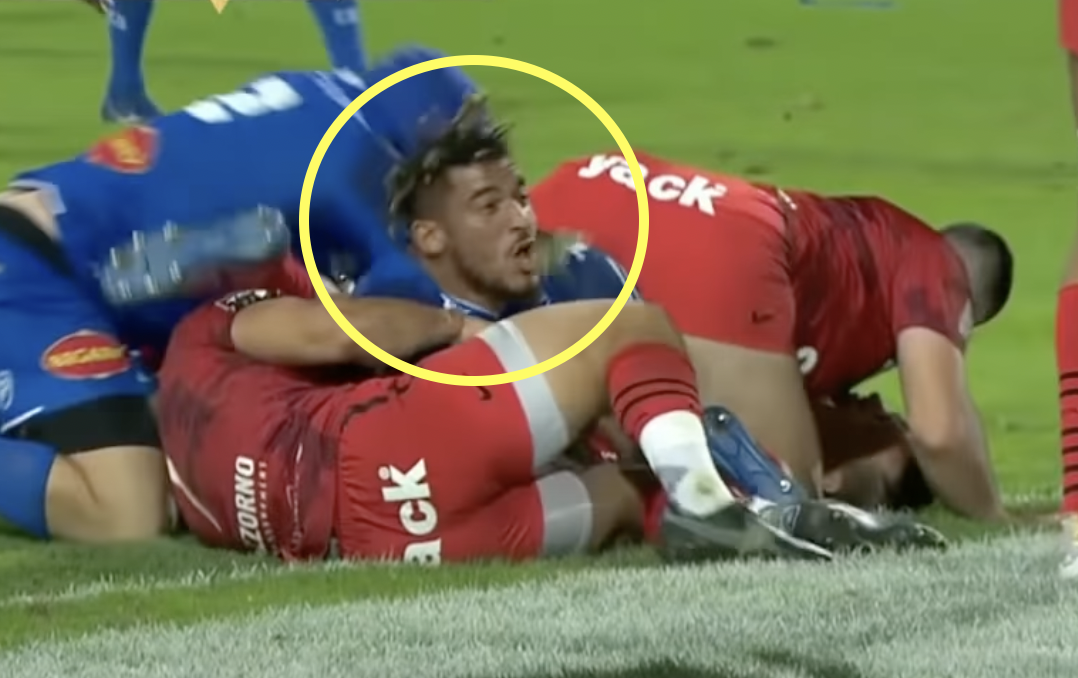 Castres’ match with Toulon at the Stade Pierre Fabre on Saturday was loaded with some memorable moments.

Toulon’s Aymeric Luc produced one of the tries of the season with his solo effort, but on the other side Castres’ Wilfrid Hounkpatin was also stealing the show with his two tries.

Now there is not much similarity between the two players, one is a 81kg winger and the other is a 130kg tighthead, nor were their tries the same, but they were equally impressive. While Luc mazed his way around onrushing defenders for his dazzling finish from his own half, the Castres forward adopted a slightly more direct approach, choosing to go over players rather than round them.

Hounkpatin’s first try came from a pick and go from five metres out. That may not sound that much, but in terms of a pick and go, five metres is a forward’s equivalent of a back running the ball in from well outside the 22. Three players tried to hold back the six foot four inch prop, but failed miserably.

His second try came from slightly further out this time, about eight metres, but the prop was able to build up a head of steam after his tap and go. On this occasion, five defenders failed to stop him as he barged his way over the line. These two tries proved to be pivotal in the end, as Castres triumphed over the visitors 27-16 to keep them in fourth place in the Top 14, level on points with third place Brive and one point behind second place behind Bordeaux Begles.

Hounkpatin’s performances over the past year have not gone unnoticed, as the 30-year-old was capped by Fabien Galthie this summer in France’s victory over Australia. That is his only France cap to date.