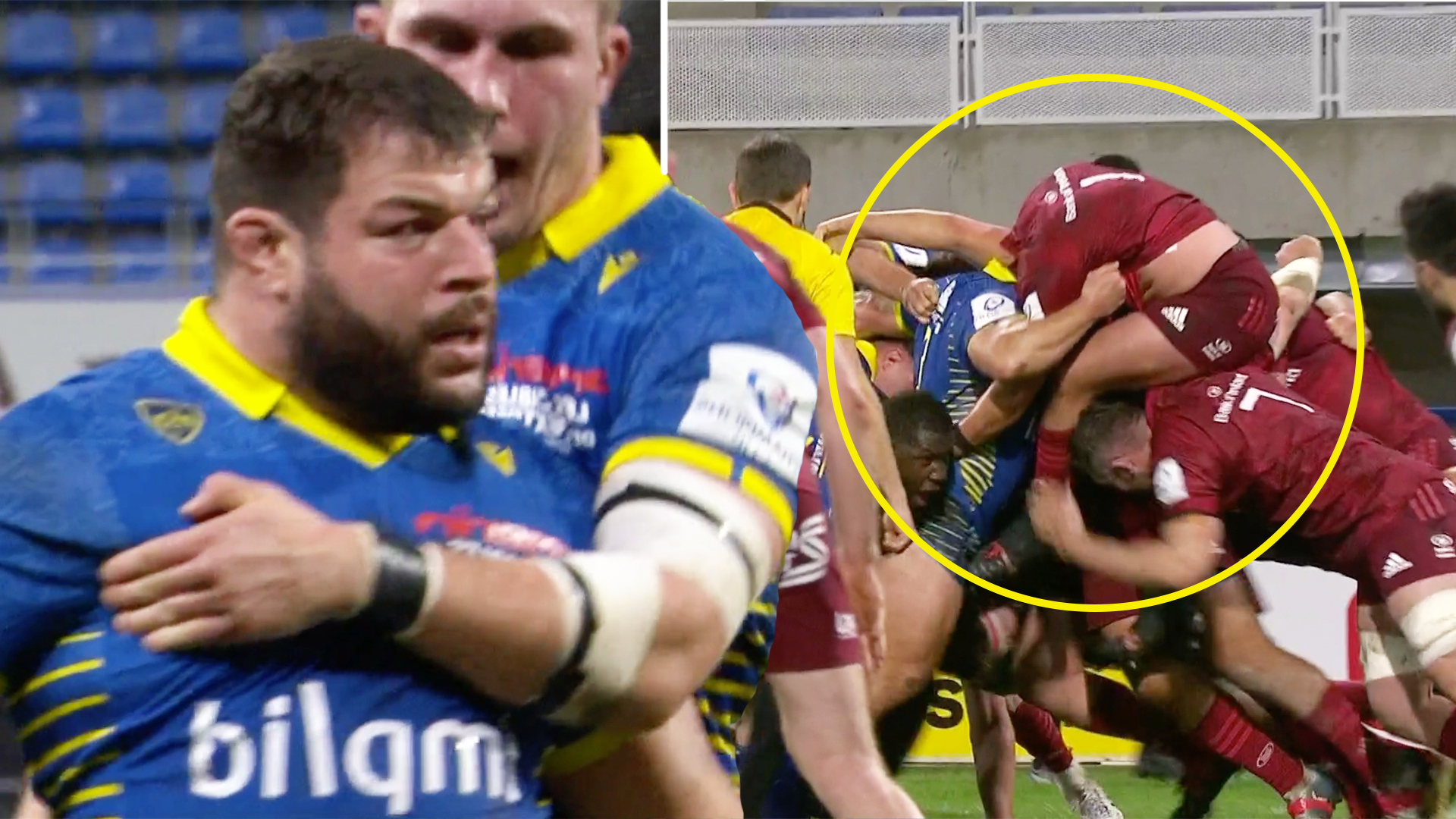 There were horrifying scenes in the Challenge Cup today as French prop Rabah Slimani pulverised the Munster scrum in his side’s Champions Cup showdown.

Fans were raving about the first half scrum masterclass from the front-rower after this dominant display in France.

After seeing this footage you have to ask yourself – who’s mad enough to become a prop!

The 31-year-old had a fierce battle with Munster man Josh Wycherley.

It really was a baptism of fire for the 21-year-old who was making his European debut at Parc des Sports Marcel Michelin.

This was the horrifying scene after Clermont packed down in a dangerous attacking position close to the Munster line – viewer discretion is advised.

Not sure if it was legal – but my god did it look impressive pic.twitter.com/IFJBDxDEfb

Again, we must pose the question – who in their right mind would ever agree to put themselves in front row. Here is the full clip from the crime scene earlier today.

Rugby nauses on social media were quick to come to the aid of the young Munsterman who actually faired very well against Slimini for much of the evening.

This one scrum did not flatter Wycherly but in later scrums you can see as the young prop manages to get the upper hand on his French counterpart – resulting in the 31-year-old being substituted in the second half.

Josh Wycherley has had the upper hand on Slimani so far today. Everyone will talk about the one where he ended up in the air – that was illegal, you’re not allowed to just stand up if you feel like it. Refs will never call it though.#CLEvMUN

Terrific opening 48 minutes for exciting young Academy prop Josh Wycherley in the Munster front row. Up against heavyweight in Rabah Slimani & holding his own. Munster still in this. Trail 19-28 #LLSport @Limerick_Leader #ASMvMUN