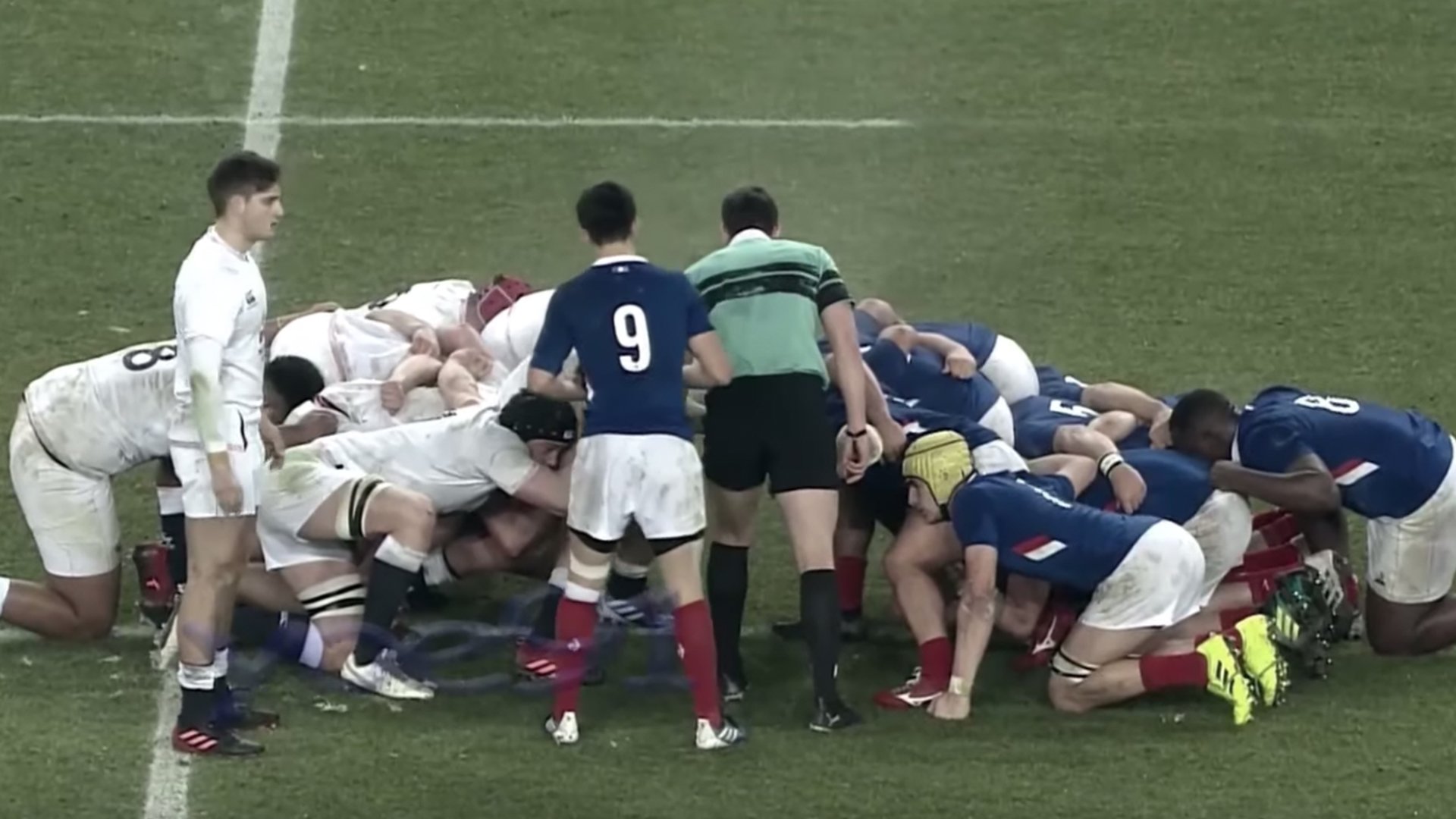 French rugby have had quite simply a fantastic weekend. Their 1st XV dispatched of England, renewing faith in the blue jersey. And their Under 20’s narrowly lost to a strong Under 20’s team. The French scrum was unstoppable.

The one key positive that the French can take from this game was the sheer dominance that their scrum enjoyed against the English.

A clip has emerged online showing just how strong the French scrum was against England. It makes for a really brilliant watch if you’re a fan of scrums.

The young French team bossed them around the park for 80 minutes straight in a dominant display of power!

Six Nations Report on the Under 20’s match…

England Under-20s showed their clinical nature as Richard Capstick scored with the final play to earn a dramatic 29-24 win over France Under-20s in Grenoble.

Having already scored two tries while down to 14 men, England then held their nerve in the final seconds as Capstick powered over with Les Bleuets having come from 12 points down to level.

Prior to that, England looked to have won it when Josh Hodge showed his pace and why he was an apprentice in Eddie Jones’ senior England side with a try from first phase, followed by another three minutes later from a loose ball by Tom Roebuck as the young England side swung the game their way despite winger Gabriel Hamer-Webb being in the bin.

France had led 12-10 when Hamer-Webb was sent to the bin for a tip tackle on Nolann Le Garrec, but by the time he returned, the visitors had opened up a 24-12 advantage.

France could have folded at that point, but fought back with a try from Jordan Joseph from close range, followed by a second by Ethan Dumortier to level the scores before Capstick’s late intervention.

England hit the lead early thanks to a penalty from Josh Hodge, quickly cancelled out by Joris Moura.