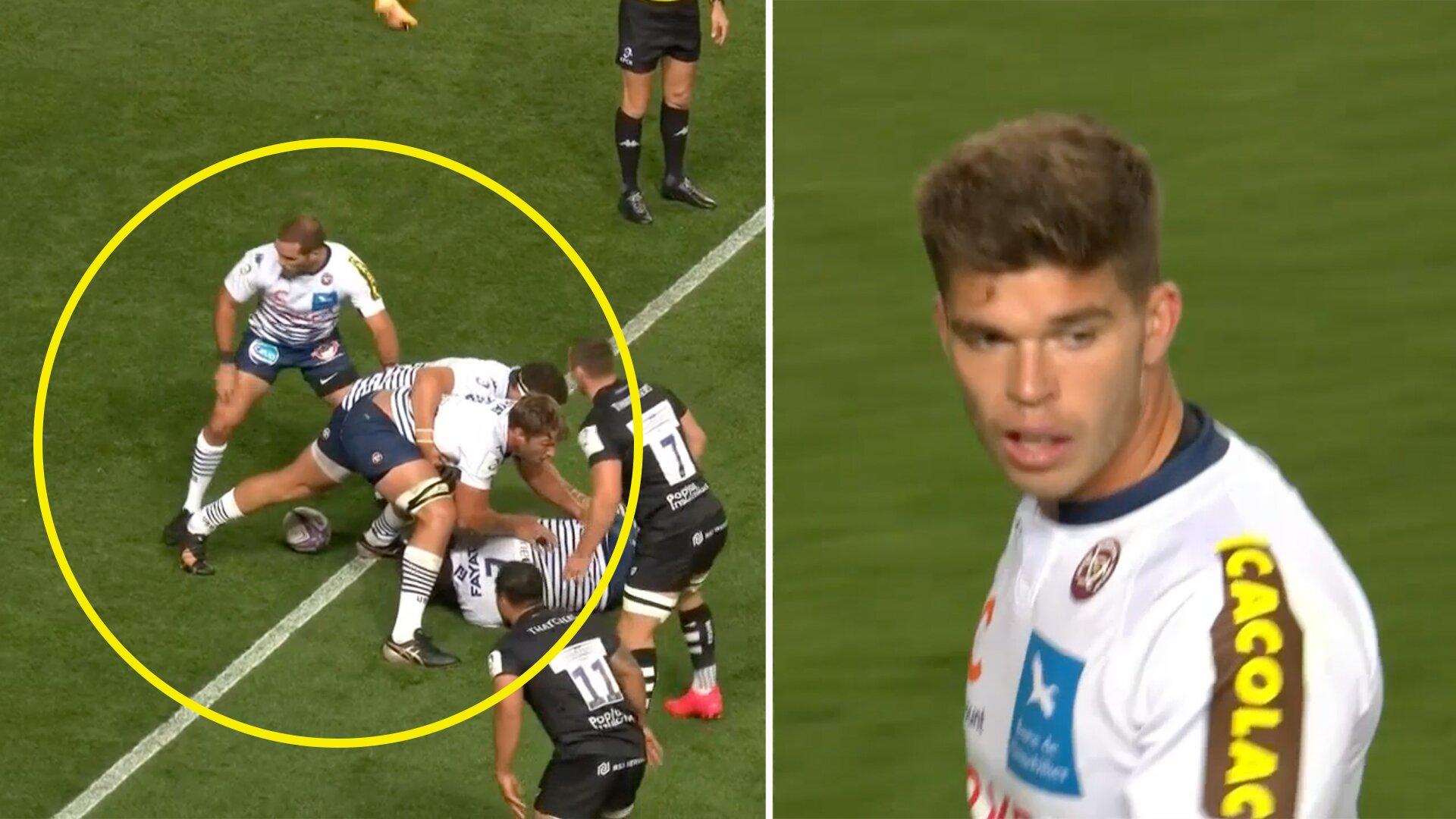 French wonder kid Matthieu Jalibert just embarrassed Bristol Bears in the Challenge Cup tonight with an incredible solo try in the first half.

The 21-year-old was in incredible form for the French team as he pulled the strings for the men from the heart of France.

The commentators were lost for words as the French wonder kid, who many have tipped to be the next big thing in French rugby, beat 4 defenders to score a brilliant solo try in the corner.

Matthieu Jalibert! How good are Bordeaux to watch?!?

Look at the speed he manages to build-up in this incredible solo run, no wonder so many French fans are raving over this wonder kid.

Oh my goodness that finish from Matthieu Jalibert 🙌

Bordeaux-Begles strike first at Ashton Gate and it’s a beauty from their young number 🔟#ChallengeCupRugby pic.twitter.com/k595QPKCLR

There was massive hype around Jalibert back in 2018 when he first emerged on the scene as a young exciting 19-year-old in the sport.

This highlight reel got almost 600,000 views and it really highlights just how much flair this young player has.

The Frenchman comes up against former teammate Semi Radradra tonight.

Radradra has been a standout individual across both rugby codes, the Fijian international arrived at Ashton Gate on a three-year deal this summer.