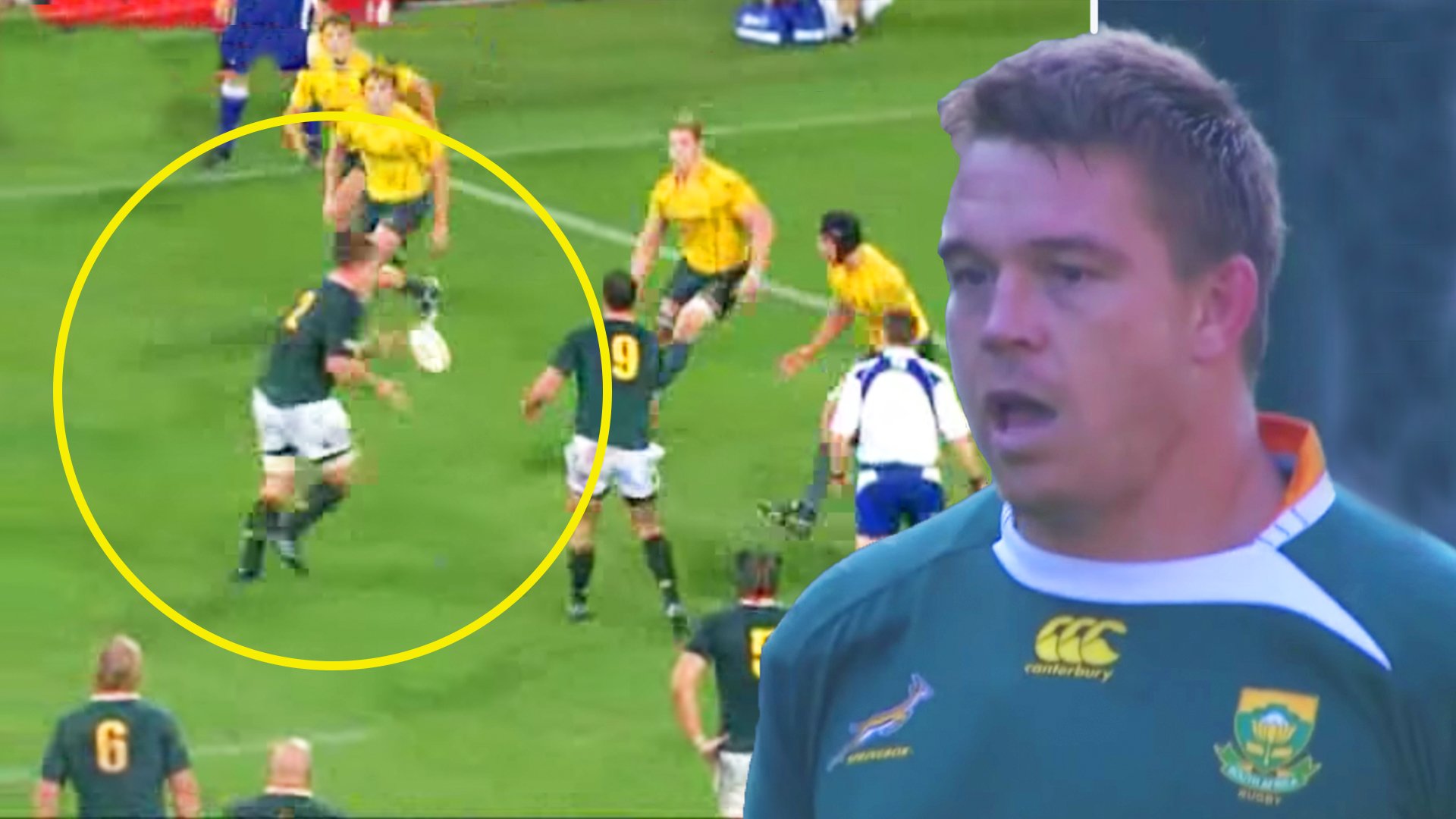 Okay, so he’s a hooker by trade but he has played at prop for the Springboks so we’ll allow it on this occasion

This incredible catch from John Smit has to be seen to be believed!

Those backs will do anything to look big

The physics-defying take from the Saracens front row man took place back in 2010 in a Tri-Nations match between South Africa and Australia.

On first viewing, it doesn’t look that remarkable but on the slow-motion replay, it just gets better and better.

I’ve watched this ten times now and I still don’t know how he caught that.

Check out this incredible piece of front row flair below

Amid reports that the five-country PRO14 tournament could expand with the Sharks, Lions, Bulls and Stormers joining the Cheetahs and Kings in the league featuring teams from Ireland, Italy, Scotland and Wales, Roux didn’t knock recent commentary suggesting the SA franchises could pull out of Super Rugby.

There has been speculation that a PRO18 could be split into three regionalised to conferences to limit the amount of travel in the Covid-19 era, an idea Roux embraced when appearing on the SA Rugby Podcast.

“In terms of PRO14, I’m absolutely keeping on with my negotiations and have been for the last 18 months on the expansion of South African teams. What that would look like in a post-Covid world, I can’t tell you at the moment,” he said, adding that SA Rugby had to explore all potential options following the pandemic stoppage of rugby and the financial hardships that this had caused.

“In each and every one of these options in the future, there is a rugby decision that will probably carry around 40 per cent of the weight in the vote. I can guarantee that the other 60 per cent will be commercial decisions around the cost and logistics.

“We’ve got fewer airlines flying, higher airline costs, borders that are not front open… those conversations and plans are being developed at this moment and we are looking at each and every option that is available.

“The last thing we want is a situation where we haven’t thought about the worst-case scenario and haven’t had the necessary foresight to plan for that,” continued Roux, who also admitted on the show that the 2021 Lions tour to South Africa could be delayed until later next year.