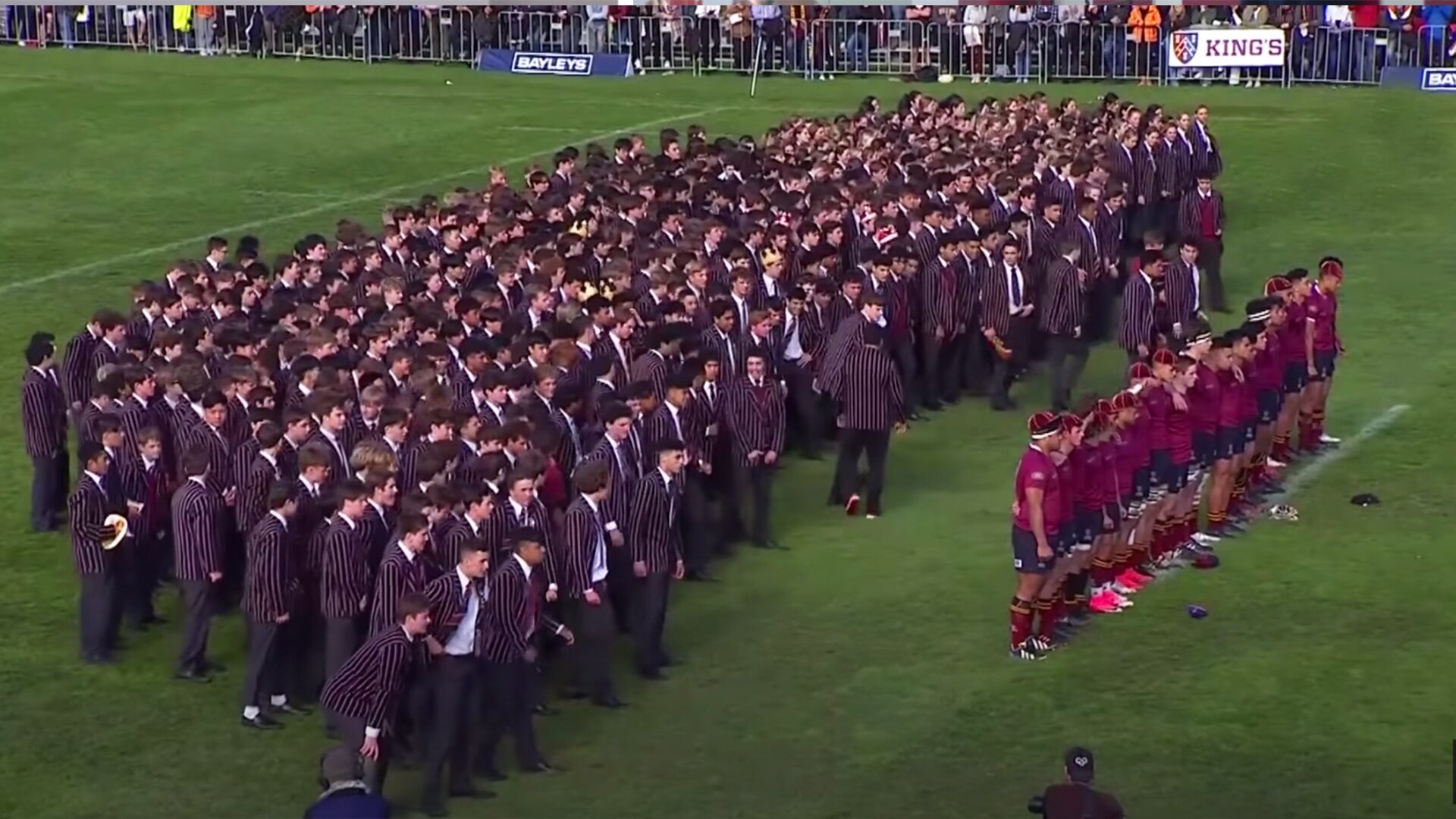 We at Rugby Onslaught were blown away today as full footage of the biggest schoolboy grudge match in New Zealand has just been released.

Auckland Grammar vs King College is seen by many rugby fans as the biggest grudge match in New Zealand schoolboy history. With matches between both sides going down to the wire.

I was lying in my cashmere-clad, 12-foot four-poster bed last night when I thought I would give this game a watch. The All Blacks have decided to put up full highlights of the epic clash on their YouTube channel.

We honestly didn’t think schoolboy rugby could be this entertaining. We ended up watching the entire game we were completely gripped.

The game is even more special because of the intense rivalry between both of the colleges.

The game began with a ridiculously intense haka between both of the schools. What made it even more intense was the hundred or so pupils from each school performing the haka with their teammates.

Even we had goosebumps watching this.

To make things even better after all this, the game itself was one of the best schoolboy rugby matches that we have EVER witnessed.

If you ever wondered why New Zealand rugby is so revered, just check out the standard of the schoolboy rugby that they are playing. It is on another level to schools around the World.

If you are interested in seeing the full match, which we highly recommend, then check out the game below.