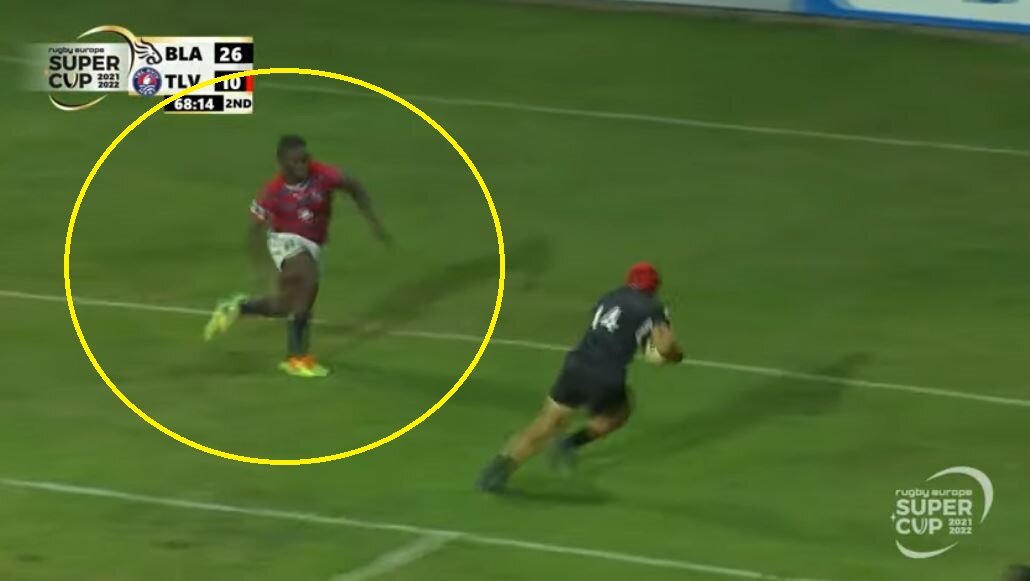 Black Lion from Georgia played the Tel-Aviv Heat in their first ever Rugby Europe Super Cup match at the Avchala Stadium in Tbilisi yesterday.

England fans had the chance to see Gabriel Ibitoye’s first performance for the team, but it didn’t exactly go to plan for the former Harlequins man.

He didn’t see much action on the ball and was left watching as Black Lion – who were filled with Georgian internationals – ran out comfortable winners in the end, two of their tries coming on his wing.

Anyway, we’re still hoping for the best for him. He had dreadful time at Agen last season and is currently without a contract to a big club.

This new competitive annual club competition will see a mix of professional club and franchise teams battling it out for the Super Cup title through an exciting competition format.

For the first edition, the Super Cup will feature 8 leading teams dispatched in two conferences for the initial round robin stage.

The Rugby Europe Super Cup will create a high-performance pathway for the development of panEuropean rugby talent, that will be reflected in the competitiveness of the club and franchise teams, as well as in the Rugby Europe National Teams level of performance. In future years, it is Rugby Europe’s ambition to extend the Super Cup to new teams and new countries to increase the standards of the game, on and off the field, across the Continent and strengthen the player pathway of the national teams.