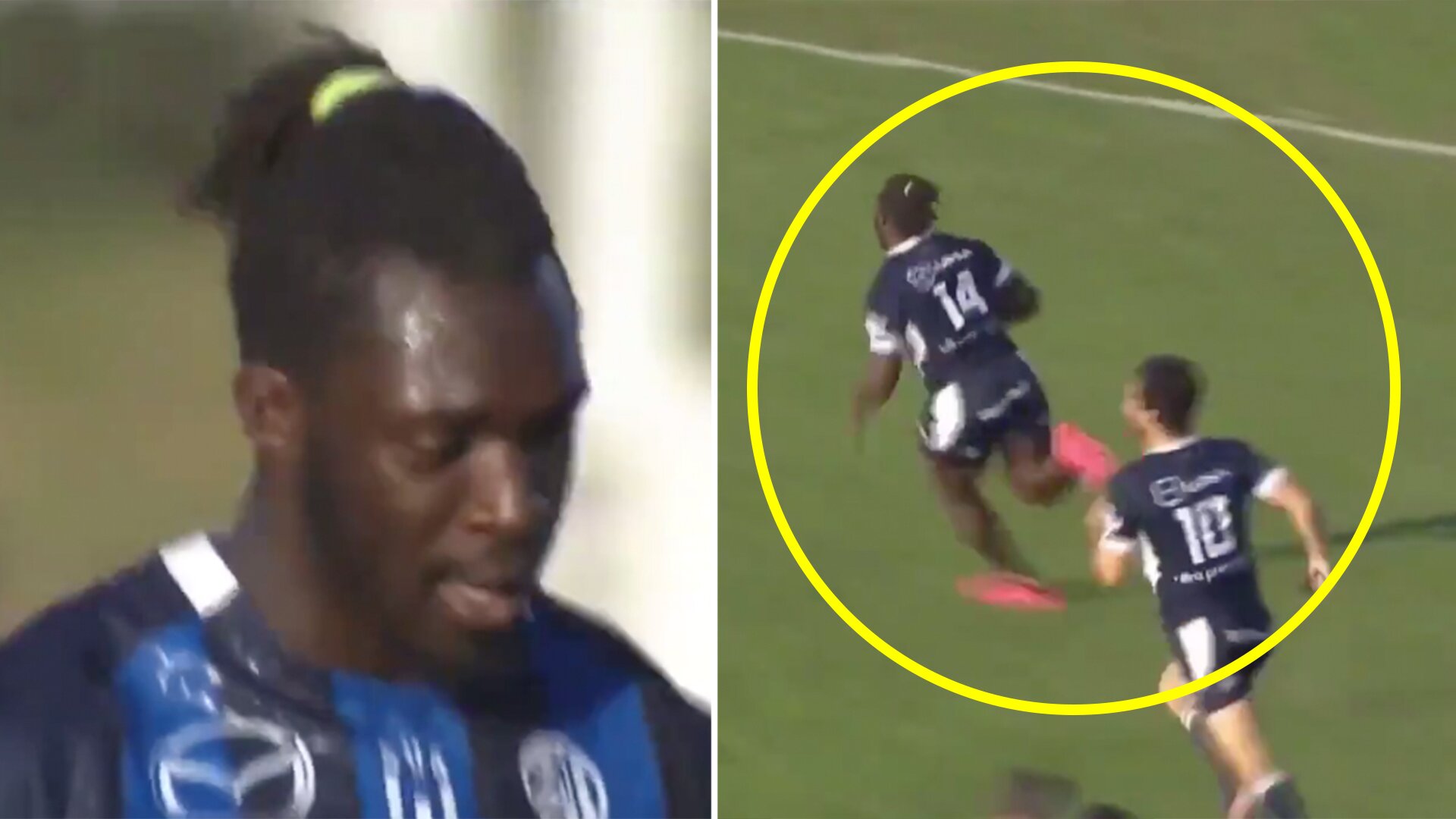 The 22-year-old signed from Harlequins back in June of this year, and it didn’t take the young man long to make an impression at the French club.

Many fans in England were confused about why Ibitoye would risk an England call up by moving to France, and they will still be scratching their heads after he utterly dominated for Agen in his first official outing for the french side.

A mini compilation has been made highlighting just how good he was for the men in blue this weekend.

How could England have let him go when he is playing like this?

Much has been made about Cheslin Kolbe and Kotaro Matsushima in the Top 14, but Ibitoye could be just the spark that the English contingent needs over there, which has been seriously lacking since Wilkinson stopped playing there in 2014.

Fans seem to be already falling in love with the young Englishman after his strong showing this weekend. Could a transfer back to England be on the cards if he continues to perform in France?

A 22-year-old Londoner, Ibitoye had demonstrated his pedigree at England U20s level and was impressing as part of the set-up at Harlequins, scoring 14 tries in 40 appearances for the club. It was his performance versus Clermont last November in the Champions Cup in France that apparently brought him to the attention of Agen.

His loss to Harlequins ahead of the restart of the suspended 2019/20 Premiership will be covered by the return to action at The Stoop of fit-again Nathan Earle, who had been absent with a long-term knee injury.