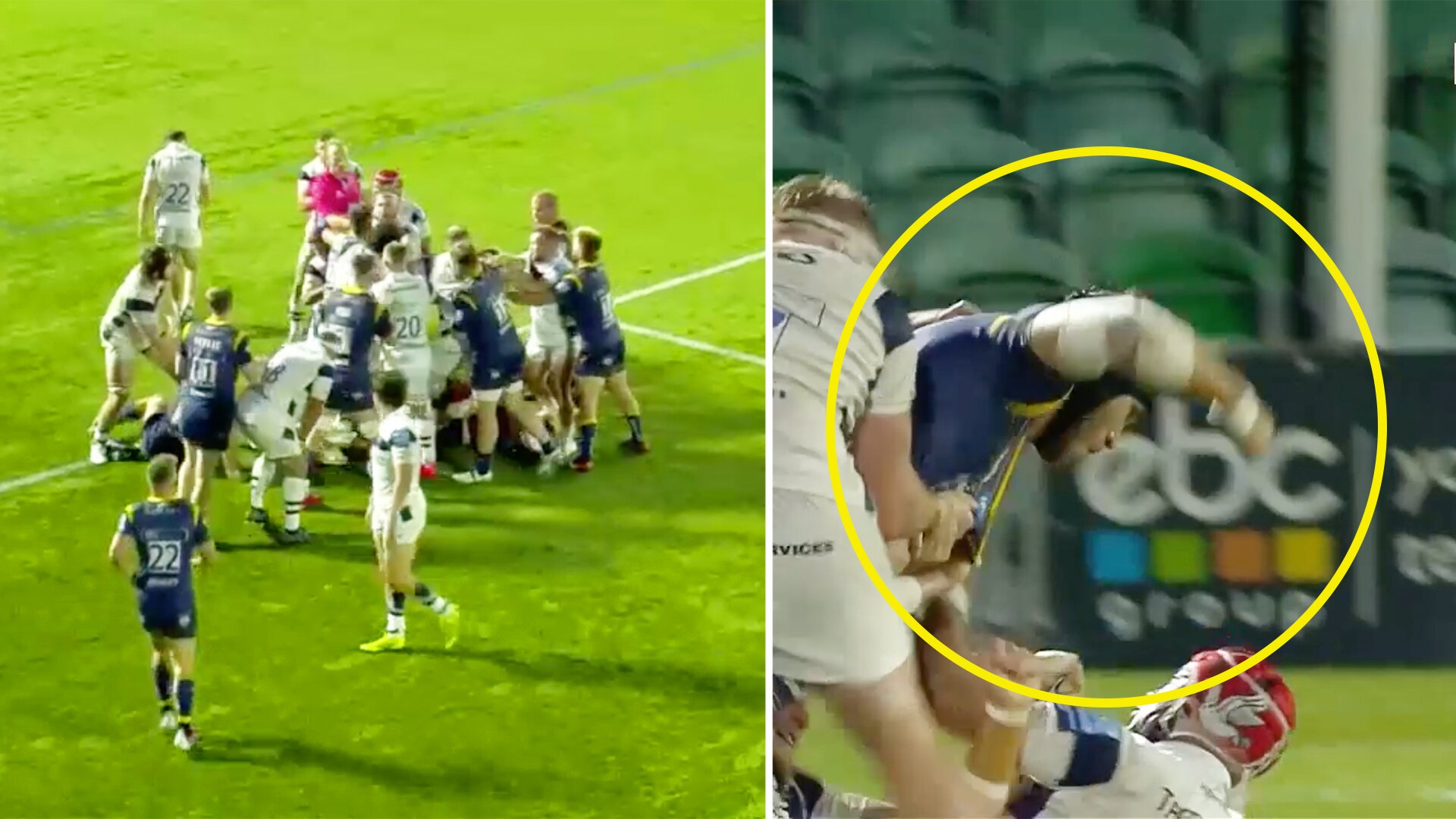 There were chaotic scenes in last night’s Gallagher Premiership clash between Worcester Warriors and Bristol Bears at Sixways as the game descended into a mass brawl.

The encounter had been a well-fought contest between the two sides with Bristol holding a 13-36 winning margin going into the closing minutes of the game.

Tensions were on a knife-edge as the clock started to run out – and things spilt over after a coming together between Worcester’s captain, Ted Hill, and Bristol’s talismanic centre, Siale Piutau.

Hill had taken a heavy carry going into the 79th minute of play before being hit with a thumping tackle by Piutau. The kiwi centre then stood over the young English flanker to give him some choice words – much to the dismay of Worcester lock, Andrew Kitchener.

We see as Kitchenener moves in to confront Piutau before launching a barrage of punches towards his opponent.

The players exchange blows before all players on the pitch join in the fierce melee.

watch the ferocious mass brawl in the video below

Nasty scenes at the end of WorcvsBri tonight. Andrew Kitchener sees red for some tasty right hooks. He played really well, shame it ended like this pic.twitter.com/IzqosRJEaX

Wayne Barnes was right in the thick of things as the brawl broke out and he yet again demonstrated why he is widely regarded to be the best referee in the world as he calmly and confidently went through the sequence of events flanked by the Premierships newest star referee, Sara Cox.

Barnes adjudged Piutau to be the instigator of the mass brawl and gave him a yellow card. Kitchener was then shown red after Barnes stated that he’d thrown punches to the head that connected.

We can see that the young second-rower was frustrated with the decision which was a disappointing end to an otherwise impressive night for the Warriors lock.

Bristol now jump back into second place in the Gallagher Premiership table with a game in hand over league rivals, Sale Sharks, who travel to Welford Road today.