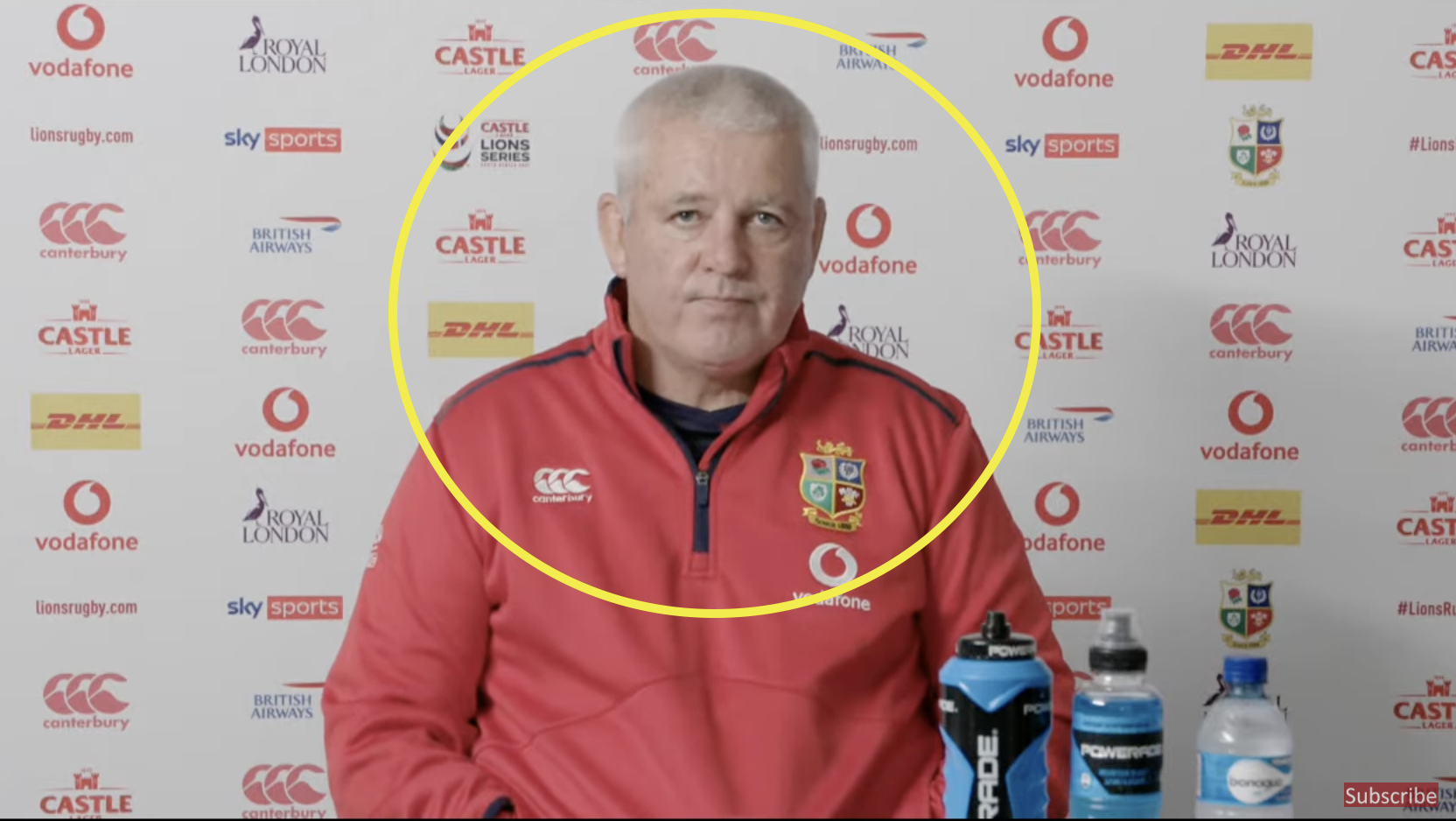 Warren Gatland faced a major problem after his British & Irish Lions side faced an aerial bombardment in the second Test against the Springboks, and that was choosing which players to drop.

In reality, all three members of the back three, Duhan van der Merwe, Anthony Watson and Stuart Hogg, had a torrid time and faced being axed, but Liam Williams and Josh Adams looked to be the only two players that could be brought in from the cold. Elliot Daly and Louis Rees-Zammit were also options, but Daly provides cover on the bench and Rees-Zammit may be too inexperienced for such a huge game.

Gatland opted to drop Watson for Adams and Hogg for Williams, which has proven to be controversial online. Many fans and pundits feel van der Merwe was in line to be dropped, favouring Watson over him. The South African-born Scotland winger was yellow carded in the first half for a trip, and struggled with the Springboks’ kicking game just as much as his teammates.

It is likely that there would have been a similar uproar if van der Merwe was dropped and Watson was retained, but this has not pleased many Lions fans.

What van der Merwe does bring is power and physicality, although that has hardly been exploited in the first two Tests, with the Lions barely seeking to pass the ball. With Bundee Aki also in the team this week, this may suggest a tweak in tactics by Gatland where the team will keep the ball in hand more. If that is the case, van der Merwe could be pivotal in making ground in the midfield by coming off his wing.

But for now it looks like his selection has not been too popular, so he has plenty of people to prove wrong in the third Test on Saturday.

Good to see Williams & Adams in but would’ve kept Watson & dropped VDM. Surprised Owens starts. Was poor on Sat. Thought https://t.co/9KXpGzLen9 would’ve got a look in. That’s a dynamic bench that will have more of an impact in the 2nd half. Just gutted for Beirne. #LionsRugby https://t.co/Ui6tSu53xT

Thought Watson would keep his place over Duhan…

Shocked to see VDM would have preferred Watson, Owens lucky to be starting after how badly it went for the front row subs last week, would have Faz over Biggar but great to see Russell and Simmonds on the bench. LRZ on the bench would be 🔥but Daly covers multiple positions

Anthony Watson should still be in. Probs over VDM. No Farrell anywhere is a surprise. Love Russell on the bench, love Simmonds but been poor on tour. Let’s hope we actually play some rugby this weekend!

Keeping VDM in the team to soften the Scots blow of no Hogg and H. Watson. Very shrewd from Gatland.

DVM must have some sneaky pictures of Gatts on the pull.. how can he be anywhere near the 23 let alone starter

Prefer this balance though some of the tight five will need to up their game from last week. VDM shouldn’t be there though. He was woeful

Wow. Shocked by some of those changes. Very surprised that Watson not in over DVM. Conan over Faletau a big surprise too for me.