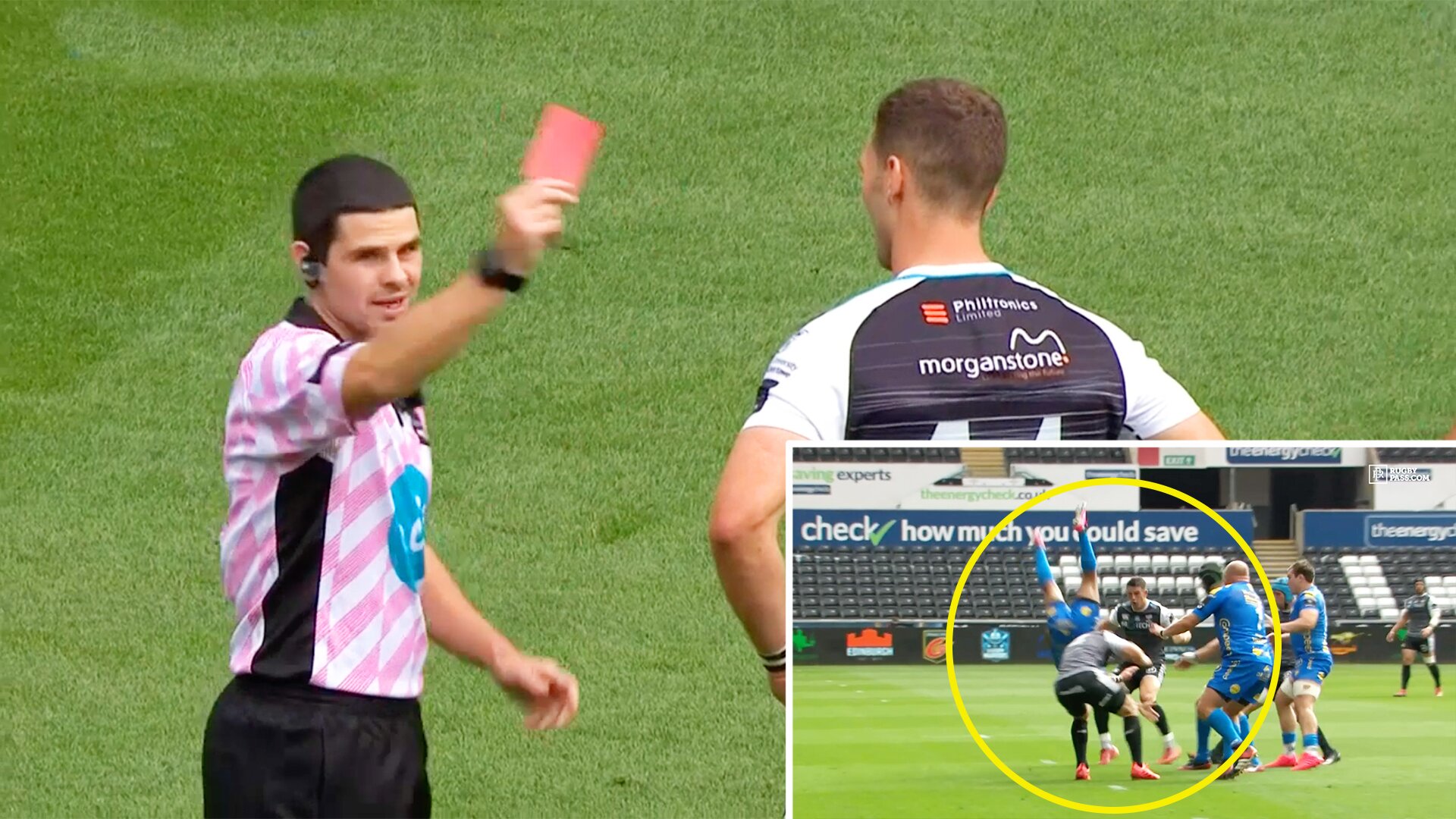 George North sent off after horror challenge in Welsh derby

There were shocking scenes at the Liberty Stadium today as George North saw red for this horror challenge on Ashton Hewitt in today’s derby clash in Swansea.

North’s Ospreys were up against Welsh rivals Newport Gwent Dragons in an eagerly anticipated clash following the lockdown.

The incident occurred in the first fifteen minutes after a lively opening to the match.

Dragons winger Ashton Hewitt had just scored a wonderful solo try before the incident occurred off of the following restart.

see the red card offence below

How will that affect the game for @dragonsrugby and @ospreys?

This really was a nasty hit.

We see as North immediately realises the severity of the collision and puts his arm up. The commentators acknowledge that North probably knows he’s going to be red-carded.

Thankfully Ashton Hewitt was able to get up and return continue on.

shows great speed and skill to escape the tackles to get @dragonsrugby first try!

There’s no doubt that 2020 has been a difficult year for all the rugby stakeholders in New Zealand. From a financial point of view, New Zealand Rugby, the five Super Rugby franchises, the 23 provinces and clubs across the country have been hit hard by the global coronavirus pandemic – and that’s naturally had a flow-on effect on contract negotiations.

Still, the NZR’s managed to lock in a number of players on new contracts that will see many of the nation’s best and brightest stay in the country for the foreseeable future.

Blues and North Island captain Patrick Tuipulotu put pen to paper in the early stages of Super Rugby Aotearoa to commit to New Zealand until the 2023 World Cup while the three other locks that the All Blacks took to the World Cup last year, Sam Whitelock, Brodie Retallick and Scott Barrett, are all also locked in until the next competition in France.