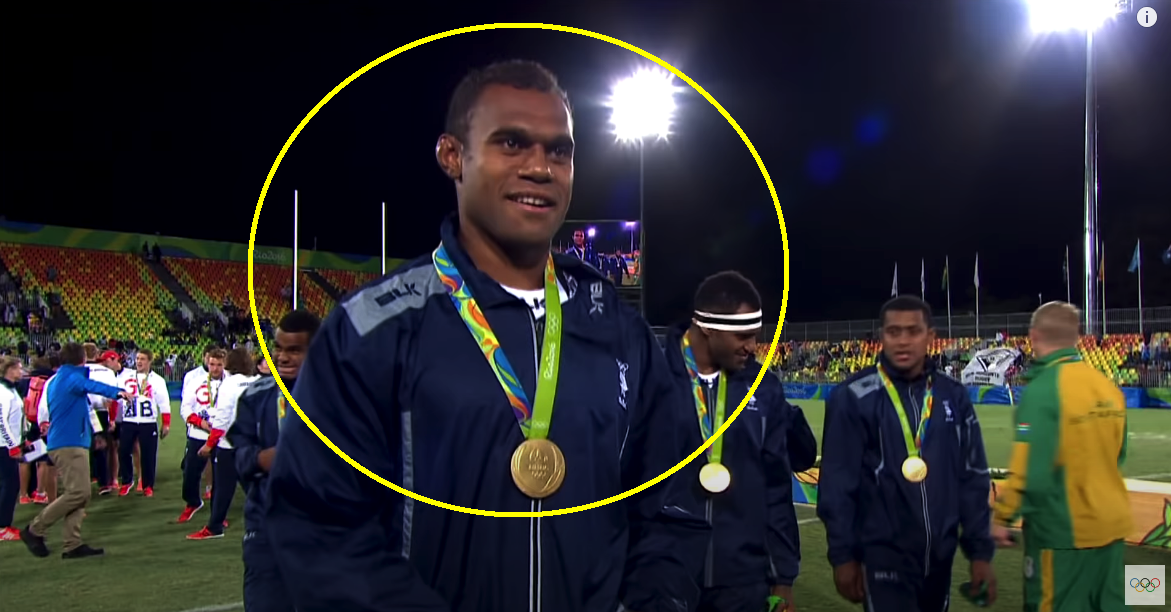 The Tokyo Olympics Rugby Sevens ball has been revealed by Gilbert this week and there is something about it that looks different.

The first thing that is noticeable about the ball is the grip looks strange, as this is supposedly the most “technically advanced” sevens ball ever, specifically designed for this form of the game. It looks like any player that is caught carrying the ball in two hands now is not fit to play, as one handed pyrotechnics should become the norm. It is hard to know whether this benefits Fiji, who already play like this, or every other team, as it allows them to play like Fiji.

World Rugby said after the ball was released: “The Quantum Sevens ball is the most technically advanced sevens rugby ball ever produced and has been tailor-made with features specifically designed for rugby sevens. It has been developed to adapt to the unique style of the sevens game with the Multi Matrix grip offering higher, more defined pimples, increasing the ball’s surface area and enhancing the impressive offload skills shown by sevens players and much loved by fans around the globe.”

World Rugby Chief Executive Alan Gilpin said: “Rugby sevens has achieved huge global appeal in a short space of time thanks to its fast-paced, high-octane and skilful nature, with end-to-end action interspersed with incredible offloads and outrageous individual skills. As we look ahead with great enthusiasm to the sport’s second Olympic appearance, it is fantastic that Gilbert has produced a match ball tailor-made with technical features specifically designed for rugby sevens. The ball is now in the hands of the players to show the world what they can do on the greatest sporting stage of all.”