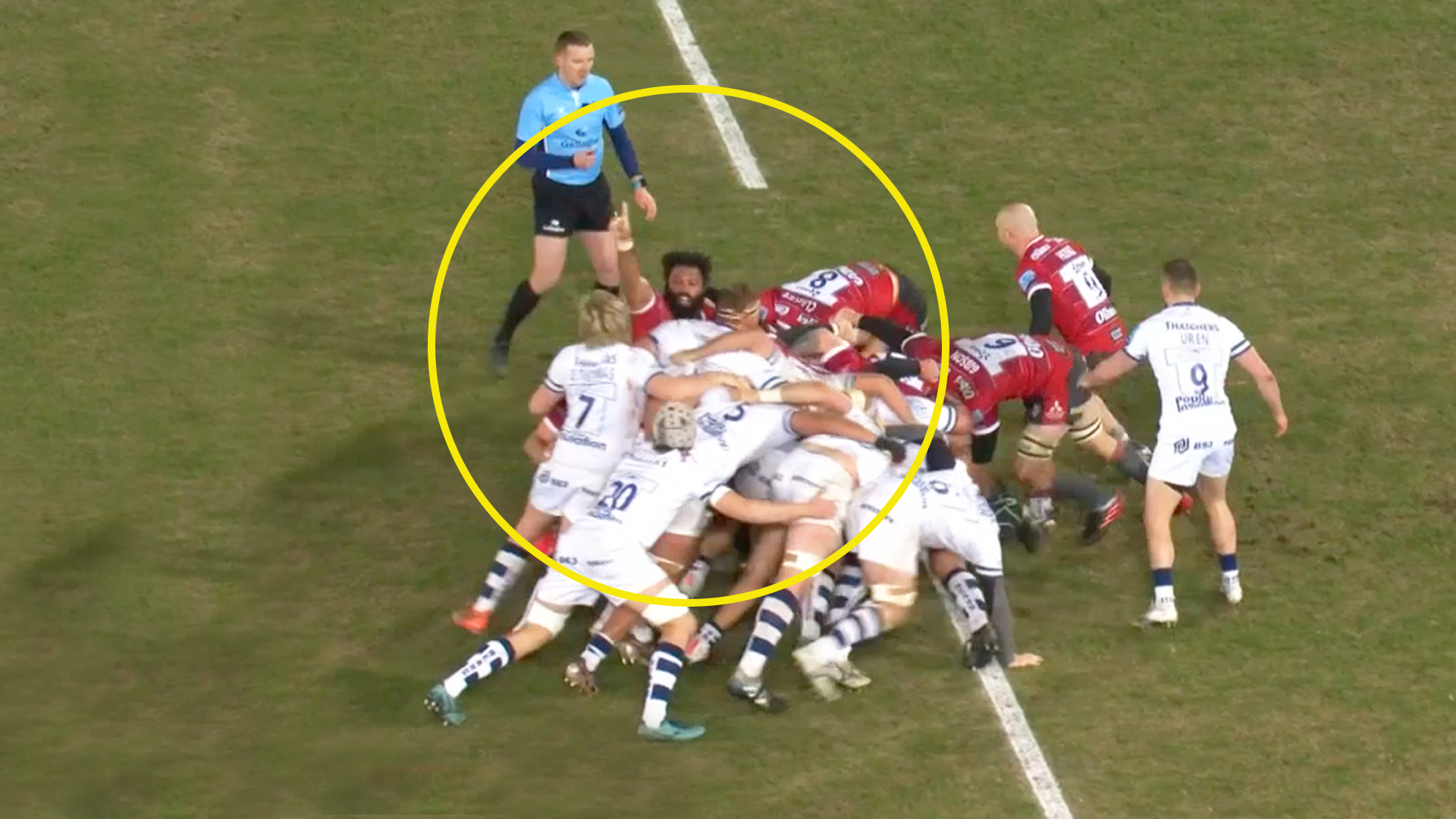 There was an incredible moment in tonight’s Gallagher Premiership thriller between Gloucester and Bristol at Kingsholm.

The league’s Friday night clash was a close-run affair that the Bears won by just a single point to finish up as 17-18 winners.

There was one unexpected moment in the second half, however, that fans just can’t get enough of, featuring Gloucester prop – Jamal Ford-Robinson.

The moment came in the 62nd minute of play with the cherry & whites leading by just two points at 17-15.

The teams set up for the scrum and the prop played a vital role in Gloucester wheeling the Bears pack – much to the visible delight of Ford-Robinson.

We’ve never seen a prop celebrate winning a scrum whilst it was actually happening, have you?

watch the incredible prop moment in the video below

Fans couldn’t get enough of the celebration from the Gloucester man, here were some of best tweets reacting to the moment at Kingsholm.

Gloucester went on to lose the ball game narrowly by just a single point.

Some fans were incensed that the Premiership contenders managed to lose to Gloucester who have struggled so far this season.

Ultimately, Bristol were poor today, very inaccurate in everything they did. So for Gloucester to lose is proper demoralising.

I’d say they are odds on to be relegated now!