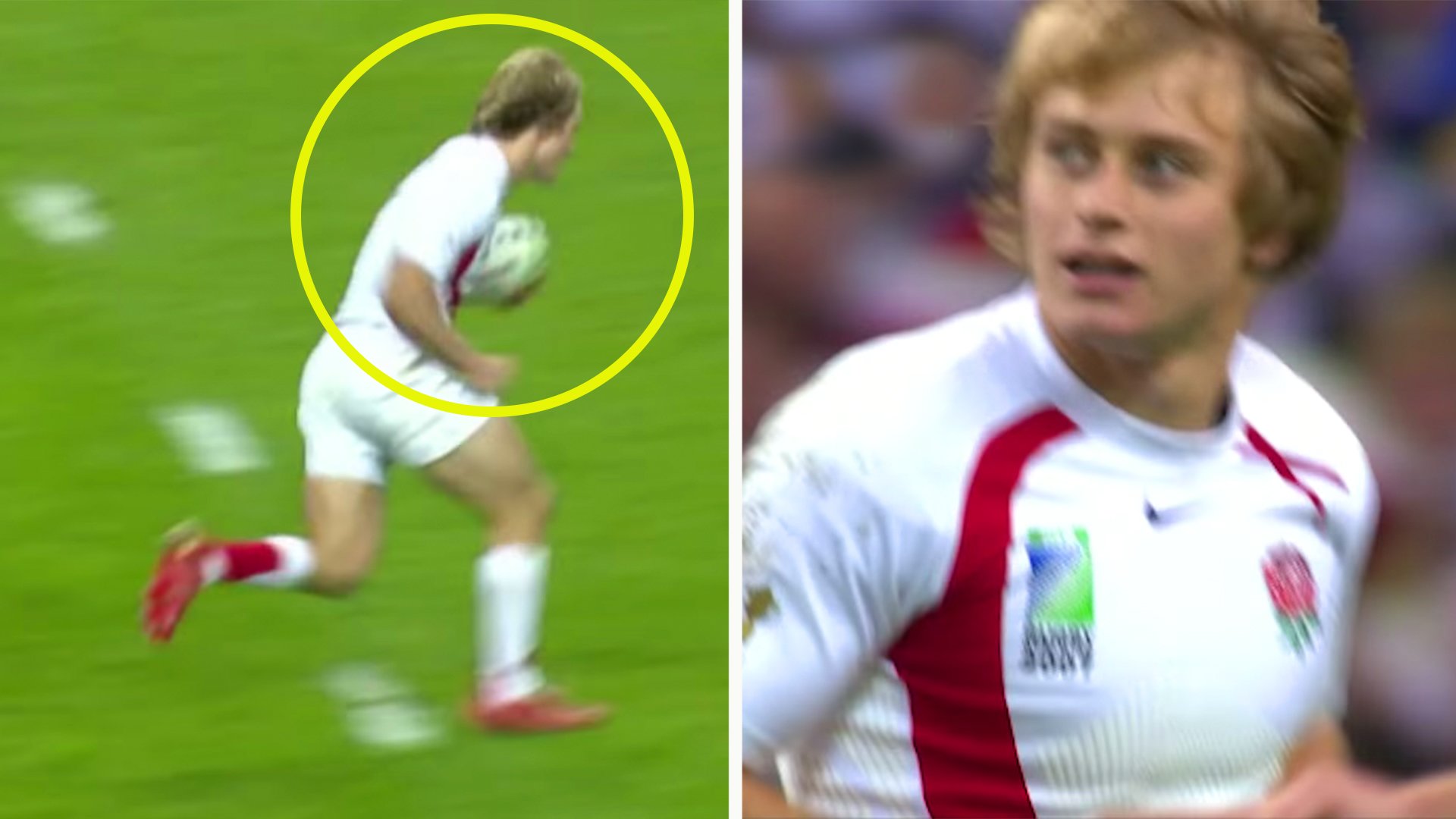 When you look down over the years at the big solo tries in big games the list of players is quite something to behold.

Wonderful solo tries are a feat in any rugby arena but to score one in a Lions Test, a tournament final or even a World Cup final is enough to elevate any player to legend status.

Back in the Webb Ellis Cup final in 2007, everyone remembers the controversy surrounding THAT Mark Cueto try in the opening minutes of the second half.

It was, however, a young Mathew Tait who made that exceptional 45m linebreak that led to that fateful moment.

The level of controversy surrounding that TMO decision somewhat overshadows just how good that solo run was from Tait.

One can only imagine the levels of rugby prominence Tait would have rose to had he scored that try himself – helping England to go onto World Cup victory.

When we look back at this individual effort we can see how just how good the Newcastle centre could be at his best, carving his way through the rush Springbok defence with ease before stepping Percy Montgomery without breaking stride.

He looked all but certain to make it all the way before being hauled down inches short of the line.

If he had just managed to make it a metre more than this, he would surely have gone down to have scored the greatest solo try in rugby history.

Tait’s England career was a mixed bag after a calamitous debut against Wales where the speed merchant was pitted against a mercurial Gavin Henson in 2005.

Winning 38 caps for England – reaching the World Cup final in 2007 was the high-point in Tait’s career with his country that spanned over five years.

Mathew Tait and England literally came inches from the greatness that day.