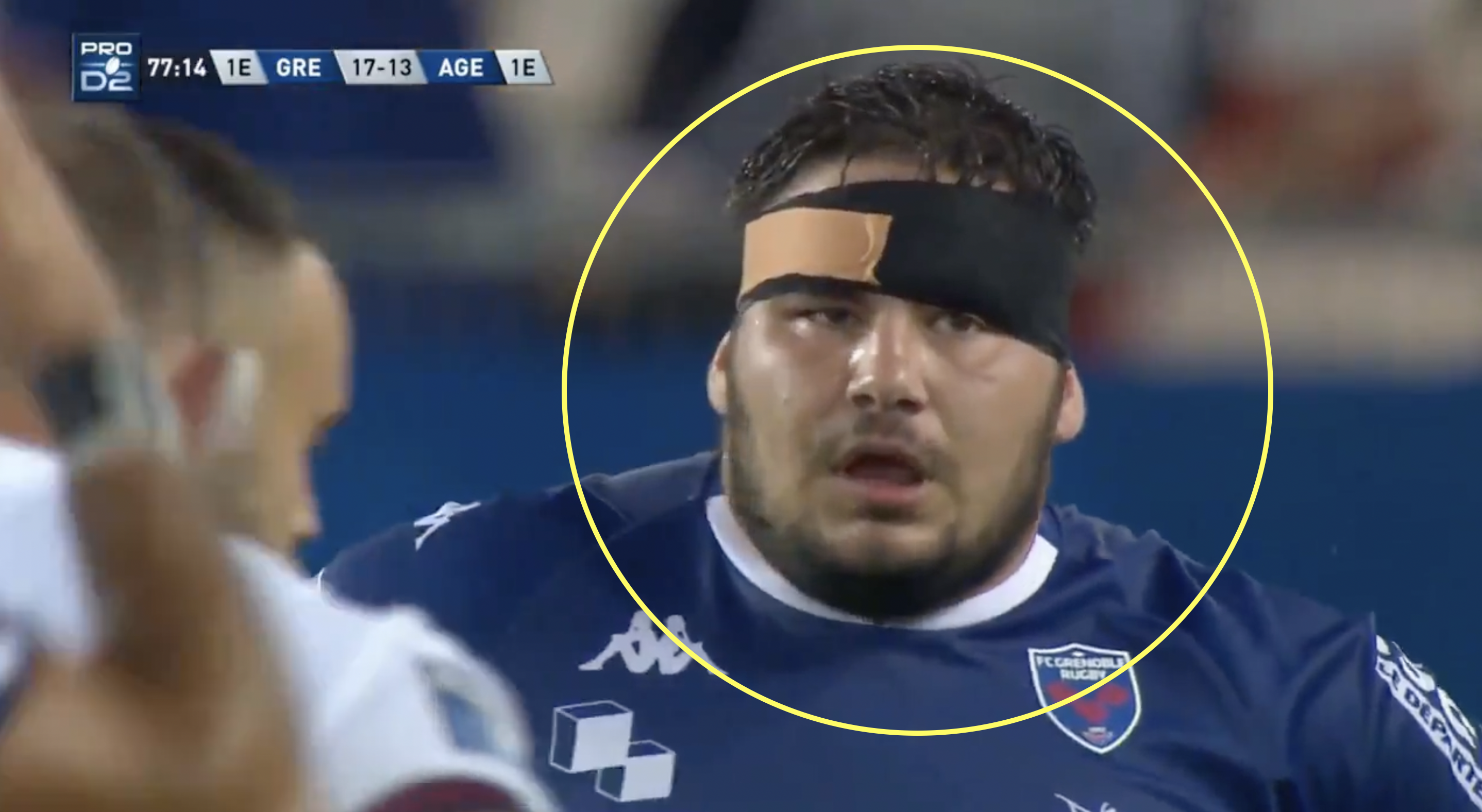 Waiting for your scrum-half or fly-half to kick is so old fashioned, at least according to Grenoble prop Regis Montagne. In fact kicking the ball from hand altogether is outdated too.

In the modern age which is all about speed, Montagne is leading the charge with his new style of clearances, which involves taking a run up to volley the ball off a lineout. Just to add to the drama, the 20-year-old did it from his own line on Thursday in the Pro D2.

This was some kick by the prop, made all the more remarkable by the scoreline and stage in the match. Just metres from their own line, Montagne saved Grenoble from danger as they went on to beat Agen 17-13. Had Agen managed to jump on a loose ball from the lineout, the result could have been completely different.

The question is whether Montagne has started a trend which will see props now leathering the ball down field.

Take a look at his kick:

There aren’t many rarer events in a rugby match than a prop kicking, so there is a legitimate claim that Montagne is the only player ever to produce a running left footed volley from his own line straight from a lineout. That sentence in itself is daft enough so to actually see it live would have been absurd for all fans.

What’s more is that it was quite a successful kick, pinning Agen back and forcing them to kick again. The kick could literally have gone anywhere, and probably far exceeded what Montagne, and his teammates, were expecting when he made contact with the ball.

Maybe this is the sort of swashbuckling confidence that comes with being a 20-year-old professional prop, and the world will have to wait and see if he reproduces his heroics against Aurillac next week.