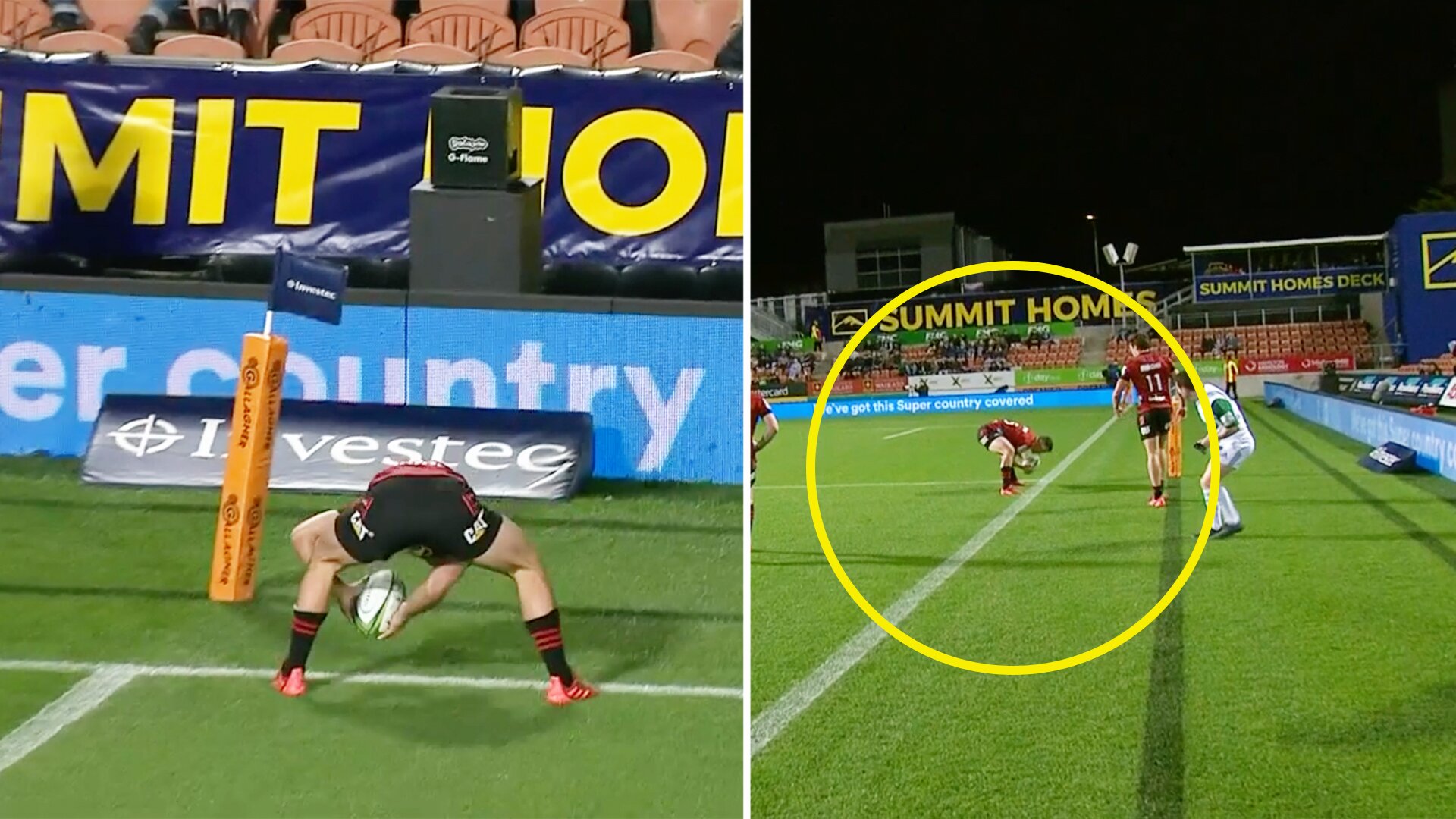 Will Jordan had another exceptional game in today’s Super Rugby Aotearoa clash in Hamilton this morning.

The Chiefs and the Crusaders fought out an entertaining running rugby encounter this morning with a number of New Zealand’s biggest stars featuring.

There was one moment of ingenuity that really stunned the bumper crowd.

Crusaders full-back, Will Jordan, has been a star turn in this competition with a host of trys for the table-topping Christchurch side.

He gave another exceptional performance in this round and demonstrated that there’s more to his game than incisive running and a competent kicking game.

We see here as Chiefs fly-half Aaron Cruden looks to kick for touch to get the ball deep into opposition territory.

The ball looked to be sailing into touch but Will Jordan had different ideas.

watch this brilliant moment below

Is there anything Will Jordan can’t do? pic.twitter.com/edNZmsEfM5

The Crusaders went into this showdown with an air of invincibility after an unbeaten run in this competition.

In stark contrast the Waikato Cheifs headed into this fixture on the back of seven defeats with the pressure piling up fro boss Warren Gatland.

The match didn’t start off well for his side as Tom Sanders crashed over for this brilliant solo effort.

Everyone loves seeing a big man flying down the wing! ✈️#CHIvCRUpic.twitter.com/M04ODPTWRe

Will Jordan was once again on the scoresheet earlier in the first half as he went in to score unopposed to pile on the misery onto the Waikato Chiefs.

He surely will be fighting for an All Black jersey in the future.

The possibility of allowing UK crowds back into stadiums was dealt a major blow on Friday following an announcement by British Prime Minister Boris Johnson. Limited crowds were due to be allowed attend a small number of sporting events across England this weekend, but Johnson has pulled the plug on those plans following a spike in coronavirus cases.

A small number of fans had been allowed through the doors on the opening day of the World Snooker Championship in Sheffield on Friday morning, while over 4,000 spectators were set to attend the Glorious Goodwood Festival on Saturday.

Fans were also due at two two-day county cricket matches this weekend. Small crowds had already been permitted to the two-day cricket meeting between Surrey and Middlesex, which started last Sunday.

However the UK government have now taken a step back by confirming sporting events must go ahead without crowds present this weekend.

It follows a spike in coronavirus cases which has led to general restrictions being reintroduced to some part of northern England.