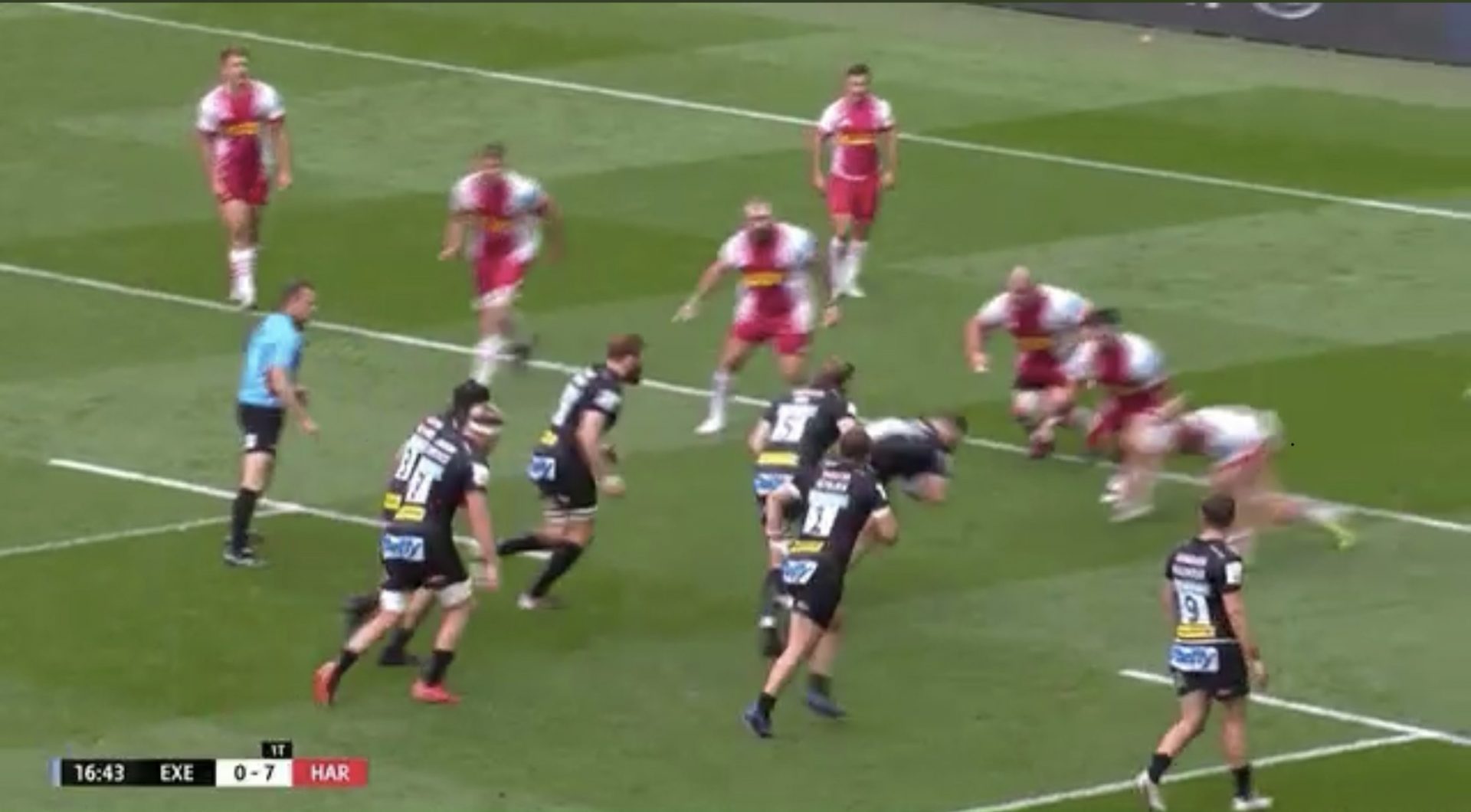 Insane defence by rookie shows he is made for Test rugby

Harlequins’ 21-year-old flanker Jack Kenningham has had quite a week. Not only did he help his club win the Gallagher Premiership on Saturday with an epic 40-38 win over reigning champions Exeter Chiefs at Twickenham, but he was called up to Eddie Jones’ England squad for the summer internationals against the USA and Canada. For a player who only made his Premiership debut in February, that is a meteoric rise.

When Quins’ star openside Will Evans was ruled out for the rest of the season in April, it looked as though the southwest London side’s season could unravel, but Kenningham stepped up, suiting Quins’ fast tempo rugby perfectly.

His defence is also something to be admired, as he showed against the Chiefs. One moment in particular has been singled out online, which came in the first half at Twickenham.

The Chiefs had a tap five metres out, which has more or less has singled an imminent try over the past year, either directly from the tap or just a few phases later. But as soon as British and Irish Lion Luke Cowan-Dickie took the tap, Kenningham was there to meet him, chopping him down almost at the level of his studs. This is a tackle that Cowan-Dickie himself is known for, but he got a taste of his own medicine. This tackle can sometimes be dangerous as it is hard for the tackler to wrap their arms, but Kenningham can clearly be seen holding onto a leg at the base of the ruck.

Jim Hamilton shared the clip of this immense defence:

The even crazier thing is that Exeter won a penalty a few seconds later and opted to do the same thing. In a complete repeat, the Quins flanker was there to meet the hooker again, although Exeter were able to get the try eventually.

The rookie has already caught Jones’ eye with England, and it would not be surprising if he is wearing the white of England over the next month.