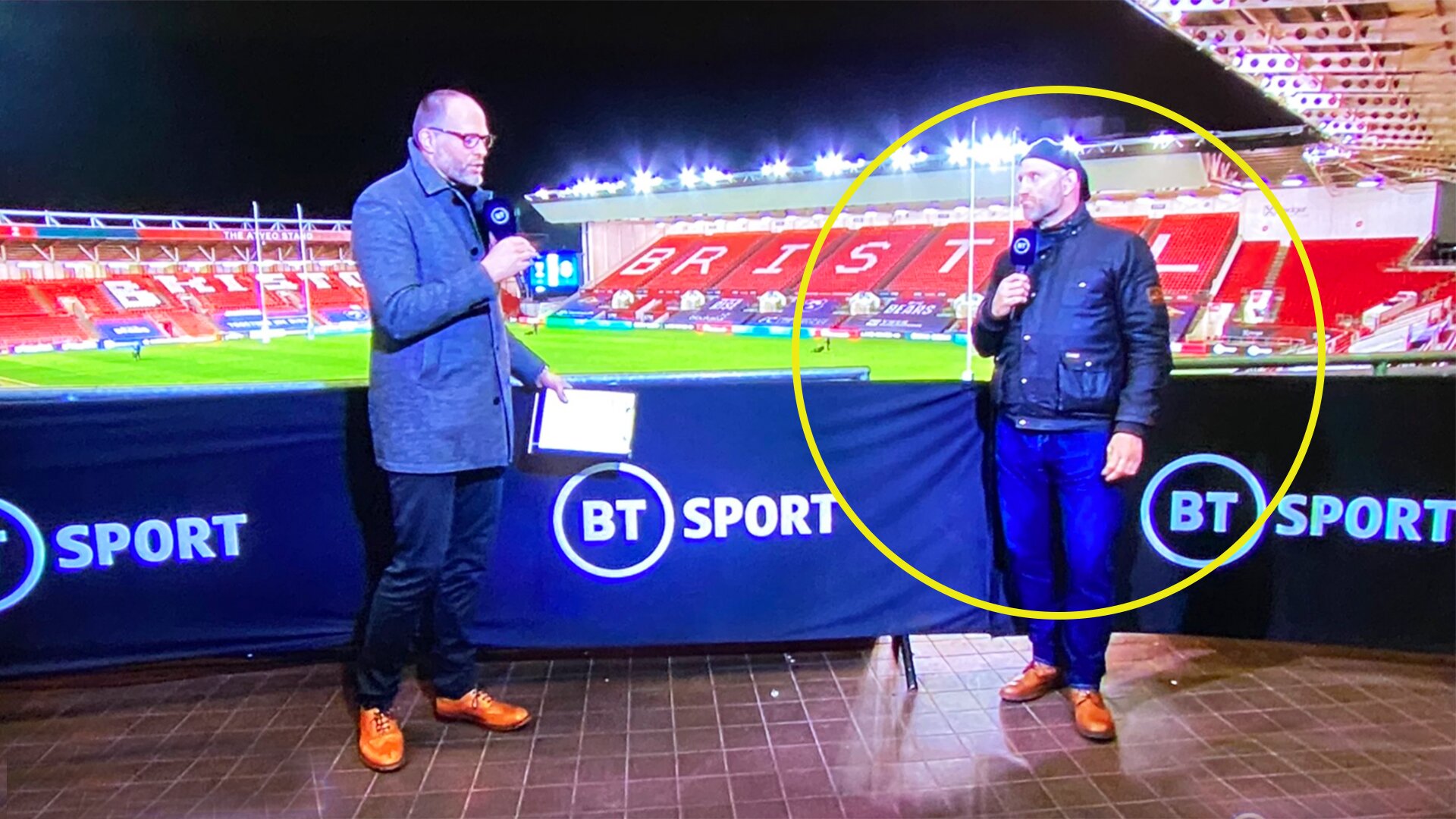 ‘Has he lost a bet?’ – social media erupts after Lawrence Dallaglio television appearance

If you missed the West Country derby in the Premiership last night – you’d be forgiven for being a little confused when you logged onto social media to see Lawrence Dallaglio all over your feed.

The World Cup-winning Englishman has become a regular on BT Sport’s coverage and he was certainly grabbing his share of the limelight in last night’s show.

In recent hours this has blown up with the former Wasps man now trending on Twitter after images of the 48-year-old went viral overnight.

Lawrence went all out with his look for coverage of Bristol vs Bath with a reverse flat-cap look that certainly helped to engage BT Sport’s viewers.

The look got a mixed reaction online, we at Rugby Onslaught have compiled some of the best memes, parodies and tweets for your entertainment.

What..the..actual…f£&k? (WTAF for the kids out there). Lawrence Dallaglio is 6’4″ and nudging 18 stone….he’s the one on the right pic.twitter.com/2srSJqmuLN

Lawrence Dallaglio doesn’t look out of place in East 17!🎩🧢👒🎓👑 @ugomonye couldn’t you have let him borrow your hat?😂 pic.twitter.com/3YpOCFRt1h

The online savagery was unrelenting as the memes and tweets flowed in throughout the night and through till Saturday.

Sorry. Just noticed Dallaglio’s backwards flat-cap and I’m not sure I can cope.

Has dallaglio lost a bet?

What has Dallaglio got on his head? pic.twitter.com/HHZkU7Bclr