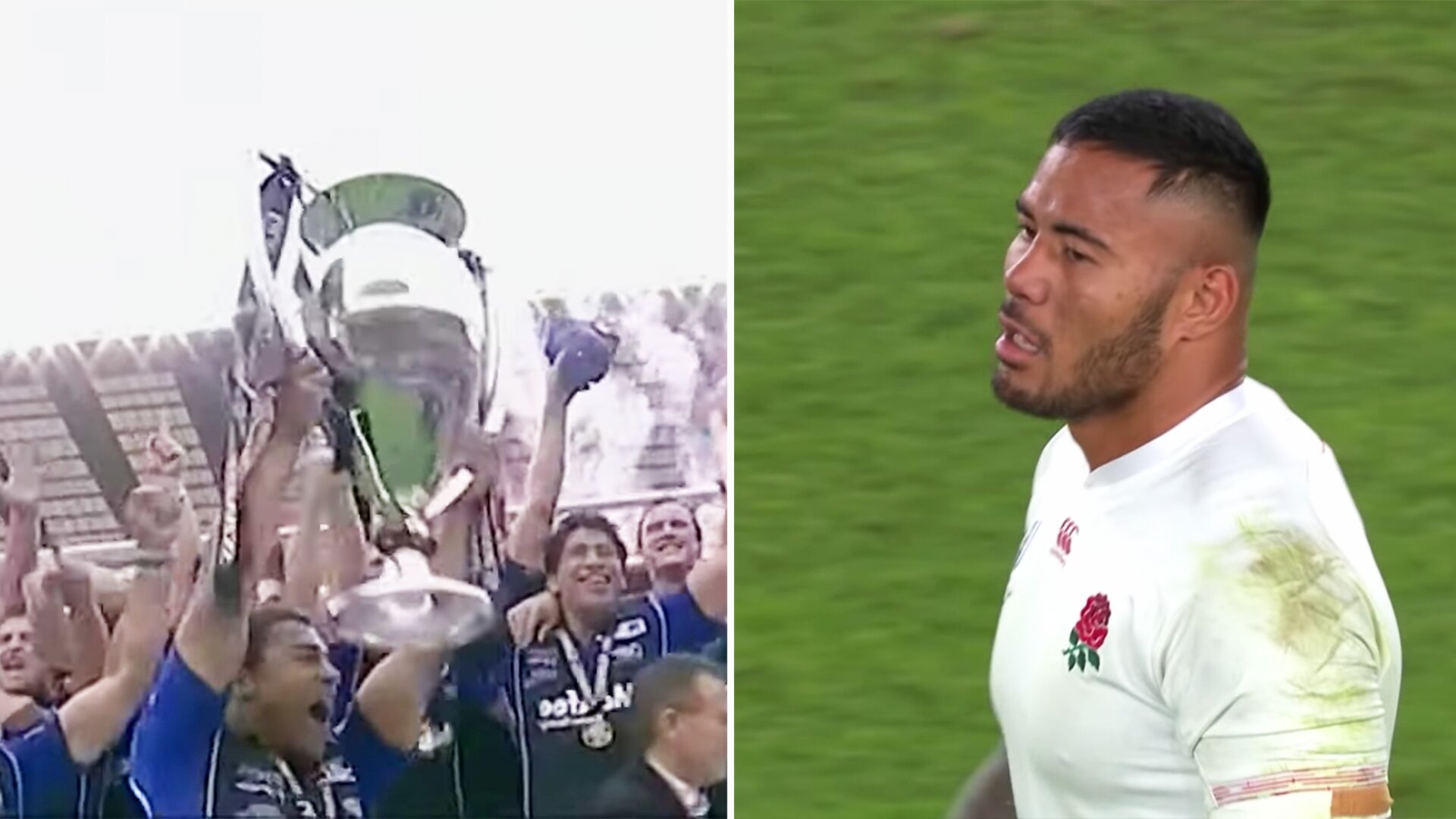 Have Sale Sharks just become the new favourites to win the Premiership?

So it’s finalised then – Manu Tuilagi is now officially a Sale Sharks player.

The news was confirmed earlier today as the England centre posed for photos with a very happy looking Steve Diamond.

What does this mean now for the Gallagher Premiership going forward?

With this new signing, the team from the North West of England will surely fancy their chances to go on and win the coveted trophy once again.

Tuilagi will be joining an already star-studded side with the likes of Tom Curry, Lood de Jager, Faf de Klerk and Denny Solomona in the Sharks ranks.

Shouts of ‘your man’ won’t even work now. https://t.co/eTfZaUZ9jl

When we look at Sale’s remaining fixtures in the league – their chances look even more enticing.

Their next game is a home fixture against Harlequins in a match that they should win with the home advantage followed by a trip to Welford Road to face lowly Leicester Tigers.

This is followed by another home fixture against relegated Saracens who have been out of sorts this season.

These are very winnable games for Steve Diamond’s side.

The real challenge for the Sharks will come in their last three matches as they face some of the toughest opposition in England.

They’ll play Exeter and Wasps before squaring off against Bristol in their final league match.

Steve Diamond will be hoping that with his new star signing he can solidify his side’s place in the top two before they get around to these final three crunches fixtures.

Could he be the man to lead them to a #GallagherPrem title? 🏆

The team itself is formidable.

With the worlds greatest scrum-half in Faf de Klerk in their ranks – they will have world class distribution to feed the likes of Rohan Janse Van Rensburg in the midfield who will now be joined by Manu Tuilagi. These two will make up the most powerful centre partnership in the Premiership.

The Curry twins have been exceptional in England’s top flight in recent years with Tom having starred in the national side over his brother. Ben Curry is every bit as potent as his twin and has shone in the Premiership recently.

After these recent developments – Sale Sharks now must surely be considered a serious contender for this years title.