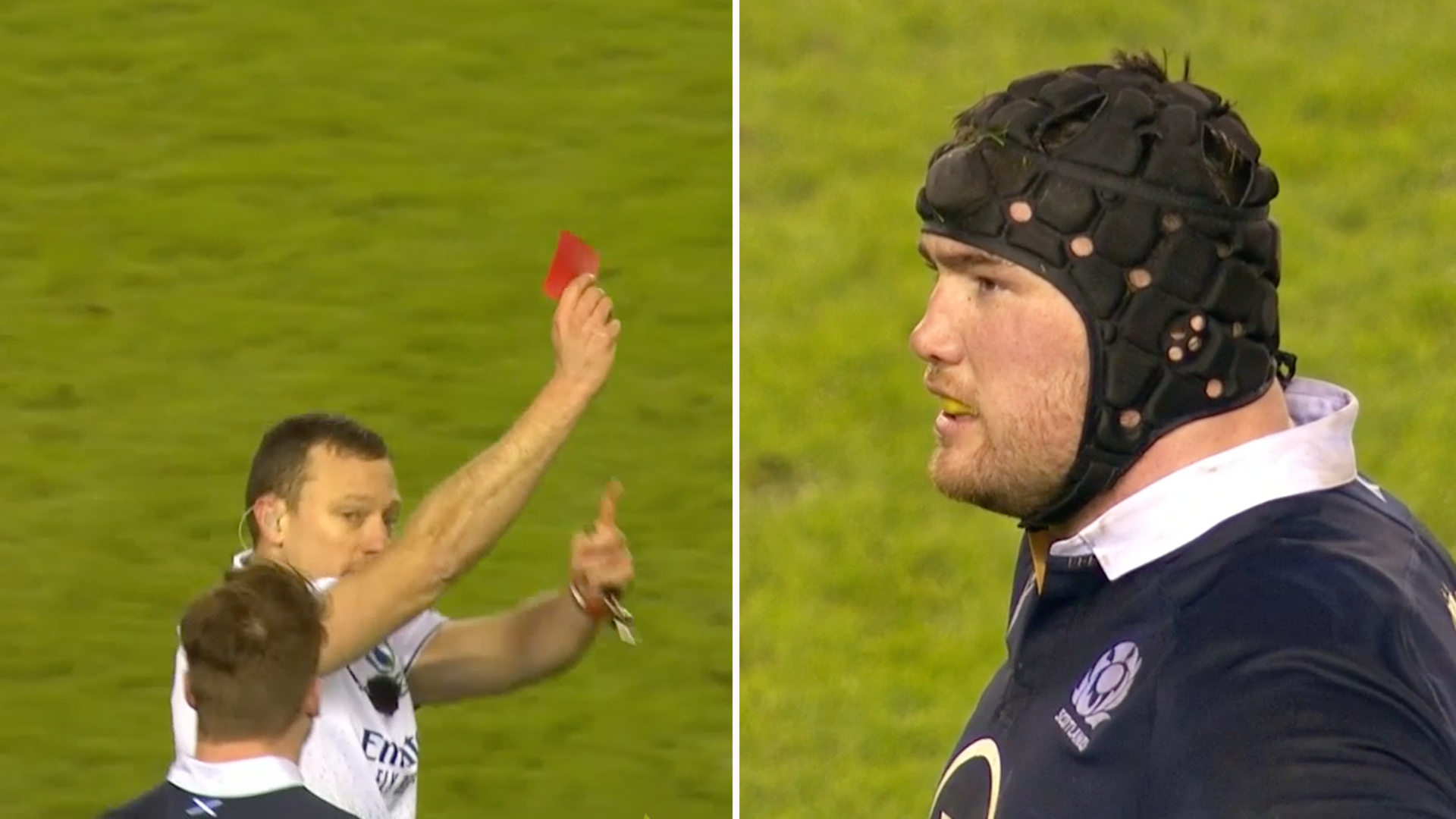 Have Scotland just been robbed of the Six Nations?

It was all going so well for Scotland today after last weekend’s heroic Calcutta Cup triumph over England.

An early try from Darcy Graham followed up by a neat finish from Stuart Hogg soon after had us all feeling like the Scotland Slam was on.

That was until a sending off in the second half that seems to have completely derailed Gregor Townsend’s title challenge.

Scotland started the clash the strongest with this beautiful try from Edinburgh winger Darcy Graham in the first half.

watch the try from the Scotland winger below

Scotland pressed on with their advantage as the half wore on with this score from their captain in the 23rd minute of play at Murrayfield.

Wales fought their way back to eventually win the game through a sublime finish from 20-year-old Louis Rees-Zammit. This was the match-winning try from the Welsh speedster.

watch the incredible game-winning try in the video below

The turning point in the game came earlier, however, after a red card was shown to Scottish prop Zander Fagerson for an apparent shoulder to the head of a Welsh player.

Here was the controversial moment that potentially cost Scotland the Six Nations.

After a lengthy TMO consultation Fagerson was deemed to have committed a sending off offence – the Welsh capitalised almost immediately afterwards with a try of their own.

Pundits and fans alike were split as to whether it was a red card offence.

Forwards need to learn to stop tucking their arms! Would make it look better and easier to mitigate down.

Not cheering for Scotland by any means, but thats a pussy red card. Ref screwed them over. #SCOvsWAL

What do you think? Was it right to send Fagerson off and has it potentially cost Scotland the Six Nations?