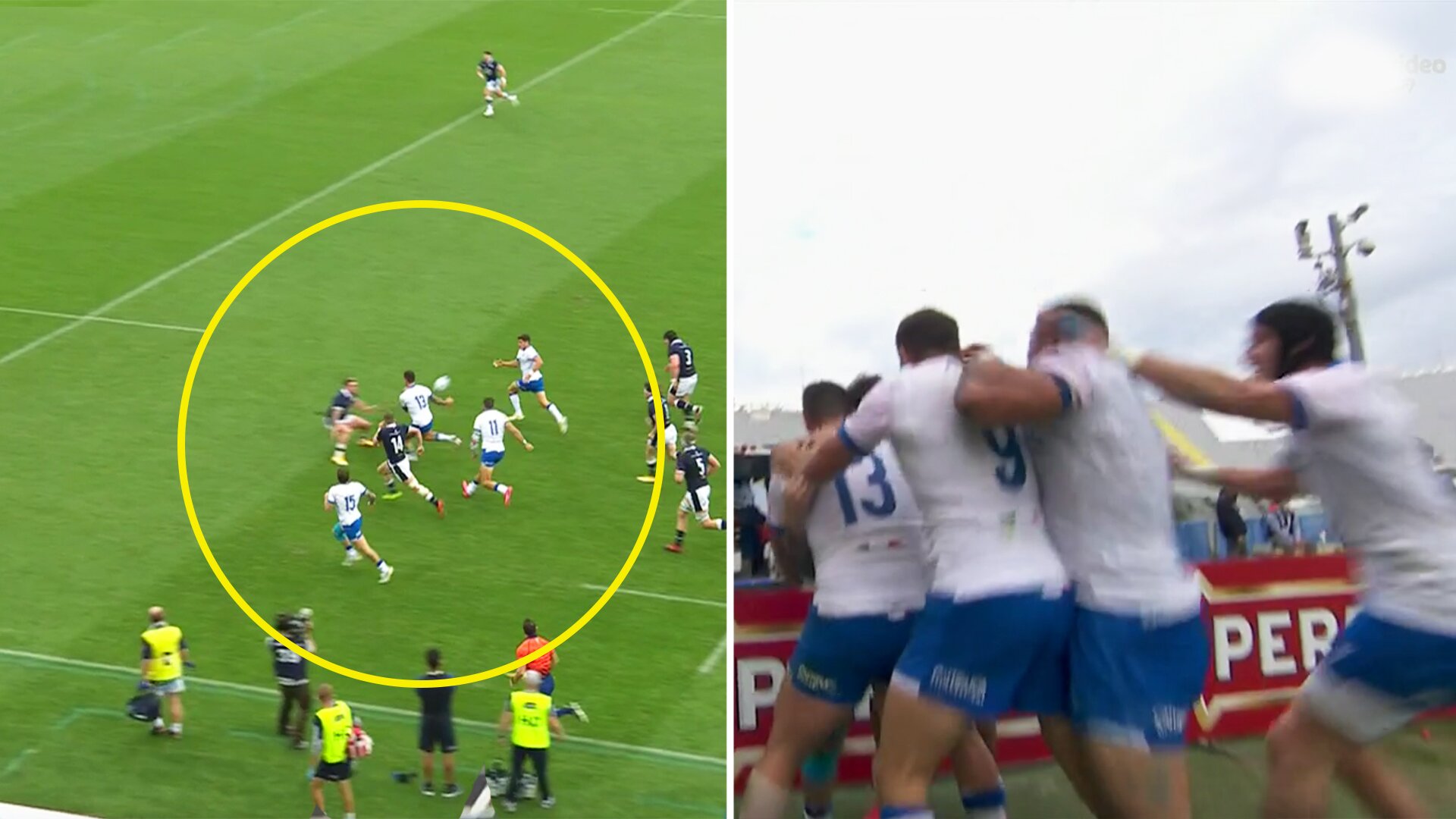 Italy scored one of the tries of the weekend in a rip-roaring half of rugby in the Autumn Nations Cup this afternoon.

The Azzuri came into the game as underdogs after a lacklustre Six Nations showing.

Based on this first half showing, however, it looks like the Italians have gained a new lease of life in this new tournament. This try was arguably the try of the weekend from Wasps full-back Matteo Minozzi.

The Azzuri brought still managed to dominate at the scrum where they traditionally are strong with some scrums that looked more like mauls. The Scots, however, looked threatening out wide with the likes of Darcy Graham and Duhan van der Merwe looking threatening out wide.

This score below from the Italians turned the tide back in the hosts favour just after a run in try from Van der Merwe.

Watch the sensational score, below.

Just minutes earlier, Scotland had looked to take the initiative with a run in try from their left winger. Duncan Weir pulled the strings well in the first half after filling in for the injured Finn Russell and Adam Hastings.

The first half ended with the scores standing at 11-7 to Italy in Florence.

Georgia head coach Levan Maisashvili has made a change to the previously announced match-day squad against England, increasing his side’s forward power for the task of toppling England at Twickenham.

Lock Giorgi Javakhia, who was recovering from shoulder injury gets promoted to the bench instead of mid-fielder Deme Tapladze and so the Lelos will have six forwards and two backs on the bench against Eddie Jones’ England team.

“Results and how we play is not, for me, the measure of whether we play in the Six Nations or not,” Maisashvili said this week. “It’s a first opportunity for us and we need time. It’s not an excuse, but we need time. Who knows what will happen?

“But one thing I definitely promise – Georgia will fight in every game and Georgia will take from every game experience. Game after game we will try to show we are getting better.