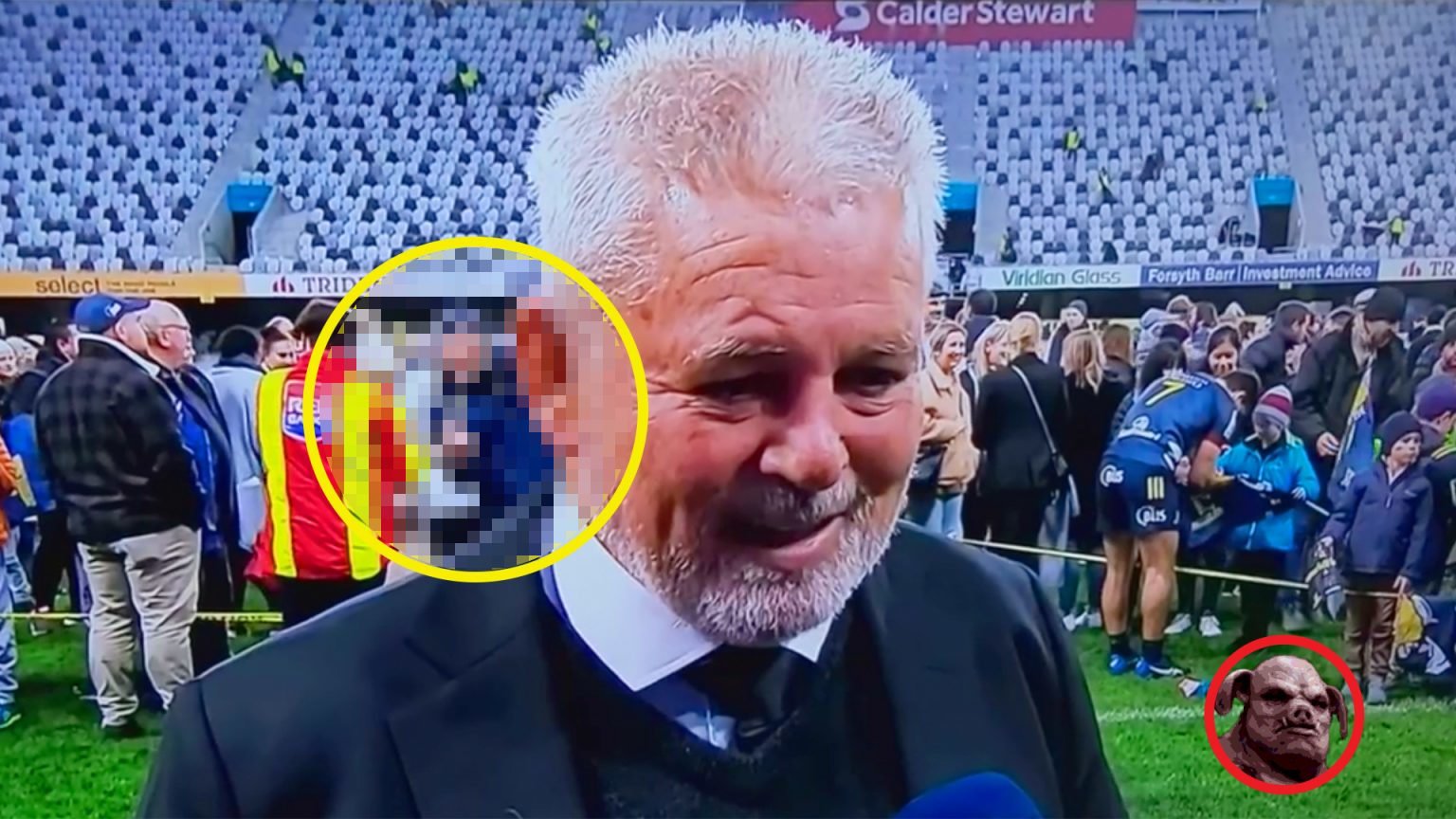 An eagle-eyed Onslaught follower sent us in this still from Warren Gatland’s post-match interview with Sky in the aftermath of his side’s 28-27 loss to the Highlanders this morning.

Talk about being caught red-handed!

No empty stands, no manufactured crowd noise, no face masks, no social distancing…

The strangest thing about the start of Super Rugby Aotearoa in New Zealand is how normal it is: https://t.co/A69eqg1n3k pic.twitter.com/WdORzEQiwi

The clip starts with the former Wales coach being questioned by a Sky reporter when in the background we see what appears to be a Highlanders player taking pictures with friends and family.

We then watch as the, so far unnamed, player turns towards the camera and throws up an obscene hand gesture – clearly in the direction of the Chiefs coach.

We can only speculate as to the identity of this Highlanders player due to the quality of the video footage and the club are yet to release a statement on the incident.

Who do you think the mystery Highlander is?

Warren Gatland’s side came up second best in what was a closely fought Super Rugby opener.

The Dunedin based club won the fierce encounter in the dying seconds of the game thanks to a Bryn Gatland (son of Warren) drop goal to give his side a last-ditch win at the Forsyth Barr stadium.

The match was the first game in which new breakdown rules had been implemented – resulting in a staggering 30 penalties in eighty minutes.

Super Rugby Aotearoa continues with a blockbuster showdown in Auckland at a sold-out Eden Park.

First Super Rugby sell out in many a long year? https://t.co/j0zvkLX2pV

47000 tickets have been sold for the epic showdown between the Blues and the Hurricanes in a match that is hotly anticipated for the Blues star Beauden Barrett to line up against his former side.

Barrett left the Wellington-based Hurricanes last year to move nearer to his wife’s workplace in Auckland.

All Black legend Dan Carter has also recently signed for the Blues – leaving Japanse based side Kobelco Steelers to live with his family in New Zealand.