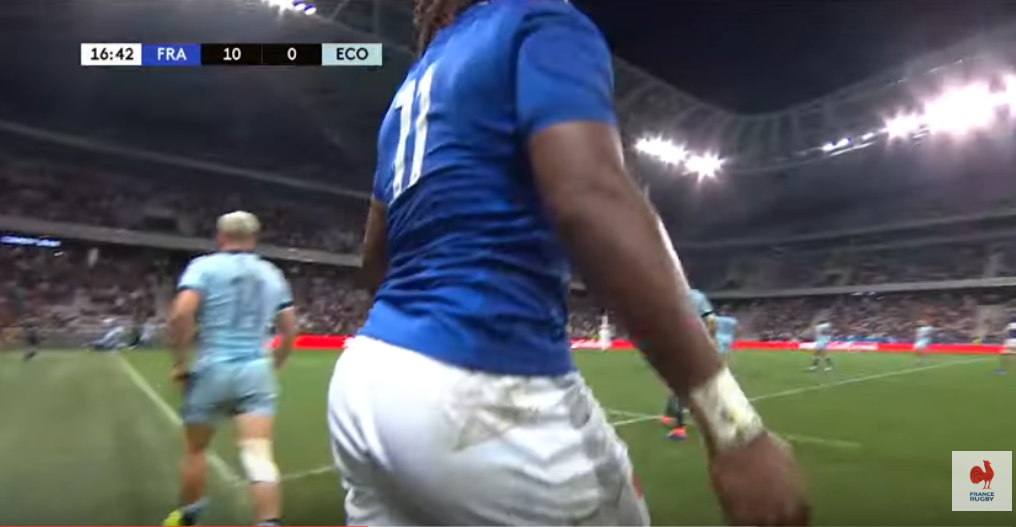 So Scotland were dreadful.

They got their pant pulled down and barely landed a blow in one-sided affair in Nice.

England men U18s were defeated 33-27 by hosts South Africa Schools in their final fixture of the U18 International Series.

Jim Mallinder’s side led 19-13 at the break, scoring tries through Emeka Ilione and Orlando Bailey as well as a penalty try, while South Africa crossed via Andre-Hugo Venter and Jan-Hendrik Wessels.

For England it was their third match of the U18 International Series in South Africa, having lost their opening fixture of the tournament they defeated France in game two.

The series marks the start of the U18 international season for England’s pathway.

South Africa started brightly and were first to cross, Venter bundling over off the back of a rolling maul.

Soon after, Wessels went over in the opposite corner, charging over after a period of sustained home pressure.

Ilione then scored a fine individual try midway into the half to get England back in the game with the flanker showing power to crash through midfield before racing clear and stepping the last defender to cross which Bailey converted for 10-7.

Tharquinn Manuel was sin binned for a late tackle and from the resulting lineout England were awarded a penalty try for a collapsed maul which led to a further card for South Africa with Simon Miller off for 10 minutes.

In that period Jurich Claasens kicked a penalty for South Africa, before Bailey went over in the corner after England had done well to recycle the ball wide to the right wing.

After the break Ward went over in the corner for 24-13, with England’s forwards doing the hard graft in mauling to the opposition 5m from the 22m before the ball was recycled through the three-quarters out wide.

Henco van Wyk jinked through for a third South Africa try before the hosts scored a fourth through Gideon van Wyk to reduce the deficit to 24-23.

Jurich Claasens kicked a penalty for the lead, while Bailey made it 27-26 to England soon after.

But Keane Galant crossed in the corner, which Claasens converted and despite late pressure South Africa Schools held on.