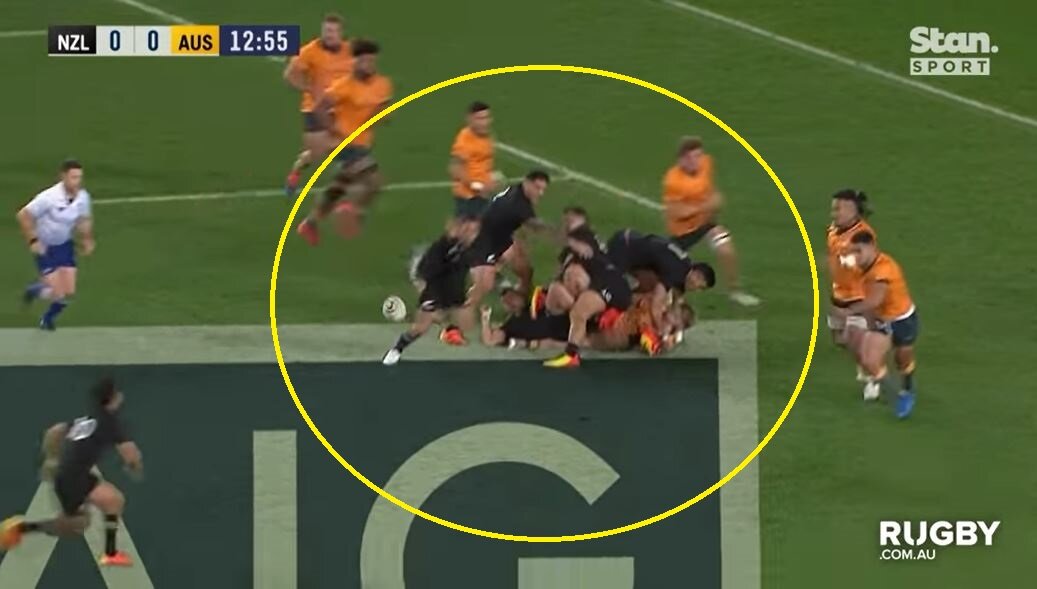 David Havili and Richie Mo’unga got smoked here. We have a lot of respect for the All Blacks and these two players, but this is worryingly.

The question is, can the All Blacks ever be truly competitive on the world stage again? Time will tell. Personally, we think this will only happen if Ian Foster is giving his notice and Warren Gatland comes in to show them how it’s done.

The All Blacks team for the first Bledisloe Cup Test against Australia featured seven Crusaders.

The Rugby Championship organisers and World Rugby continue to adapt and action contingencies due to the evolving and challenging global pandemic. Travel for the teams and match officials, along with quarantine requirements have resulted in a combination of neutral and non-neutral appointments for the fixtures.

The opening match of The Rugby Championship between New Zealand and Australia in New Zealand on 14 August will again see the all NZ team in action but with Pickerill referee, Williams and Fraser assistant referees and Newman TMO.

Andrew Brace (Ireland) will take charge of South Africa versus Argentina on the same day in Port Elizabeth, while Karl Dickson (England) will referee the second match-up between the two teams the following week.