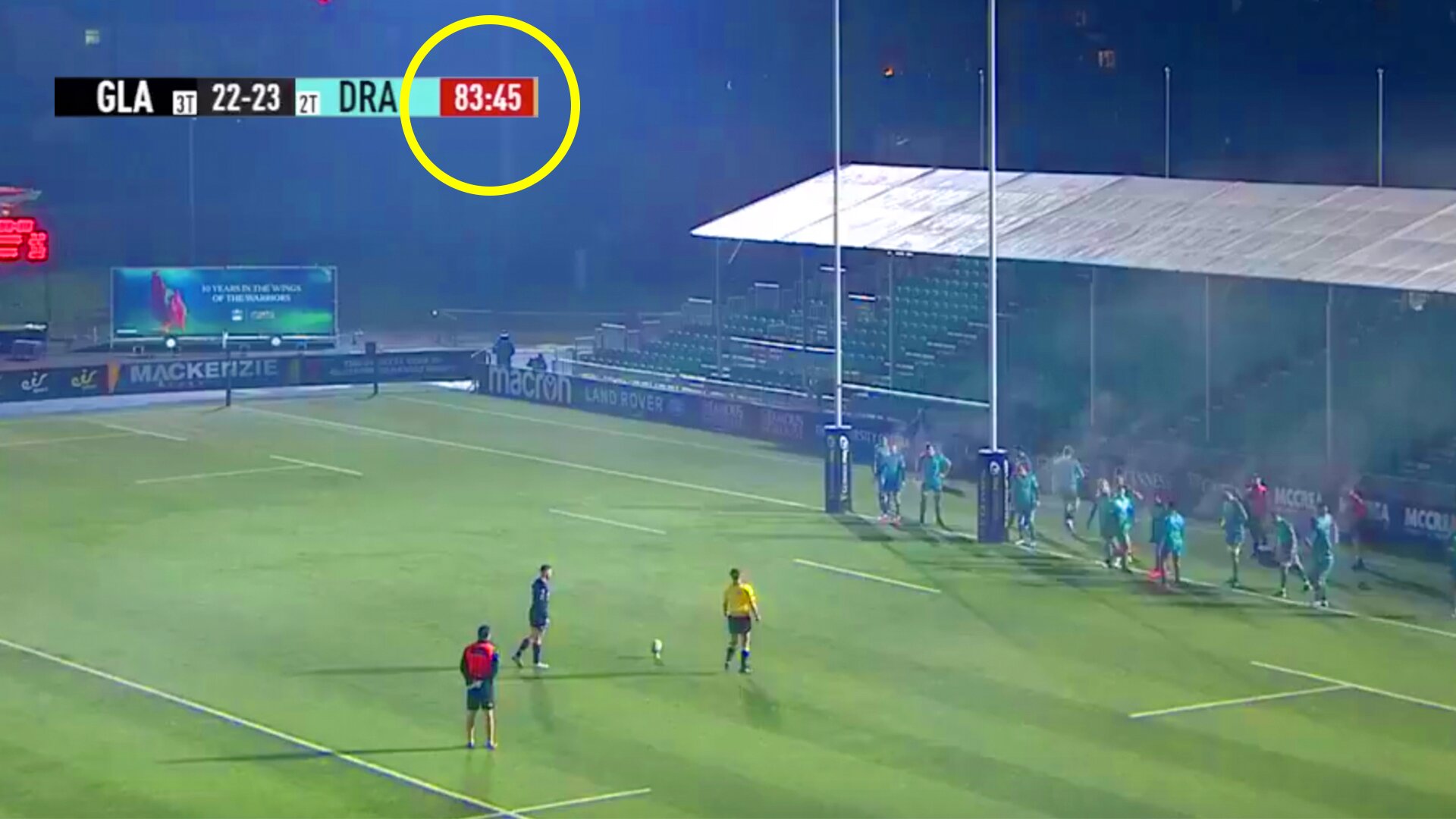 There was a horror moment in the PRO 14 yesterday as Glasgow Warriors fly-half Brandon Thomson stood up to take a kick in the final play of the game.

Glasgow was losing by 1 point in the match when the Scottish team were gifted with a golden opportunity to win the game with the clock well into the red.

The South African fly-half cruelly missed the final kick of the game as it hit the left-hand side of the post, gifting the Welsh team the win.

The men in grey and blue are currently struggling as they sit at 5th in Conference A of the PRO 14.

It was good to see Jamie Roberts and other Dragons players consoling Brandon Thomson after the final whistle. An awful moment for the young South African missing that conversion. Would have wanted the ground to open up in front of him.

Brandon Thomson is a young guy who’s had an absolutely hellish time with injuries over the past year. I’d hope the first reaction of Glasgow fans would be to want to put an arm round his shoulder after tonight.

Brandon Thomson should not be playing for us. How can you miss a kick right at posts. I know he must feel awful but he cost Glasgow the win. It just embarrassing.

It was a painfully cruel way for Thomson to end the game after he made some sensational kicks before that happened for the men from Glasgow.

Thankfully, many fans on social media have been sympathetic to unfortunate luck, bad conditions surely played a factor in it as well.

Here is the moment he misses the final kick of the game.

WOULD YOU BELIEVE IT?! 😳

Brandon Thompson hits the post for @GlasgowWarriors who were in touching distance of a win, but its @DragonsRugby who have secured the victory!

The win means Dragons stay above Glasgow in a game which surely will have a lot of importance to the rest of the competition as a whole.