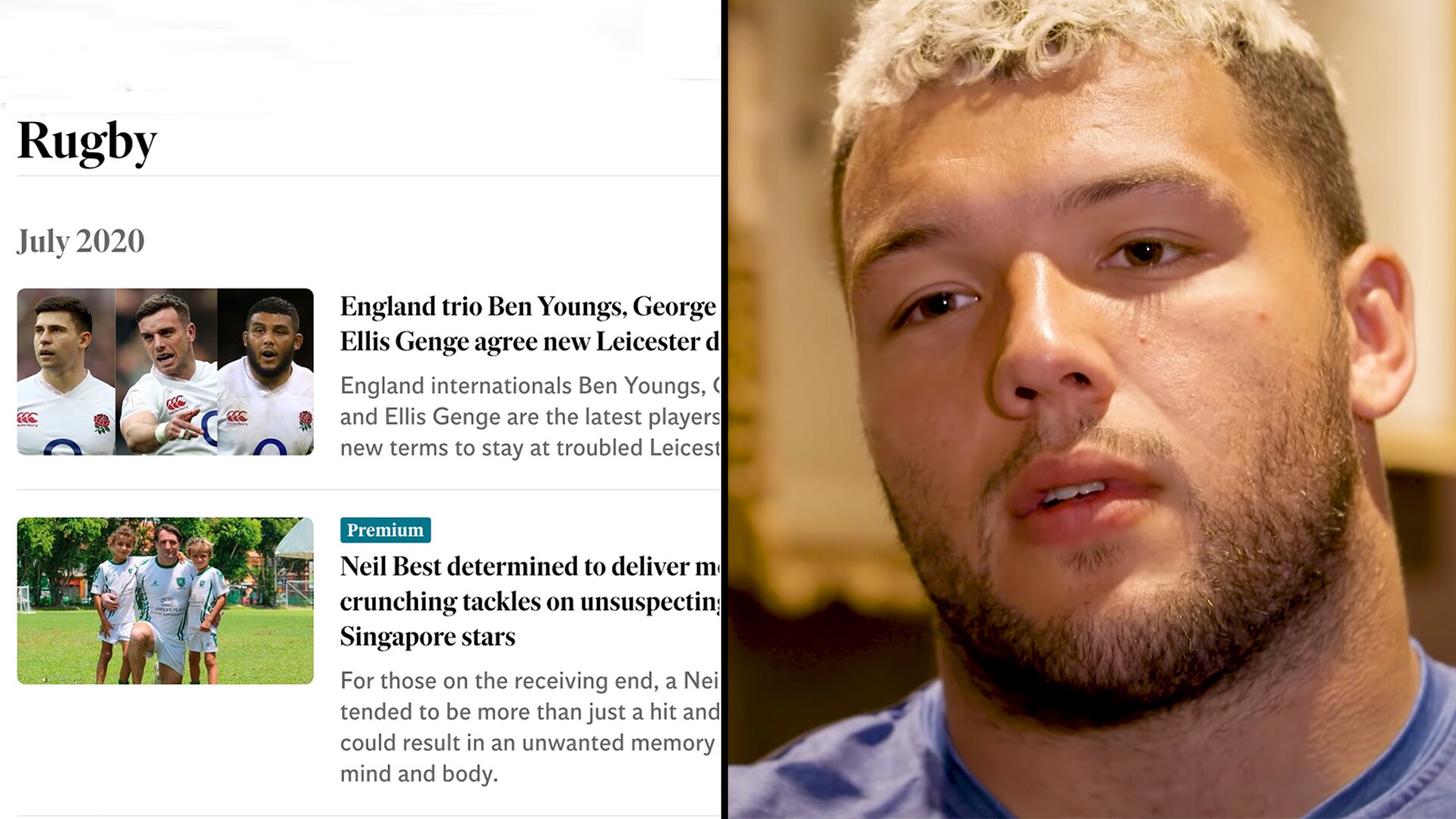 A major publication ‘The Belfast Telegraph’ has come in for criticism after it used an image of Lewis Ludlam to convey a story about Ellis Genge.

This comes just a month after BBC Sport did the same with Ludlam and Genge leading to a fierce backlash from the England stars.

This has occurred just in the last hour.

Ellis Genge spoke out last month after the BLM protests.

After his comments about the statue of Edward Colston being dragged into the river in Bristol – the BBC covered a story with Genge’s face in the thumbnail.

Fans online have reacted with dismay to this latest error from a major publication.

The Belfast Telegraph hastily amended the picture on their site but not before swathes of angry fans made their feelings known about the picture error.

Here’s the first mention of the mistake online.

Hey, @BelTel_Sport. See that picture you’ve used? That’s not @EllisGenge.
Sort it out, and apologise.https://t.co/5hIEscRGbo

@EllisGenge getting fucking tired of this

Not again, surely? This is totally embarrassing.

Ellis Genge and Ludlam have since responded with these tweets

So happy to see you’ve signed a few at tigers mate @LewisLudlam big call from you! pic.twitter.com/mJM7lUnigM

Vunipola the latest to confirm commitment to Championship season with Saracens

Manu Vunipola is the latest Saracens academy graduate to commit to the club’s forthcoming 2020/21 season in the Championship, the young fly-half agreeing terms that will see him stay with the Londoners through to 2023.

Preparing for life in the English second-tier, Saracens have shown their faith in numerous up-and-coming players by offering them extended deals to help them through the novel challenge of next season and beyond. Vunipola now follows in the footsteps of Joel Kpoku and Sean Reffell by agreeing to fresh terms.

Since making his senior debut against Harlequins in last season’s Premiership Rugby Cup, the 20-year-old England U20s player made 21 club appearances, including debuts in the Premiership and Heineken Champions Cup.