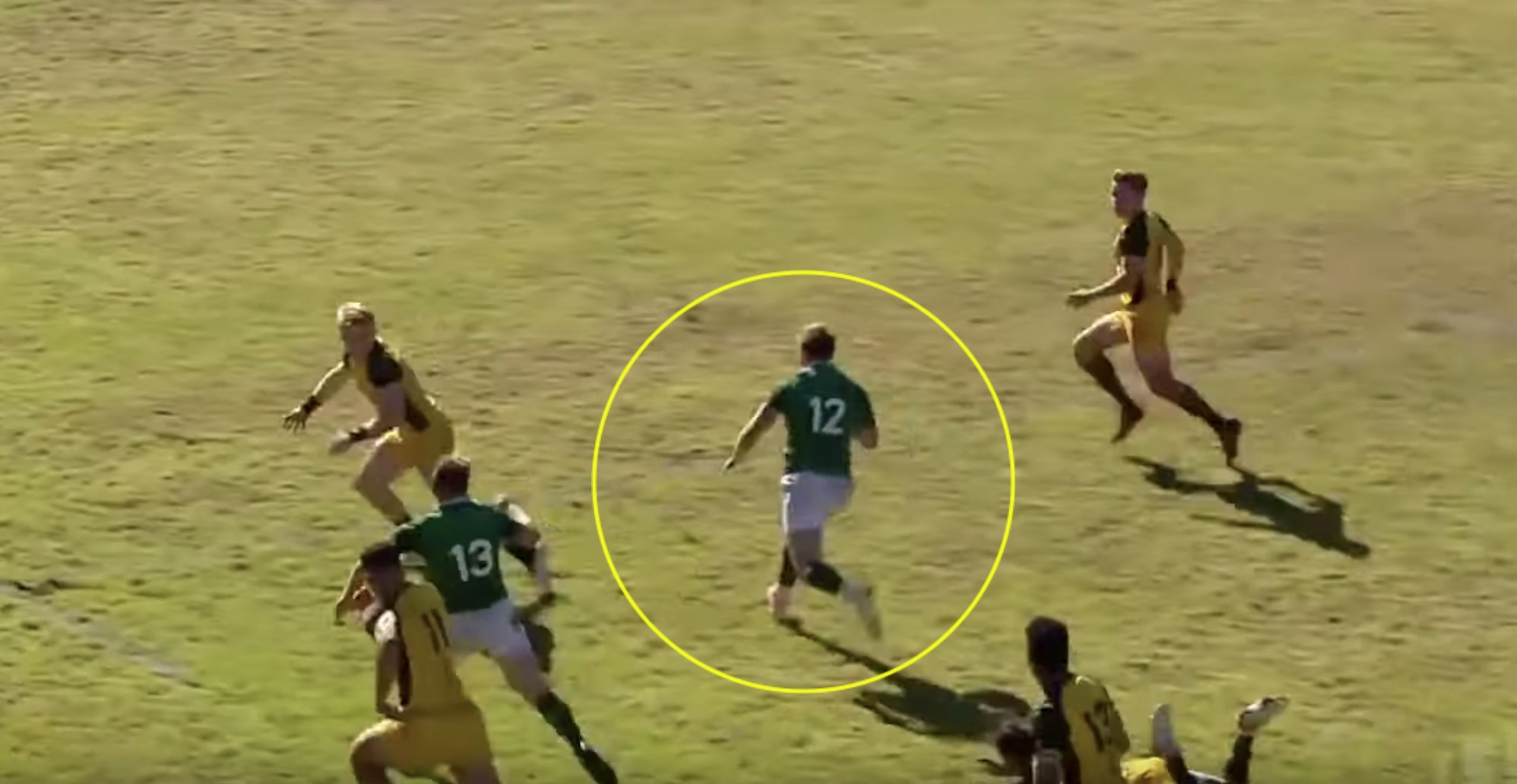 Excitement is growing around Ulster and Ireland Under 20s centre Stewart Moore as an exciting highlight reel has dropped on the player.

Moore has impressed massively for both club and country of late and the centre is becoming known for his strong running lines and offloading off the ball.

He has played for Ireland in the recent Under 20 World Championships and Moore is definitely one to watch for the future.

France have successfully defended their World Rugby U20 Championship title, beating Australia 24-23 in the final in Rosario, Argentina on Saturday.

The future of French rugby looks to be in safe hands after Les Bleuets became the third team to win back-to-back U20 Championships finals. France join New Zealand (2008-11) and England (2013-14) in defending the coveted title after denying Australia a first title in the same Argentine city where the Junior Wallabies first reached an U20 title decider in 2010.

France and Australia produced 80 minutes of pulsating rugby that kept fans on the edge of their seats. The lead changed hands no fewer than seven times before France fly-half Louis Carbonel kicked what proved to be the winning penalty with 15 minutes to go at the Racecourse Stadium.

Carbonel had been the star of France’s first title success on home soil last year, kicking 23 points in their defeat of England in the 2018 final. He pulled the strings once again in this title decider as Les Bleuets recovered from conceding the second fastest try in U20 Championship final history when Mark Nawaqanitawase dived over after only 49 seconds.

While France were celebrating, it was dismay for Scotland after Fiji found the perfect time to score their most points ever in a U20 Championship match, securing a 59-34 victory that guaranteed their place in the 2020 tournament and condemned Scotland to relegation to the World Rugby U20 Trophy for the first time.

South Africa were the final team on the podium after beating hosts Argentina 41-16 to win bronze for the third tournament in a row and the eighth time in total. The final score could have been closer, had Argentina not missed six kicks at goal before the Junior Springboks scored two tries in the final eight minutes to put the gloss on victory at the Racecourse Stadium.

Three-time champions England came out on top in a 10-try fifth place play-off against Wales to triumph 45-26, while New Zealand finished their campaign with a 40-17 victory over Ireland to claim seventh place – their lowest ranking in the 12-year history of the U20 Championship. Italy, meanwhile, finished with a flourish by scoring 22 unanswered points to beat Georgia 29-17 to claim ninth place.

World Rugby Chairman Sir Bill Beaumont said: “Congratulations to France on their victory in Rosario today. The team showed tremendous tenacity to win by such a narrow margin in what was a thrilling conclusion to this year’s World Rugby U20 Championship in Argentina. Their fantastic achievement of back-to-back titles shows that the future is looking bright for France ahead of Rugby World Cup 2023. I would also like to thank the Argentine Rugby Union for hosting such an incredible tournament, which delivered passionate fans, a thrilling atmosphere and scintillating rugby from start to finish.”