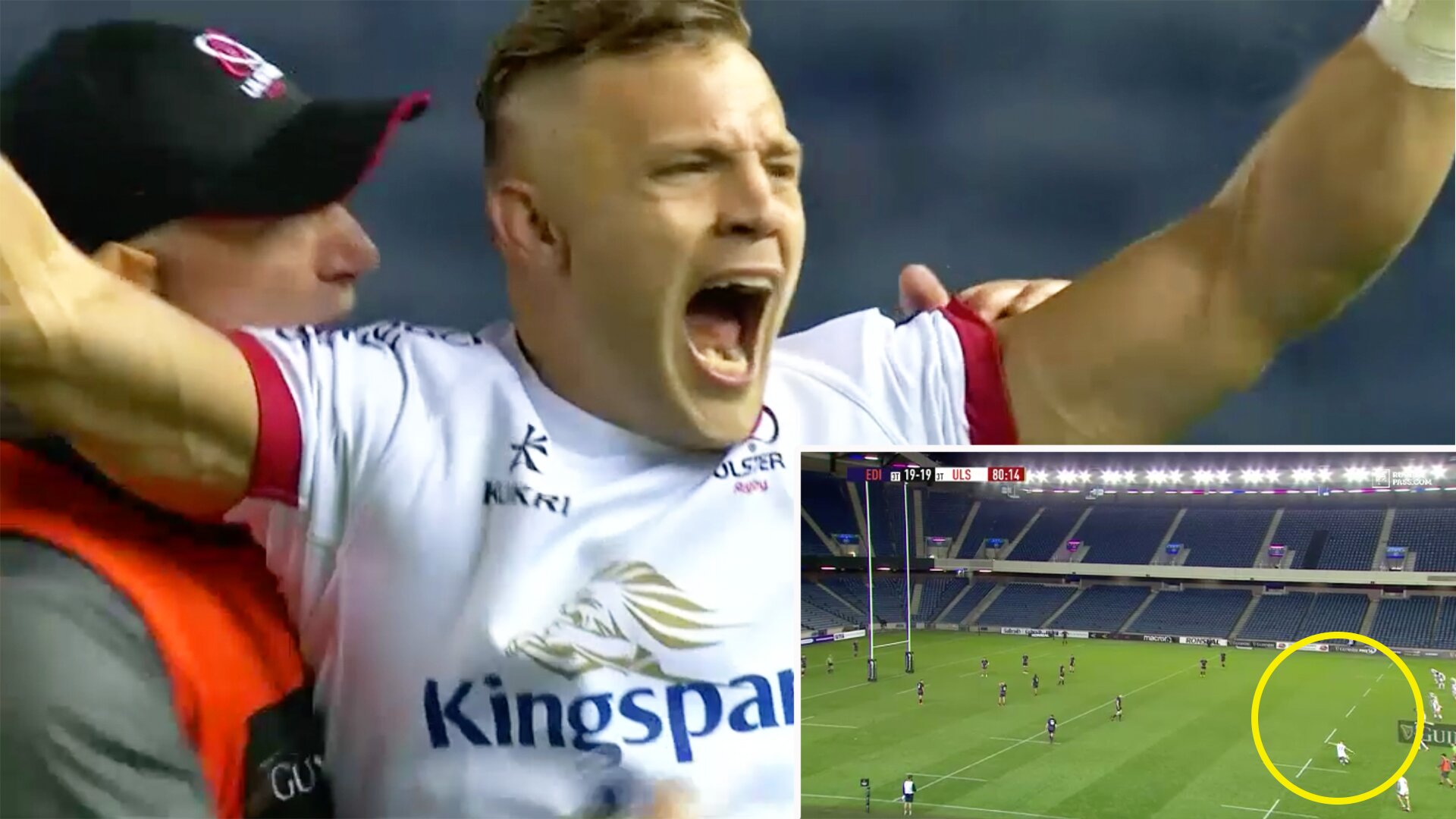 There are already calls for Ulster to rename the Kingsman to Madigan Square Gardens after Ian Madigan performed heroics in the dying seconds to put Ulster into the Pro 14 final last night.

The clash, held at Murrayfield, would see who would match up against Leinster in next week’s final.

The home side started brightly with a well-taken try after just 13 minutes after smashing through a last gasp John Cooney tackle to put his side into the lead.

What a start from @EdinburghRugby 🔥@McInallyStuart with his first try of the season and what a time to get it!

The score remained at 5-0 to Edinburgh until the break until Scotland star, Darcy Graham, added to his side’s lead early after the interval with this well taken try in the corner after some wonderful hands from their backs.

It looked like Edinburgh were destined for the final after this score.

Final score predictions at this stage??

Ulster weren’t out giving up without a fight though and hit back almost immediately.

We see as Ulster talisman Marcell Coetzee makes a wonderful break before shipping it wide for Rob Lyttle who shows some spectacular footwork to beat the last man and run it in.

GAME ON 🔥@Rob_Lyttle dances his way in after a great break by @marcell_coetzee 💪@UlsterRugby comeback anyone? 👀

Edinburgh replied with a try of their own to to take the scores to 19-7 but Ulster hit back with yet another score to bring it to 19-14. This really was shaping up to be one of THE classic knockout matches in this competition.

On 74 minutes we see as Ulster level the scores of the back of a brilliant attacking lineout from 5m out. Ian Madigan nails the touchline conversion to take the scores to 19-19

IT’S LEVEL 🤯@Ian_madigan with the clutch kick, of course!

The game look destined for extra time until Ulster won a penalty from 45m out just as the clock was going into the red.

Fans were raving about this match on social media during and after the game.

Amazing #UlsterRugby come back from 12 points down & @Ian_madigan with the clutch moment. The team owe everything to in my opinion the amazing coach who in two years has transformed the culture within the squad and province as a whole! #SUFTUM

Yes @Ian_madigan !!! So pleased for one of the nicest men in rugby https://t.co/Or8dpw5bIK

This is a fantastic match…four minutes to play, all square. What a blinking game…give it Darcy Graham…. https://t.co/pjLMzbAXYL

Magical kick. Imagine being on the side lines for the best part of 2 years and then doing this. https://t.co/pguxArtBzM

Ulster now go on to face Leinster in an all Irish Pro 14 final that promises to be a thriller.