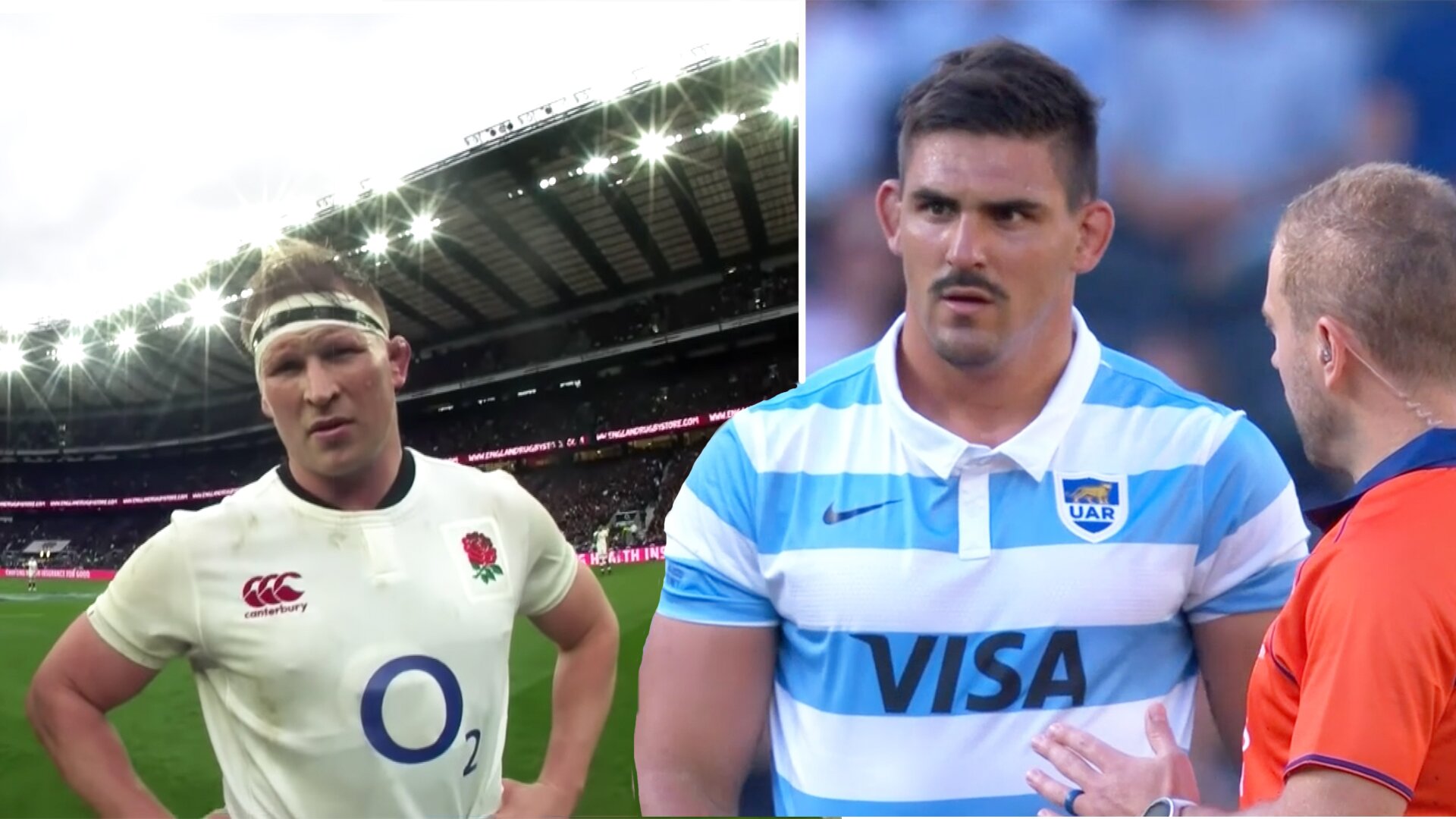 ‘If i’d have said that i’d be laughed off the pitch!’ – Dylan Hartley’s take on viral Matera moment

Dylan Hartley has given his take on the viral Pablo Matera moment from last weekend’s Tri-Nations clash.

The Pumas captain confronted referee, Angus Gardner, after an altercation between him and the New Zealand players saying, ‘They show no respect, i play for my country.’

The line from the Argentinian skipper has grabbed headlines this week but former England captain, Dylan Hartley, had an altogether different view on the viral Tri-Nations moment.

Speaking on this week’s RugbyPass Offload podcast, Hartley had this to say on the issue.

‘Zeebs, if i’d ever said. People would be like shut the hell up – It’s so good, it sounded so good – the passion really comes through. It just shows how subjective these things are. It does help that he had an absolute stormer of a game.’

He then went on to talk about how hard hit Argentina has been by this year’s pandemic and likened it to South Africa’s World Cup-winning campaign of 2019 with the side having to overcome adversity before the tournament began.

Sitting on my couch watching this game wondering how this isn’t a global sport 🤔.

Am I being biased when I don’t see how a sport that has players sent off for hitting too hard is.. #Origin

Kiwi NRL star Shaun Johnson has appeared to criticise rugby for sending players off for “hitting too hard” and wondered why rugby league isn’t as big as union globally.

The Cronulla Sharks star tweeted during last night’s State of Origin decider, where Queensland upset New South Wales 20-14, about being bewildered that league isn’t a bigger sport than union, considering how the 15-man code seems to be brandishing red cards too liberally.

“Sitting on my couch watching this game wondering how this isn’t a global sport,” Johnson tweeted.

“Am I being biased when I don’t see how a sport that has players sent off for hitting too hard is.”

Johnson, who is recovering from an Achilles tendon injury suffered in September, is likely referring to the fourth Bledisloe Cup test between the All Blacks and the Wallabies, where two players were sent off, sparking a debate about rugby’s laws on high tackles.

Both All Blacks prop Ofa Tuungafasi and Aussie rookie Lachlan Swinton were sent off and subsequently suspended for apparently accidental high shots, prompting many to argue that red cards are ruining the spectacle of rugby.