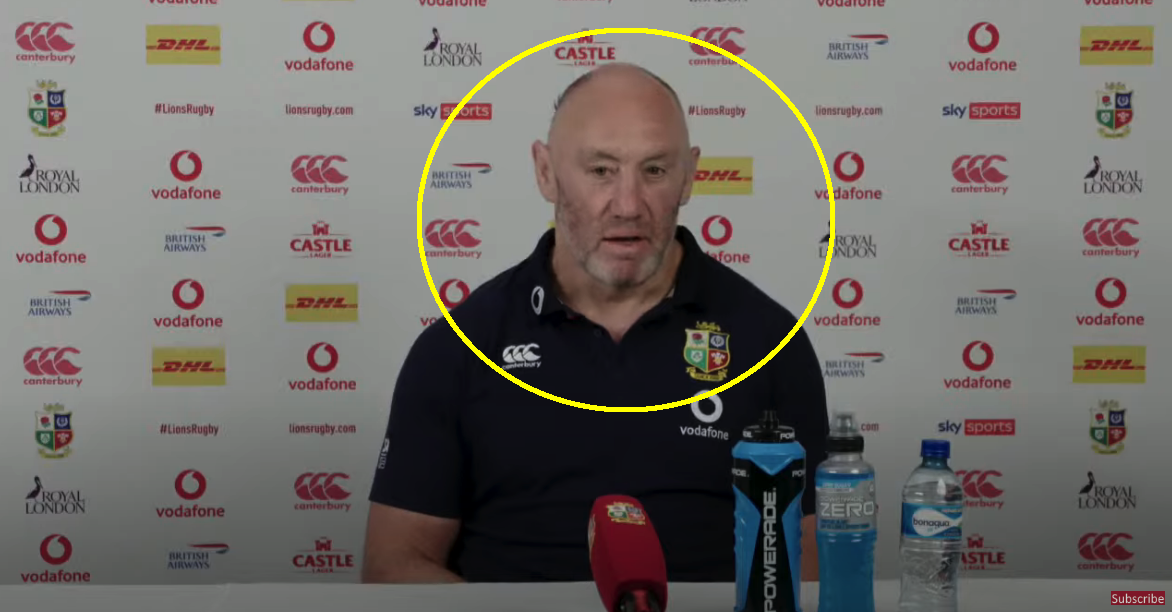 ‘In the scrum, we’re not here to match them, we’re looking to go beyond that’: Lions’ warning to Boks

British & Irish Lions assistant coach Robin McBryde has sent a monumental warning to South Africa and their scrum ahead of the first Test in Cape Town tomorrow.

In an area of the game where the Springboks usually dominate their opponents, the Welshman has said that the Lions are not seeking to simply match the world champions in that department, but plan to go beyond that, stressing their intentions to the referees.

The Lions took a lot of confidence from their encounter with South Africa A, and though they were on the losing side, McBryde has thrown down the gauntlet in terms of the set piece battle.

“We saw how much of a part the scrum can play in the RWC final,” the former Wales and Lions hooker said.

“Where every scrum became an area of pressure put on England, an opportunity for the Springboks to show dominance, and they had the majority of calls in that area during the final.

“When any team measures themselves on a certain aspect of play, if you take that away from them, or if you match them, or they don’t get any advantage from that area of play, whatever it may be, then you’re going to take it as a win for yourself. The amount of time teams spend on certain areas in order to maintain that advantage, if they don’t get it then you challenge them to go to Plan B, with regards to ‘right, we’ve matched you here, what else have you got?’

“So without doubt we can take a lot of positives from the A game, but I’m expecting them to come harder again in the same areas and if anything, that’ll make them a little hungrier as well. They’ll rise to the challenge again, because they’ll see it as ‘right, we need to go harder, we need to do certain things better.’ So we’re going to have to do the same thing from our end.

“What we were keen to stress to the referees, in particular in the scrum, was that we’re not here to match them, we’re looking to go beyond that and build on the performances that we’ve had to date.

“We’re going to give it a good go. Dominating is a big word to be using when you come up against the best team in the world, the World Cup champions, they pride themselves on that area, but we’re going to have a good dig at it.”